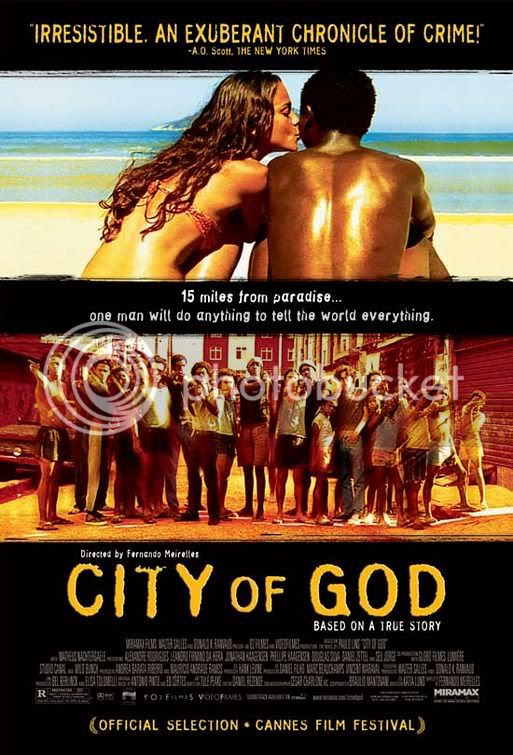 It wasn't so long ago that the name Fernando Meirelles was synonymous not with overreaching arthouse pomposity, but the unbridled ambitions of new talent. City of God has always been overrated, but watching the film again suggests that such unchecked praise may have actually been the tipping point of the director's downfall. With a superficial adherence to the GoodFellas formula pandering to fanboys and critics, many mistook his stylistic distinction for aesthetic profundity, and Meirelles's style quickly became its own form of content, as The Constant Gardener superficially shuffled the same look, now heightened, into an altogether inappropriate narrative setting. Here, the mania of the Meirelles look - overexposed colors and jittery, caffeinated camerawork - is hit-or-miss in its evocation of ghetto life, often masterful in its distillation of exposition into pure sight and sound energy (particularly the tragic sequence at a dance party) but equally frustrating in its overall lack of narrative focus. Similarly problematic is the use of the protagonist Rocket's (Alexandre Rodrigues) narration to tell the story; as one of the few individuals to grow up in the film's Rio de Janeiro slums without being accosted by the local hoodlum culture, his relationship to the central conflicts remains minor and incidental while his own story remains largely unexplored and forgotten, thus exposing his thinly veiled role as a screenwriting device. Such a role feels even more disingenuous as the film's violence borderlines on exploitation, as such Pulp Fiction-reminiscent flashes function less to booth the audience's adrenaline than to diminish the gravity of portrayed suffering. The visceral and artistic excitement remains on surface-bound, where City of God remains a film of impressive, if superfluous, accomplishments.
7 comments: