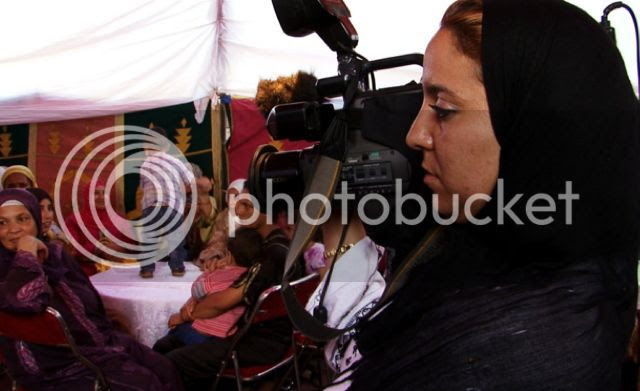 Less output than I'd have liked the past few weeks, but given that I've finally started proper full time employment for the first time in nearly two years (as opposed to multiple part time job employment in excess of 50 or 60 hours a week), I consider this much in the way of published material to be something of a triumph.

The meatiest is by far my coverage of this year's Human Rights Watch Film Festival, which starts today and runs through June 23 (details here). I covered only six of their 20 films this year, and next year hope to go even more expansive; of the six, Camera/Woman (pictured above) was by far my favorite. At Slant Magazine you'll also find reviews of the disappointing The Guillotines as well as the recent DVD release of the complete animated Beetlejuice series. Last and, to these eyes, most certainly least (in terms of the film; as far as the writing goes, I leave that to your eyes) is my Southern Berks News piece on J.J. Abrams' rank Star Trek Into Darkness. Retch.
No comments: