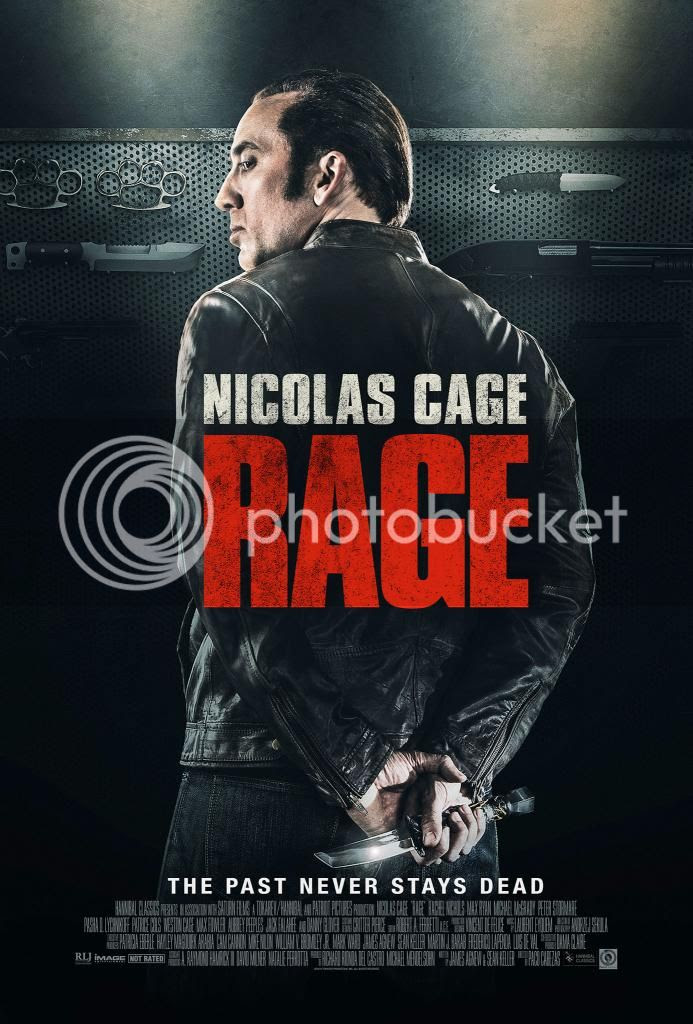 Rage (aka Tokarev) begins with what appears to be unbridled enthusiasm for otherwise well-worn genre trappings, although it's difficult to determine just how much of this is the film riding the coattails of one Nicolas Cage's particular brand of bottled-lightning near-hysteria. Cage is Paul Maguire, a former criminal whose long-standing efforts to go straight are infringed upon when his teenage daughter is kidnapped, ostensibly by Russians with a long-standing grudge. With no shortage of bloodshed or cruelty, Paul enlists some of his friends to search for clues as to his daughter's whereabouts, and the motives of those who took her.

An early scene in which a near-catatonic drug addict is tortured for information is but the first of many miscalculations that rob the film of its initial gusto without adding anything in the way of moral gravitas. The theme of cyclical violence is an admirable one to unpack, particularly within the context of what is ultimately a nihilistic thriller, but ultimately both this narrative conceit and director Paco Cabezas' bag of tricks wear thin, and even a small parade of faces familiar to such proceedings (e.g. Peter Stormare, Danny Glover) are unable to do much more than go through the motions. Rage is less disrupted by moral confusion -- indeed, it's sense of ambivalence towards violence is almost necessary, in the same sense that even anti-war films can be exciting -- than by a stultifying apathy, it's sobering conclusions heartfelt, but ultimately unearned.
No comments: