The 25 Best Horror Films of the Aughts 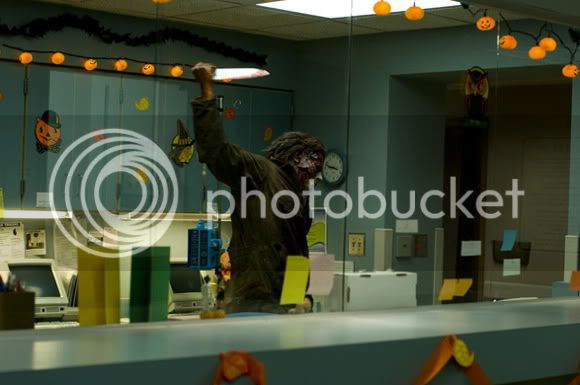 If you haven't peeked at it already, now is a good time to head over to Slant for our recently published list of the last decade's scariest, or best, horror films. I voted for the list based on the former quality, although there would be only minor changes had I shifted my qualitative focus to the latter. I managed to hold on to a few blind spots on the final roster, and of course there are a few I'm sad to not see represented (see below). That said, it's still an admirable collection to these eyes (the only perfect lists are our own), not just because I like about 90% of what's on it, but more essentially because it makes me ask questions.

A good example would be that I didn't at all experience #20 as a horror film, but I've now been sufficiently convinced that I probably could. It also helps that I voted for another of that director's films, and really chewing on the matter, I sorta doubt he could ever make a film that was entirely without horror aspects. His latest will serve as a test that theory. (I'm talking, of course, about David Cronenberg.) Then there are some other great flicks that I would have liked to have seen considered, such as Red Eye and especially There Will Be Blood, which strikes a certain Gothic chord not unlike Dryer's Vampyr. But I'm rambling. It's a good list. Click the linked picture above.

My write-ups come in at numbers 19, 15 and 6, and on the point of the last one, I'm fully prepared to dig my heels in and fight to the death on its excellence. You shouldn't be surprised to know it came in at my top spot. Here's my top ten.

Attack of the B Movie! 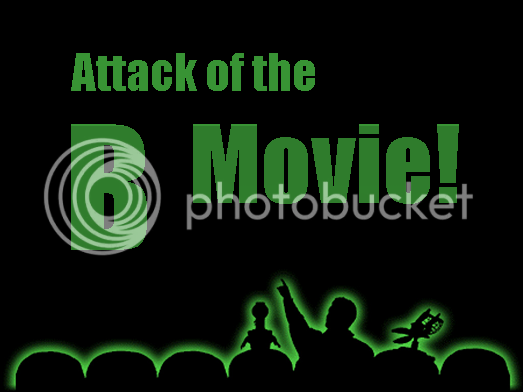 Here we are again. Four Octobers ago, I bit off far more than I realized needed chewing when I decided to dedicate the month to reviewing one zombie movie per day, and I'm still not quite sure how I pulled it off. This year, I've finally gotten my act together enough to attempt something similar for the Halloween season, and this time, I've done a bit more in the way of prep work before the month actually began. Here goes... something.

Since a youth largely obsessed with anything and everything aired on the Sci-Fi Channel (as it ought to still be spelled), the 1950s have been a favorite period of mine for the genre, and it is my hope to gain an even deeper appreciation for it over the next 31 days. Already I've discovered several treasures I'd never before even heard of (expect much love for Richard and Alex Gordon along the way), and had a change of heart for one movie that struck me as impossibly lame when I first watched it. With any luck, this will help win over some new fans of these frequently overlooked works, which, even at their most unpolished and MST3K worthy, strike me as a kind of beautiful art.

I realize the title of this marathon is a misnomer, as many of these movies had rather substantial budgets and don't quite fit into the B movie category. Too bad. I liked the title enough to stick with it, and hey, The Beast from 20,000 Fathoms comes from the ice of the Arctic, not the ocean, so if you're going to split hairs, have at it. If you want the best resource on this topic, look no further than Bill Warren's exhaustively researched book "Keep Watching the Skies!" My efforts will be considerably less comprehensive, but I expect they'll be a blast all the same. 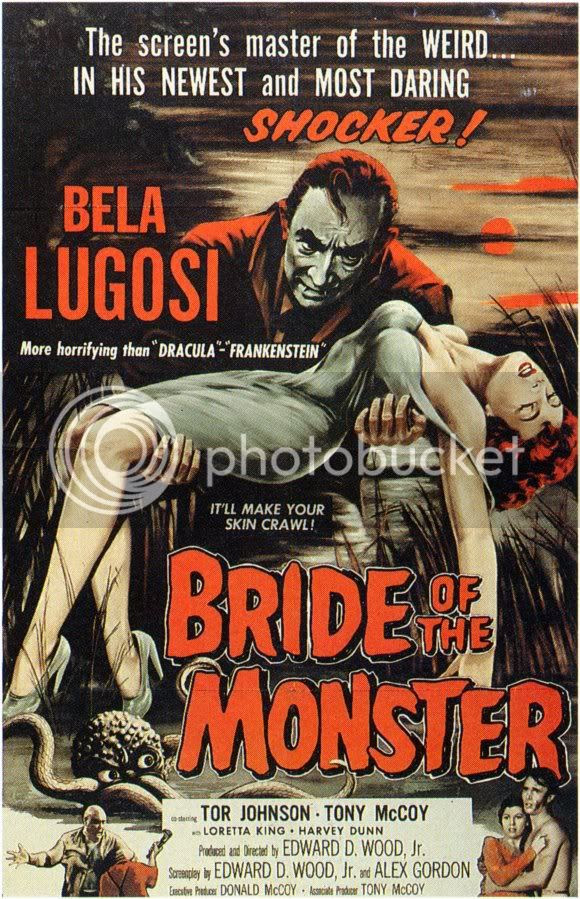 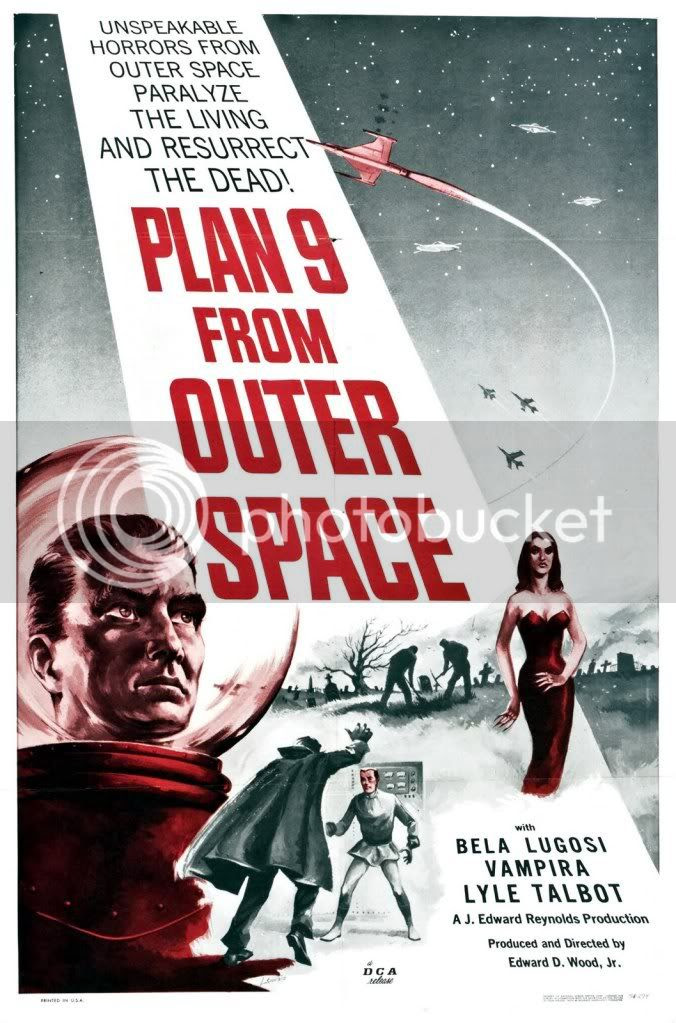 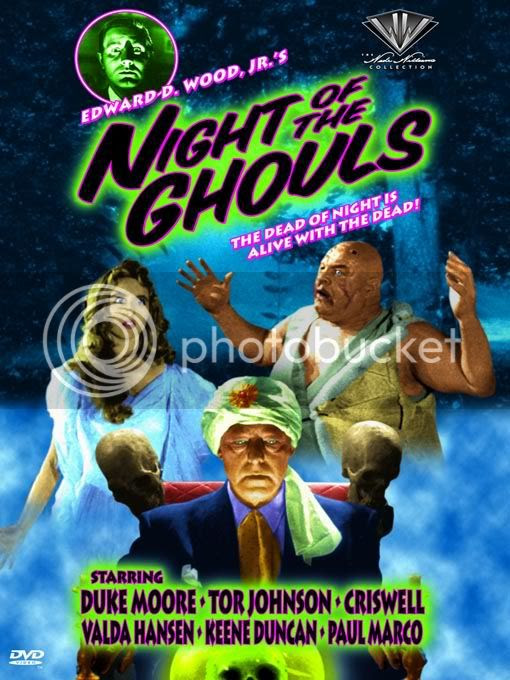 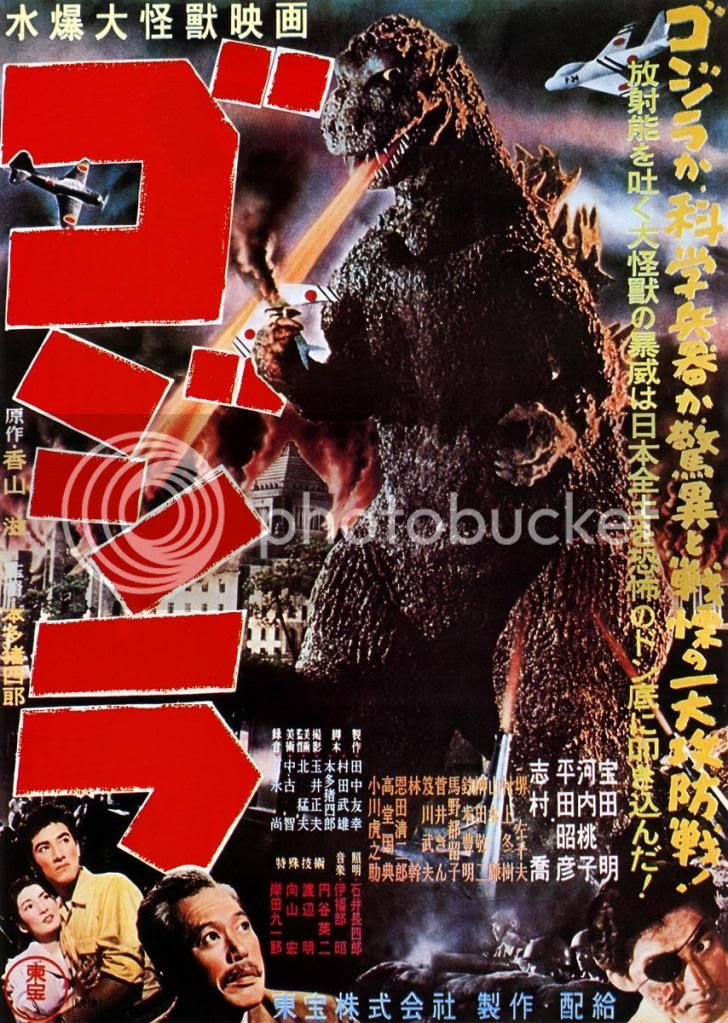 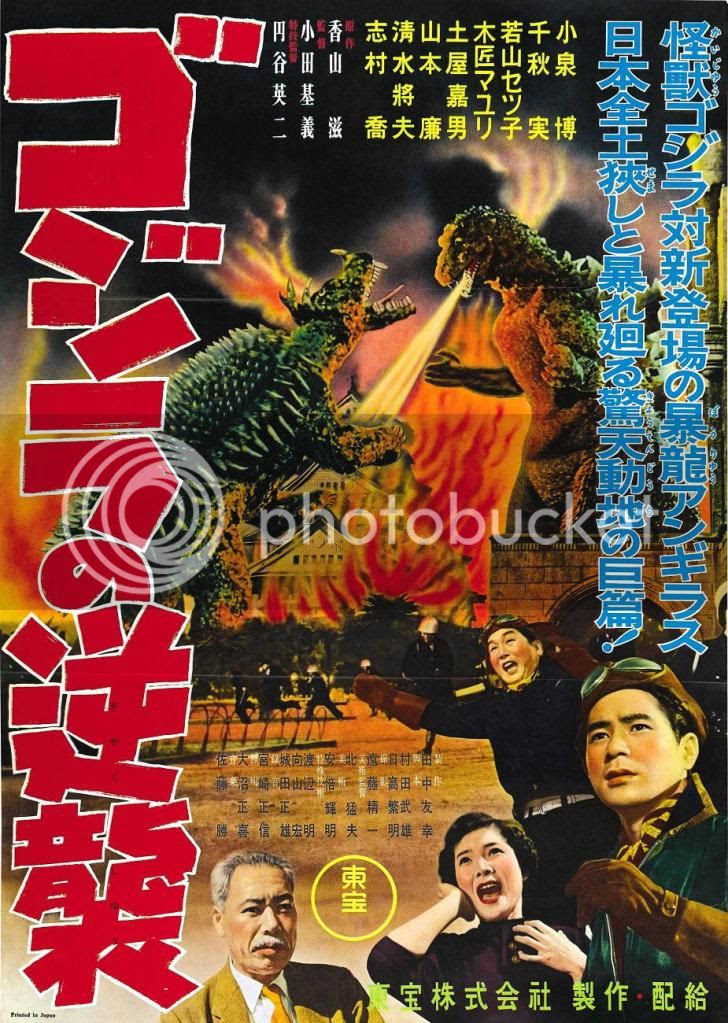 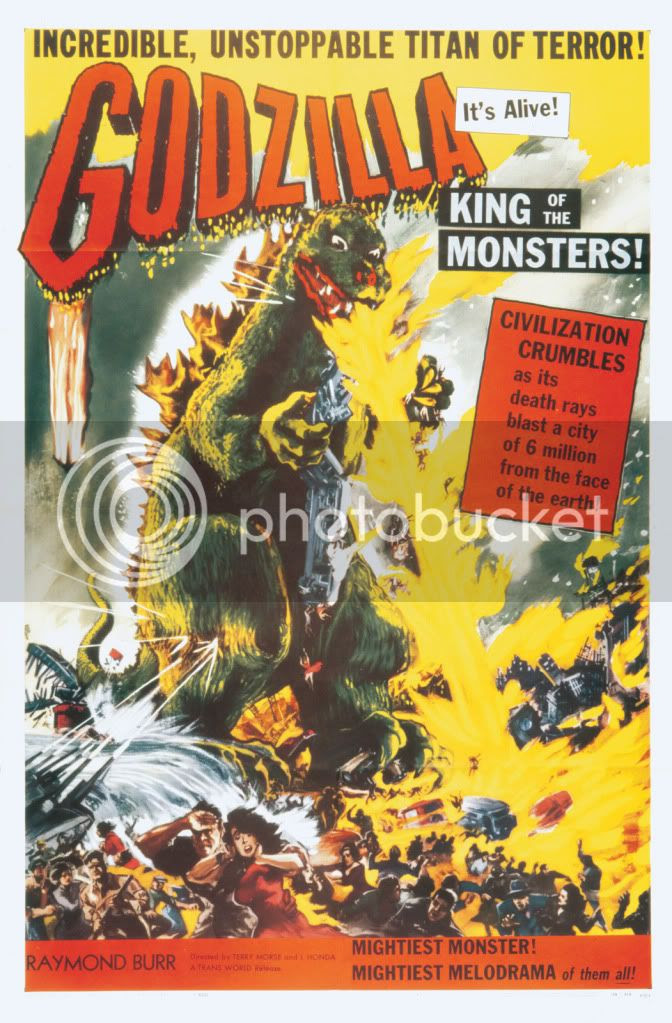 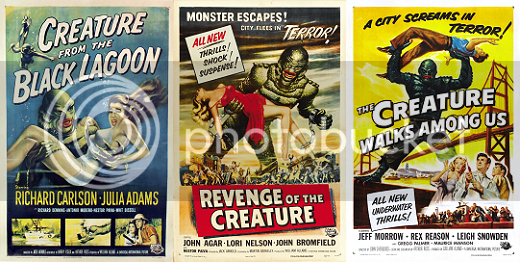 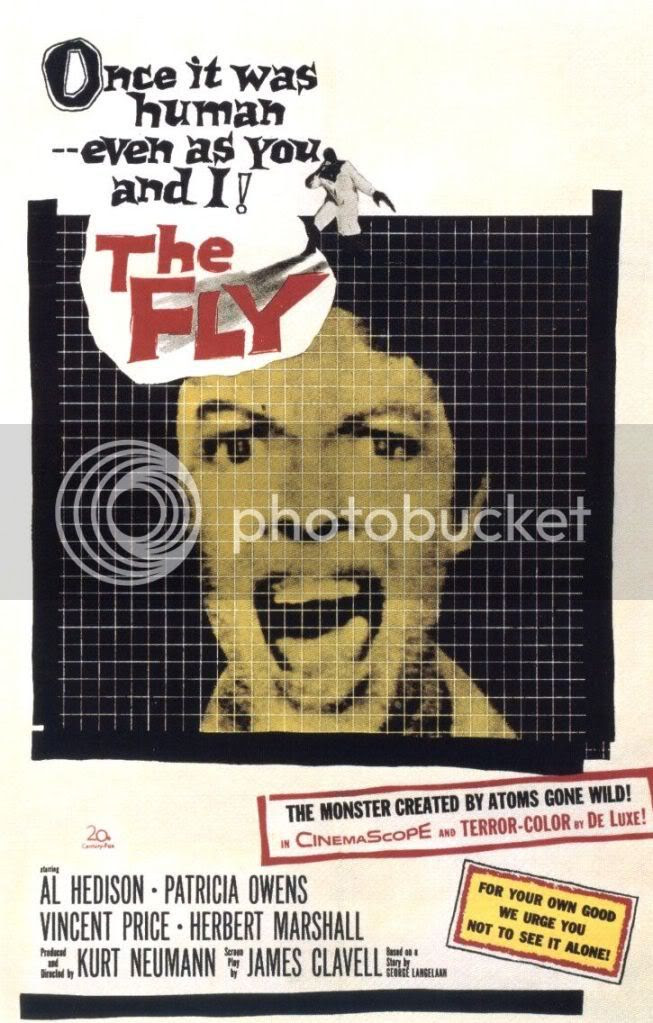 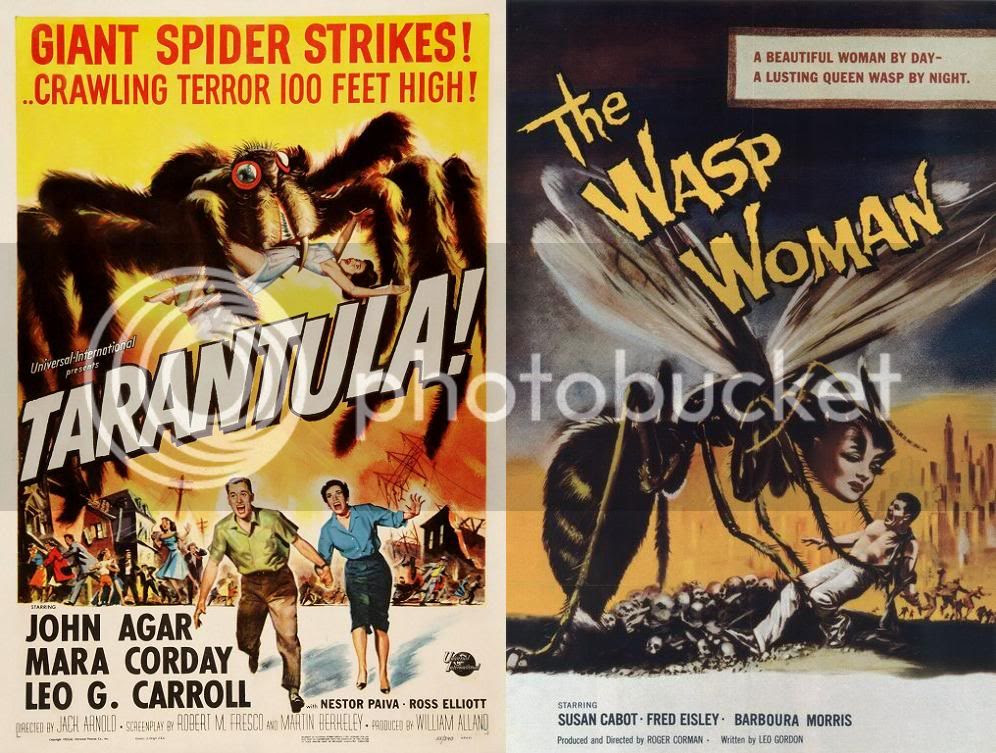 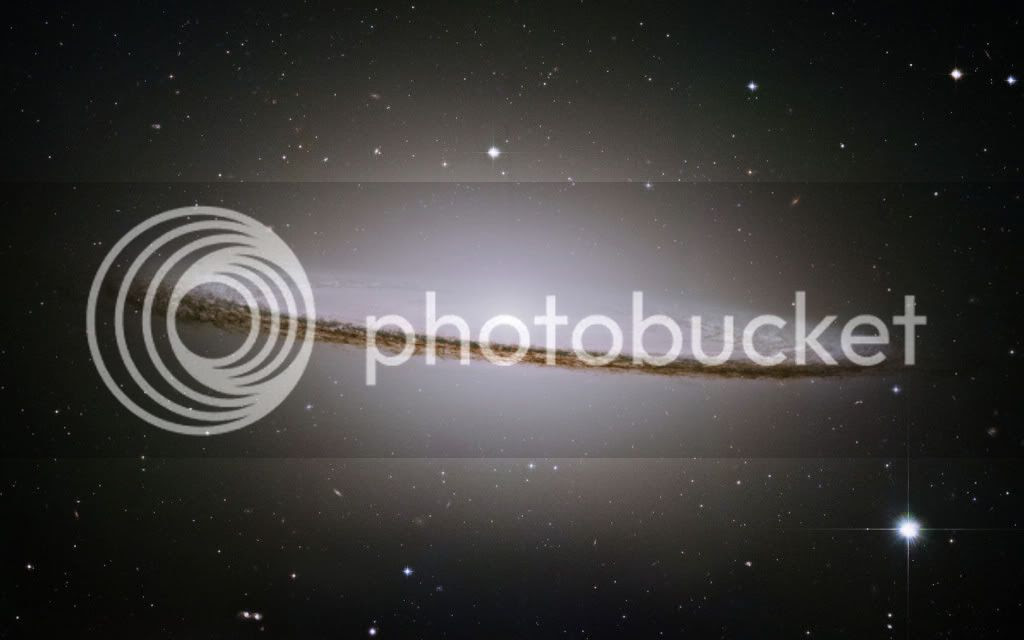 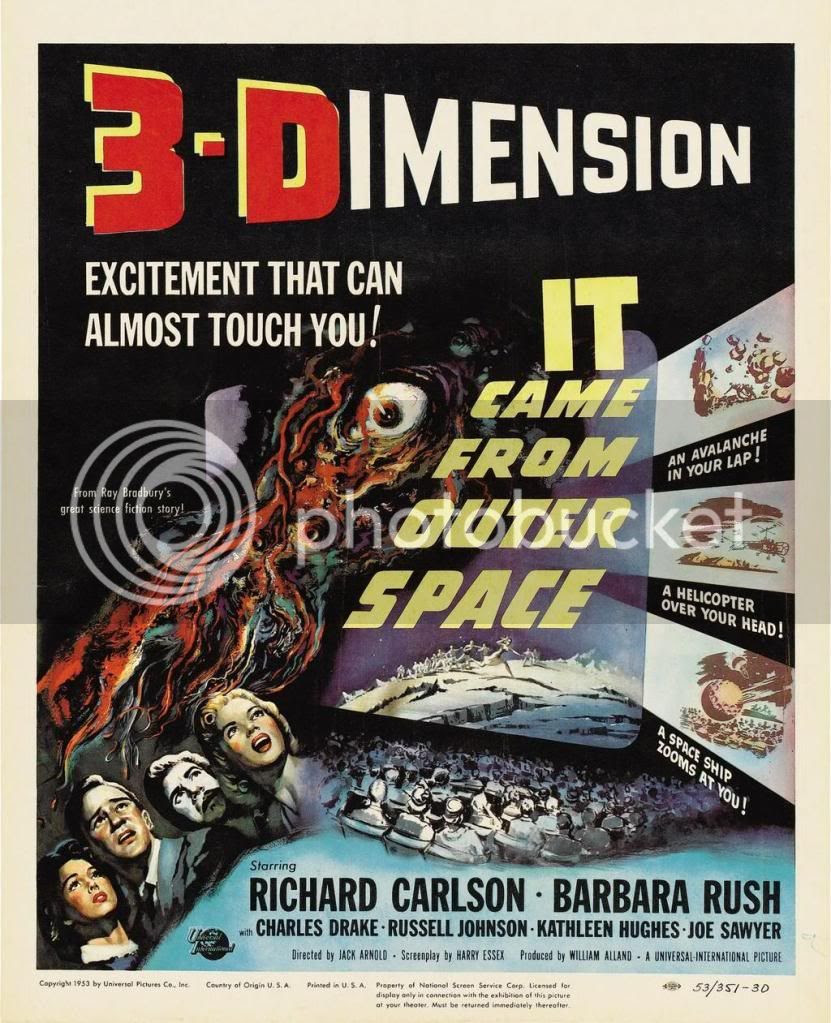 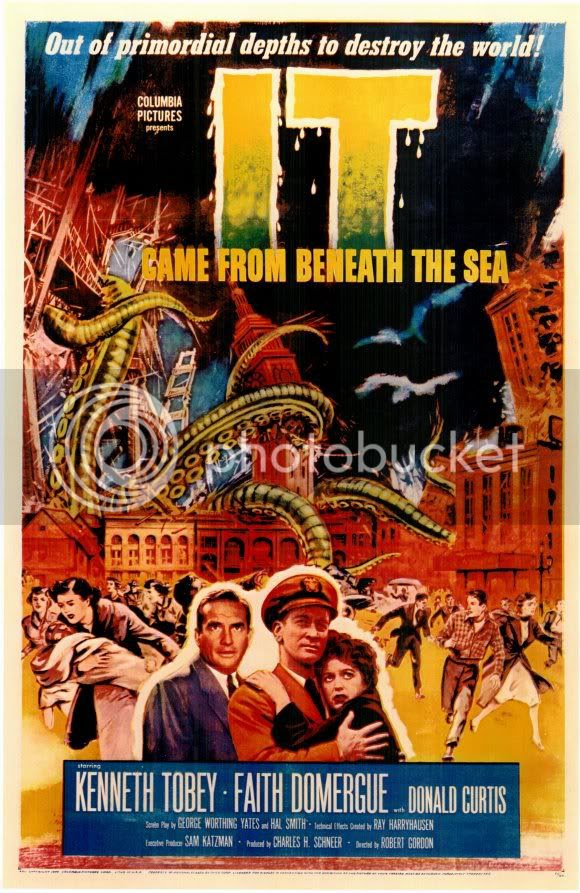 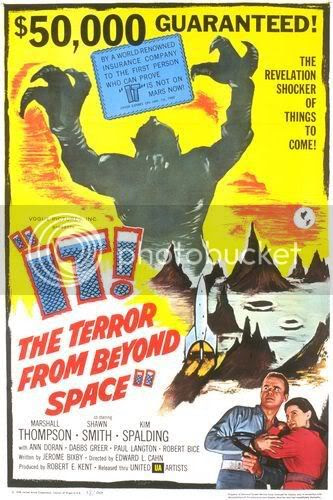 Day 1: The Beast from 20,000 Fathoms
Day 2: I Married a Monster from Outer Space
Day 3: Them!
Day 4: The War of the Worlds
Day 5: Plan 9 from Outer Space / Bride of the Monster / Night of the Ghouls
Day 6: The Blob
Day 7: Teenagers from Outer Space
Day 8: The Manster
Day 9: When Worlds Collide
Day 10: Gojira / Godzilla Raids Again / Godzilla, King of the Monsters!
Day 11: Forbidden Planet
Day 12: The Atomic Submarine
Day 13: The Thing from Another World
Day 14: Fiend Without a Face
Day 15: Creature from the Black Lagoon, Revenge of the Creature and The Creature Walks Among Us
Day 16: The Day the Earth Stood Still
Day 17: 20,000 Leagues Under the Sea
Day 18: Attack of the 50 Foot Woman
Day 19: 20 Million Miles to Earth
Day 20: The Fly / Tarantula, The Wasp Woman
Day 21: Invaders from Mars
Day 22: The Monolith Monsters
Day 23 & 24: Attack of the Giant Leeches, Attack of the Crab Monsters
Day 25 (Supernova B Movie Explosion): Gog, The Beast of Hollow Mountain, Rodan, The Amazing Colossal Man, War of the Colossal Beast, The Brain Eaters, The Alligator People, The Giant Behemoth, The Giant Gila Monster, The Killer Shrews
Day 26: The Incredible Shrinking Man
Day 27: Red Planet Mars
Day 28: Invasion of the Body Snatchers
Day 29: This Island Earth
Day 30: It Came from Outer Space / It Came from Beneath the Sea / It! The Terror from Beyond Space
*Day 31: Robot Monster

And now that we're done with all of that...superlatives! But first, the question of legacy. The genre of 1950s monster movies (and all sci-fi/horror and the like) is by no means bound by the years of 1950 through 1959. These five are among those that carry on the torch, and all but one gets the official P'Booth stamp of excellence (Mars Attacks! gets the benefit of the doubt for now on account of my having not seen it in a decade).

In some attempt at order of quality, i.e. my opinion.


The there's the question of remakes, something on which I have strong opinions. Here's the deal: plenty of remakes are terrible, but that's no reason to refuse acknowledgement of the fact that plenty of them are good, even great. In fact, you probably like a lot of remakes without knowing it. The Frankenstein most everyone knows is in fact the third filming of that story. And The Wizard of Oz with Judy Garland was by no means the first. This genre has afforded plenty, some of which are superior to their predecessors. (On the basis of it not being a "formal" remake, I've disincluded Alien from this roster, but the real reason is because I refuse to choose a favorite between Ridley Scott's film and John Carpenter's of a very similar nature, in both quality and ass-kicking quality.) There are other worthwhile remakes amongst these (for example, there remains something to be said on the casting choice of Keanu Reeves as an alien), but these are the top contenders.


And now, the superlatives.

Best title shot: The Thing from Another World


Best eventual use in a music video: Attack of the 50 Foot Woman


Best monster in a terrible movie: The Ymir, 20 Million Miles to Earth


Best monster in an okay movie: The Gill-Man, Creature from the Black Lagoon


Best animal & best death: The Rhedosaurus enjoys a snack, The Beast from 20,000 Fathoms

Most Kubrickian scene: It! The Terror From Beyond Space. This clip is nowhere to be found. Just rent the sucker on iTunes. It's a dollar. 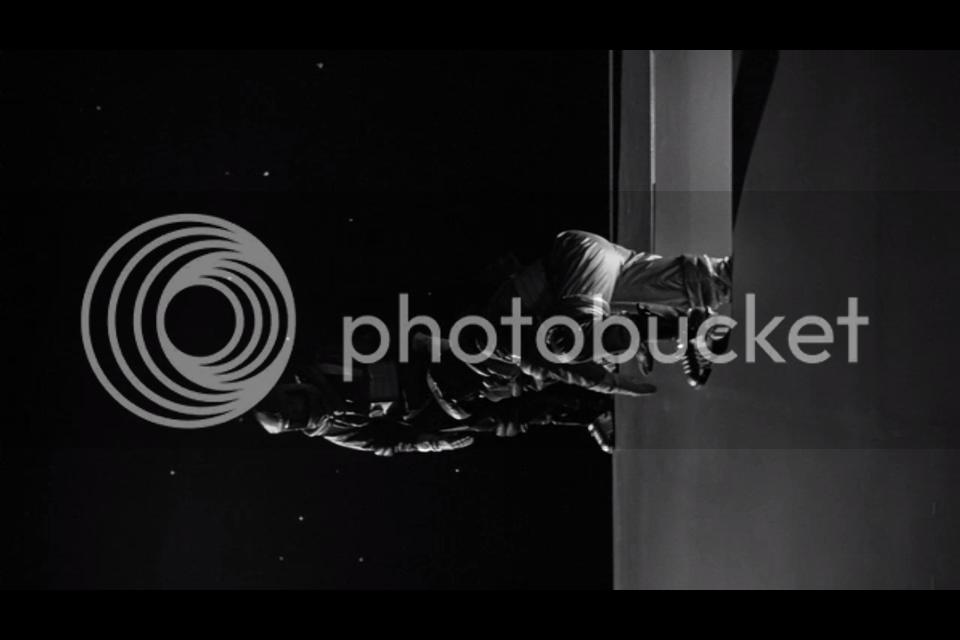 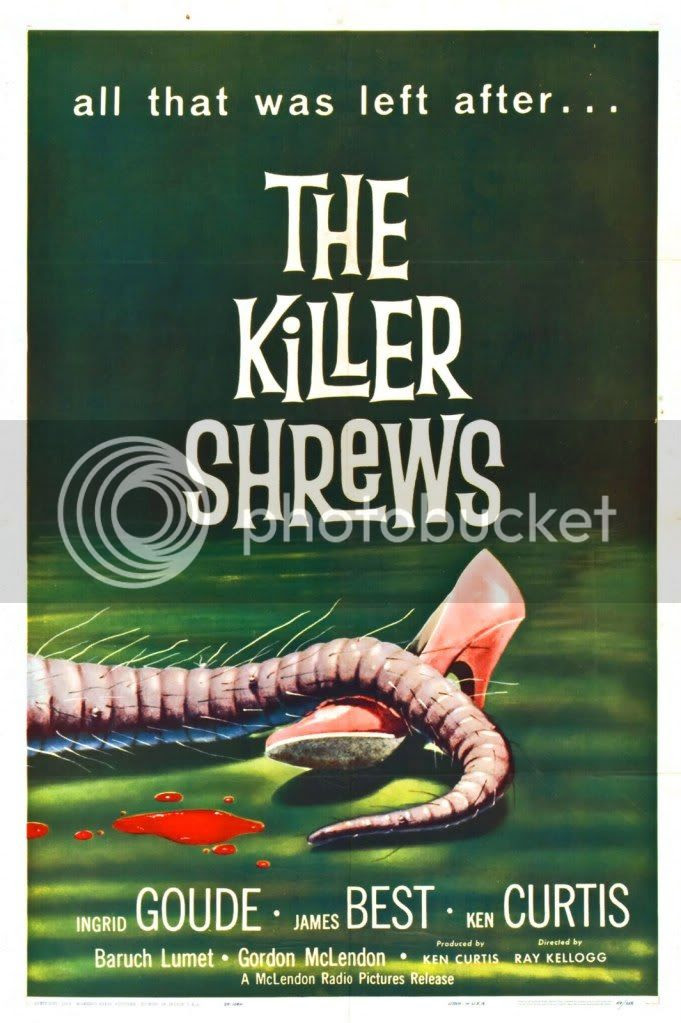 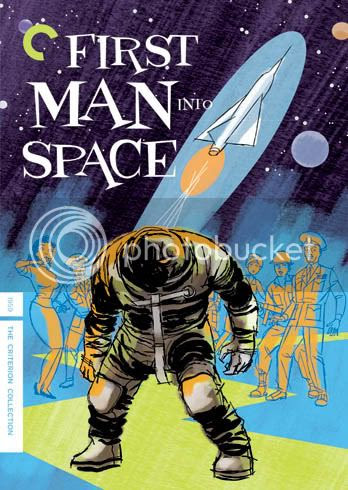 1. The Day the Earth Stood Still
2. Robot Monster
3. The Atomic Submarine (plus Fiend Without a Face and First Man Into Space, by the transitive property of the brothers Gordon)
4. Godzilla
5. It Came from Outer Space
6. Invasion of the Body Snatchers
7. Forbidden Planet
8. The Blob
9. The Monolith Monsters
10. Attack of the 50 Foot Woman and Plan 9 from Outer Space (c'mon, they're two sides of the same coin)

*Okay, yes, I didn't write something up on this one for this month, and instead subbed an old capsule review. If you knew what my month consisted of besides this self-induced marathon (much as I enjoyed it...wow, how did I ever find the time), particularly this past week and today specifically, you'd be happy I took a break, too. The next time I write about this movie, I want to write the Bible on it, and I just don't have it in me now. Good night. Good luck. The end.
No comments: