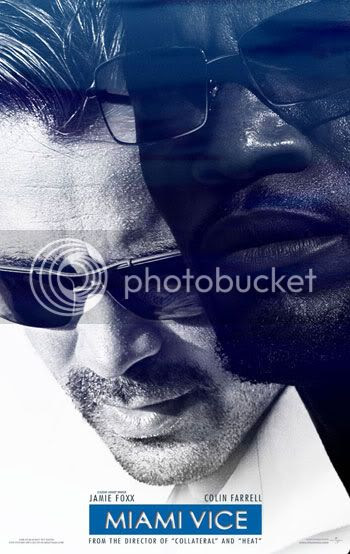 As much as DVD technology has furthered film culture by providing the average moviegoer with a wider range of selection – as well as windows into film production processes and other special feature insights – the format has quickly dug out its own dark underbelly of downfalls. Specifically, I’m speaking of “Unrated” DVD cuts, alternate versions of movies that exist primarily to sell more copies thanks to the sensational implications explicit on the cover. Many of these are as superfluous as the films they butcher, but in the case of the surprisingly genuine The 40-Year-Old Virgin, the additional scenes add nothing and rob the cumulative effect of its emotional and humorous punch. The flipside to this whorish money plundering, however, are the Director’s Cuts that allow visionary filmmakers to further their talents in ways snubbed by box office-obsessed studio executives; Peter Jackson’s Lord of the Rings trilogy being the beacon example, the footage shelved for the already epic theatrical cuts deepening the overall experience on both visceral, emotional and spiritual levels.

Somewhere between these poles lies Michael Mann’s alternate cut of his overlooked Miami Vice, crafted in the editing room some two months after the lukewarm reception of the theatrical cut. Why exactly this version exists is never made absolutely clear: Mann expresses frustrations in his commentary track, stating that he hoped to make a more accessible cut of the film for the Average Joe moviegoer, but never fully backs any of the changes as preferential to their predecessors. That the two versions are only available in separate DVD packages suggested studio encouragement, but nonetheless, that both now exist provides an interesting study into the mechanics of how a film works. My preference lies completely with the theatrical cut, although some of the changes in the unrated version are interesting in their own manner. I would argue, however, that a number do more in illuminating what not to do, they being unnecessary clumps of fat amidst a narrative that was a rigorously lean and efficient as anything in Mann’s catalogue. I did and still do think Miami Vice is among the best films – American or otherwise – of 2006, and four viewings have not diminished my love.

To the untrained eye, Miami Vice contains a lot of “empty space”; scenes of characters staring, silently interacting, or traveling from one place to another. Yet to criticize the film for lack of substance is almost insulting; like many great films, Miami Vice is directly in tune with its characters’ desires, motivations, and frontal psychological torments. Mann’s recurrent themes are at work here perhaps more soulfully than he has ever conveyed before: the strains of conforming to a chosen life are explicitly manifest in the main characters’ profession of undercover police work (just as society conditions its members to perform certain roles, Sonny Crockett and Rico Tubbs perform as a matter of life or death) and implicitly expressed in their longing gestures and rigorously developed behavior patterns. The cast as a whole deliberately internalize their characters, sporting none of those bullshit actor-y facial tic mannerisms. Every tight stare is like looking into the void where someone’s soul used to be, or is currently being sold in the name of a greater cause.

Information is doled out like a downhill freight train; constantly accelerating and completely unforgiving to those who can’t keep up. Opening in the midst of an attempted bust at a disco club (theatrical cut only), the film leaves details to be caught – not explained – and relationships to emerge through inferred details and observed interactions. Ultimately, the plot is light on complexity, but Vice treats it with authentic detail work, while the thematic essence and visual splendor is allowed to simmer through the storyline to the forefront of the screen. Mann’s digital work here is nothing short of revolutionary, its grainy edge not only a throwback to the days of Assault on Precinct 13's rough-hewn edginess, but also allowing for breathtaking clarity of focus and range of nighttime color palate (not to mention Mann’s penchant for eye-popping natural imagery). This Miami is alien and intense – like these characters’ slightly out-of-body lifestyles – turgid like an embittered dog on a leash. It is as foreboding as it is raw; during the climactic shootout, the camera hobbles around like a fearful bystander, blood spattered on the lens.

Arguably, the most incidentally damaging thing about Miami Vice is its title, the film’s commitment to preserving the original 80’s series’ qualities being minimal at best. Mann cares little about cool cars, sexy women and action spectacles (even though Vice has them all), instead observing with due patience the roles that emerge between actors on both sides of the world of drug trafficking, where notions of good and bad exist murkily amidst a shaded world of cops, criminals and confidants. When Sonny and Isabelle - one and undercover cop, the other a drug trafficker – coast towards Cuba along a seemingly endless ocean horizon, the image of the lone speedboat amidst the deep blue reserve is reflective of the whole film and possibly even Mann’s entire catalogue. Intensely driven towards a singular goal, his characters are ideologically committed even at the expense of themselves and their loved ones. That Miami Vice begins and ends (theatrical cut, again) without opening credits or a standard denouement is telling: life extends beyond the frame, and goes on beyond that which we’re able to see for ourselves.

The most significant alterations between the original and unrated cuts of Miami Vice occur in three chunks: a completely different opening, one additional expository scene, and a soundtrack alteration during the third act shootout. Other minor bits and pieces have been reworked: lines of dialogue have been nipped, scenes tucked, etc. Some will surely prefer this version, it being more streamlined and working a bit harder to appeal to the majority. While the unrated cut is still a good film, this saddens me; it feels like poor reviews caused Mann to question his own artistic instincts, the result being a work that is noticeable below its full potential.

Whereas the theatrical cut opened startlingly inside a dance club to the beats of Linkin Park, the unrated version begins on a more subdued note, beginning with a great shot that rises out of the bubbly ocean depths only to find itself in the middle of an offshore speedboat race, opening credits superimposed over the images. A brief montage of the racing crafts follows before an undercover Sonny and Rico listen in on their fellow racer Neptune (their undercover presence unbeknownst to him) as he sets up a deal with a well-established pimp to go down at the same club later that night. The scene feels cut from the same cloth as the rest of the film, but my preference lies with the punchier theatrical opening, which doesn’t so much lead viewers into the film as it injects them.

The second occurs after an undercover Sonny and Rico have been given their first assignment; Rico learns via cell phone that fellow cop and girlfriend Trudy received a bouquet of flowers she mistook as a gift from him. Upon checking the accompanying note, it becomes clear they are a warning from the Aryan white power group their organization had attempted to infiltrate. The following scene sees the two at a diner discussing the implications, the film’s themes of self-sacrifice explicitly articulated in a manner that negates them more than it illuminates. This largely unnecessary (and damaging) foreshadowing also serves to diffuse the sexy energy the film had been accruing, a blow from which the unrated cut never truly recovers.

Finally, Mann’s second guessing sees the inclusion of Nonpoint’s cover of Genesis’ “In the Air Tonight” shifted forward from the end credits to the buildup before the gun battle at the docks, the effect of which is less foreboding than it is like that of a typical music video. The push and pull between image and sound strikes some effective chords in this version, but it can’t hold a candle to Klaus Badelt’s subtly brooding score, and it robs the end credits of the existential punch previously provided by the same song.

Universal has truly made a whore out of itself here. Rather than including both versions of the film on one set, fans will need to purchase essentially the same thing twice in order to get all the goods. Most infuriating is the distribution of the special features: the R-rated theatrical cut gets only two short featurettes, while the commentary and other minor indulgences are included solely on the unrated DVD (yeah, the commentary is unrated-cut specific, but with some editing it could have been formatted to the R-rated version as well, if only to be serviceable). Nonetheless, Mann's commentary is illuminating and full of details and insights, even if it feels rather instructional. Image quality is even better here than in theaters, which makes sense considering it’s digital origins, while audio is appropriately meaty and reflective of Mann’s proficient mixing. Anyone who had difficultly deciphering the dialogue in theaters will likely experience the same problems here; for the non-hearing impaired, the disc does justice to the theatrical experience. A hidden surprise comes in the form of the film's narrative guide for the hearing impaired, which proves almost as entertaining as the film itself ("The trailer explodes!"). Overall, casual viewers will want to pick up the superior Unrated package, but fans of the theatrical version will have to settle for a slimmer special features department if they don't want the viewing experience unnecessarily botched.
3 comments: