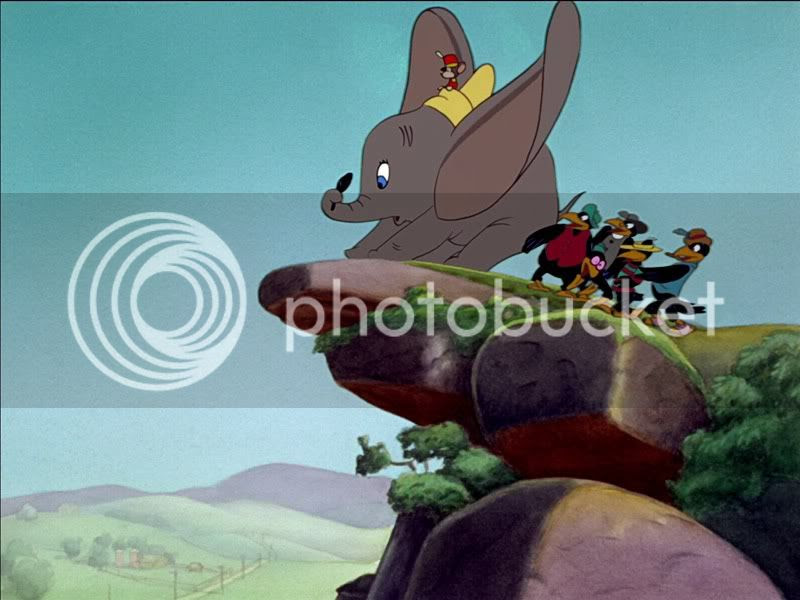 Largely inspired by the aesthetics of Disney's Silly Symphonies, the barely-feature-length Dumbo is essentially an epic cartoon, albeit one whose sensibilities are less exaggerated than they are a witty and fanciful caricaturization of reality (an early image, in which the United States appears in illustrated map form from the viewpoint of the clouds, is indicative), evoking the playful perspective of a child.