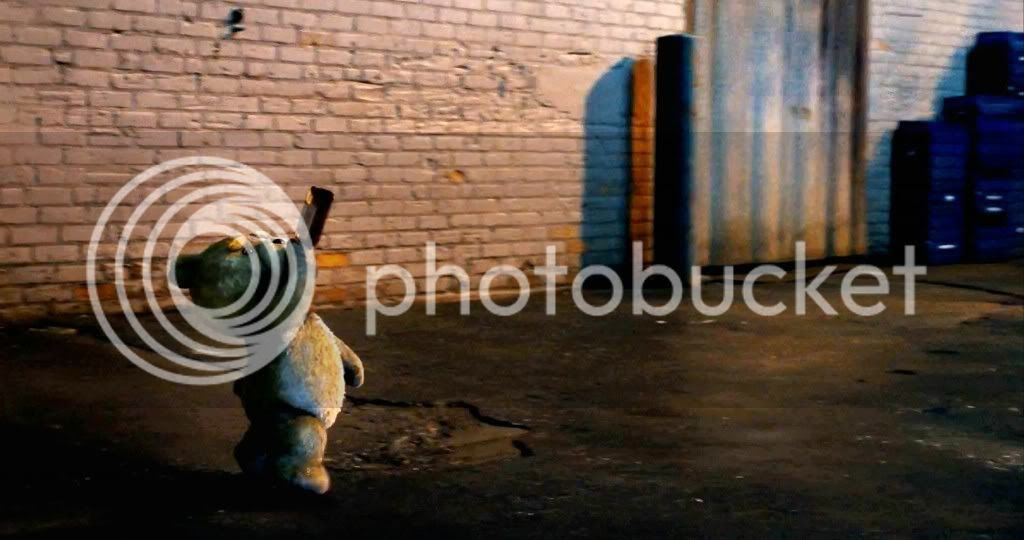 The foul mouth of a boozing, smoking, purportedly all-things-unprintable Teddy bear come to unnatural life is an effort at R-rated boundary pushing whose success or failure is likely to fall in line with individual viewers' opinions concerning whether or not creator Seth MacFarlane's commercially successful television show Family Guy should have been renewed after its initial cancellation. Although not without moments of inspiration and, arguably, comedic genius (Wallace Shawn's cameo in "Sibling Rivalry" comes to mind), the increasingly diminishing returns of that series are also evident in this poor attempt at subversive raunch, one most frequently defeated by an insistence on meaningless hot topics references and outright nasty cultural Easter eggs, few of which suggest that anything other than opportunistic nihilism is driving the proceedings' annoyingly insistent "look at me!" pandering. Only a protracted fight in a motel room between the titular fuzzball and a well-cast Mark Wahlberg begins to tap into the absurd potential of the concept; the rest amounts to middle school toilet humor with studio backing, an adult vocabulary, and a suspiciously generous affinity for Flash Gordon that fails to translates to the rest of MacFarlane's unimaginative pot shots.