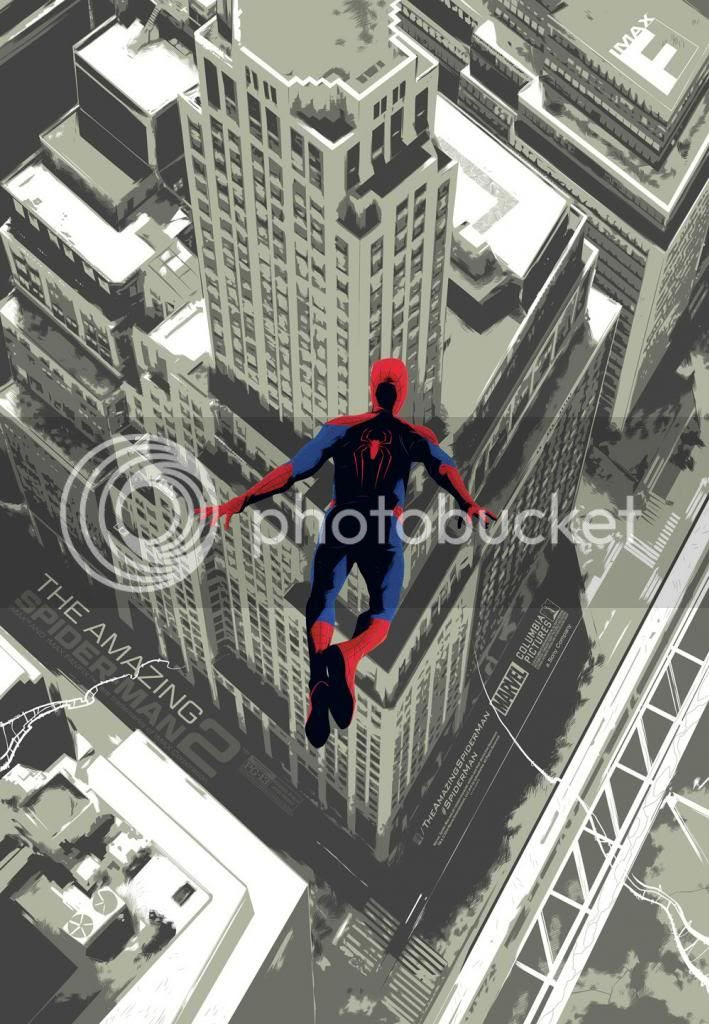 Despite the talent put into it, 2012's The Amazing Spider-Man failed in large part as a result of its own redundancy. Not merely serving as an almost-remake of a film barely a decade old, the entire affair reeked of something thrown together as a last-minute necessity (which, after Sam Raimi walked away from a potential fourth film), its plot mechanics an unfortunate amalgam of franchise-establishing necessities and screenwriting so perfunctory, one almost wishes it had been written via formula instead. The in-film absence of pathos overwhelmed any flashes of wit or emotion, and the result felt stillborn at best. (My review of that film, penned after a midnight screening that barely enthused my caffeine-addled eyes, was entirely too kind; a second viewing negated most of my residual fondness.)

With some skepticism, then, I approached this follow-up, which, at least on the page, is looks like a committee project run amok, so jam-packed with antagonists and character crises that it rivals the overstuffed lineup of Raimi's ultimately doomed third film. As an example of how the auteur touch can enliven any otherwise waterlogged corporate product, I still champion Spider-Man 3 (the first two films of that cycle are nearly perfect), and now The Amazing Spider-Man 2 (hereafter Spidey 2) joins its ranks. Webb's affecting lightness finally manifests amid the competently (if obviously) delivered plot, and the tone is so distinct and personable that even the choices that could be justifiably considered mishaps (particularly Jamie Foxx's nebbish villain, taking a cue from The Incredibles' Syndrome before going all Dr. Manhattan) still feel genuinely lived-in. Spider 2 is, ultimately, product, but in a genre of increasing sameness, it's tactile emotions leaves a potent impression.

I was fortunate enough to see the film projected on 35mm, a welcome opportunity for the increasingly rare Hollywood film shot on the format. The quality of the image was noticeably better than other films with CG effects transferred to celluloid (the next to most recent Marvel film, Captain America: The Winter Soldier, suffered for the transfer), and speaks to Webb's desire to ground the material in something of genuine substance. Without a cast capable of enlivening the otherwise xeroxed archetypes (among the collective resumes of the three credited screenwriters, Alex Kurtzman, Roberto Orci and Jeff Pinkner, the best film prior to this one is the excellently disposable Mission: Impossible III), it's hard to imagine this material working, but therein lies the spark of this kind of spectacle. Difficult choices and personal demons -- from what we do for family and love to a surprisingly political acknowledgement of class struggle -- roil beneath the surface, and if Spidey 2 ultimately resolves without quite plumbing its own depths as much as I'd have preferred, I'm still more than impressed with where it opts to go in the first place.