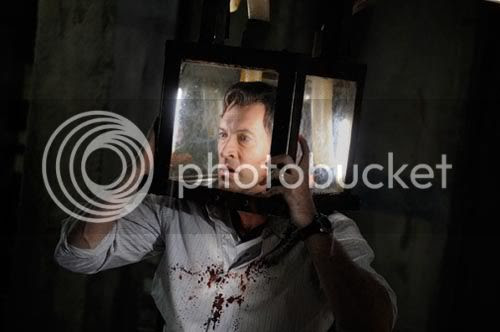 Is there no end to the depths this franchise is capable of reaching? An insult to anything and everything of similar ilk, from the Hitcher remake down to fourth-rate ripoffs of Se7en, and even that may not be harsh enough. At once a sequel, a prequel, and a greatest hits package of the last four Halloween mainstays of tiresome mutilation-cum-philosophy packages, Saw V continues the trend of bending over impossibly far backwards to justify its existence, complicating previous scenarios with additional behind-the-scenes goings-on whilst introducing a new batch of characters pitted against a series of calculated death traps. For the love of all that's holy I can't tell if we're supposed to empathize with the ineptitude, greed, and nonsensicality of these unbelievably stupid beings, or if their lack of cognizance is merely there to justify the film's bland and unimaginative carnage (the amount of death and mutilation that could have been easily avoided here is enough to negate the very existence of the film in the first place). Having just recently popped my Dario Argento cherry, my verdict is to move on to better things (say, Opera) and let the fans of this shit figure it out. [F] 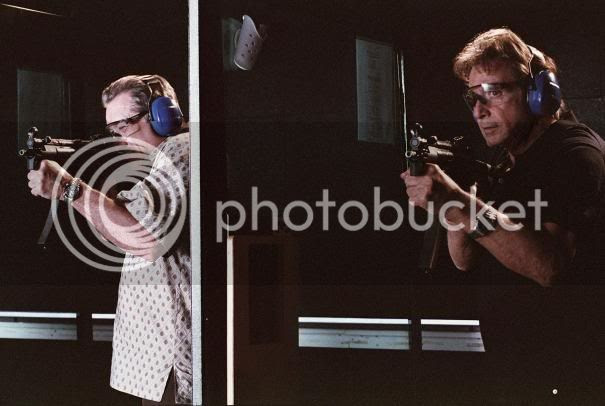 As far as bad movies go, Righteous Kill is something of a zenith, a masterpiece of surface-bound would-be pleasures that, in a pigheaded sort of way, successfully masks the fact that there isn't an ounce of anything going on here whatsoever, like an overly decorated pinata afraid to expose the vacuum inside. Flaunting Robert DeNiro and Al Pacino as if Heat never happened, the film purports to be about two vet cops stepping outside the boundaries of their profession so as to put the guilty away regardless of legal technicalities (a rapist walks because of tampered evidence, etc.), but on the ball of ethical conundrums at the center of this scenario, Righteous Kill leaves not even the faintest of scratches. Instead, it's about obtrusively loud noises, distracting editing devices, blank-faced characters, spelled-out ideas, and two great actors that just don't seem to give a shit anymore. [F] 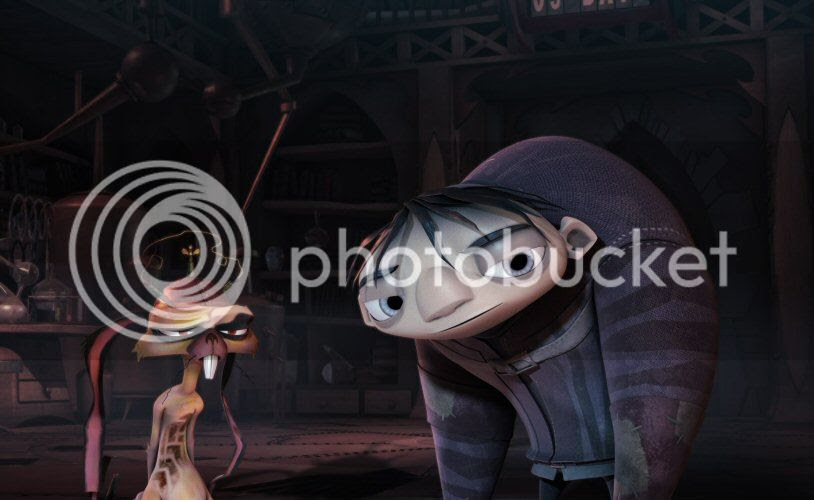 Where to begin? This dubious piece of would-be family entertainment comes to us like its Shreky predecessors, homogenized to death by filmmaking choices apparently doled out via committee - a wannabe Happy Meal that yearns for broad appeal and instead falls flatly, embarrassingly on its face in the process. Igor purports kid-friendly ethics (believe in yourself, et al) but rarely has a youth-oriented film been more confused about its own intentions: references to science fiction and horror classics abound less like actual jokes than points of interest for adults fending off sleep, while more potentially comical elements (most memorable is Steve Buscemi's nihilistic rabbit Scamper, whose immortality proves irksome as he attempts repeatedly to shuffle off this mortal coil) misfire left and right as the film constrains itself within PG limitations. John Cusack's good guy charm - usually soothing in even the most formidable of dreck - has never been more grating, he the titular humpback who aspires to attain the same respect and success as his mad scientist superiors. Offenses here range from the foundational (the screensaver-quality animation lacks any sense of gravity or depth) to the all-out deranged (a critical turn in the plot hinges on, I kid you not, James Lipton). As far as goes its ability to stifle the young imagination, Igor has no recent competitor. [D] 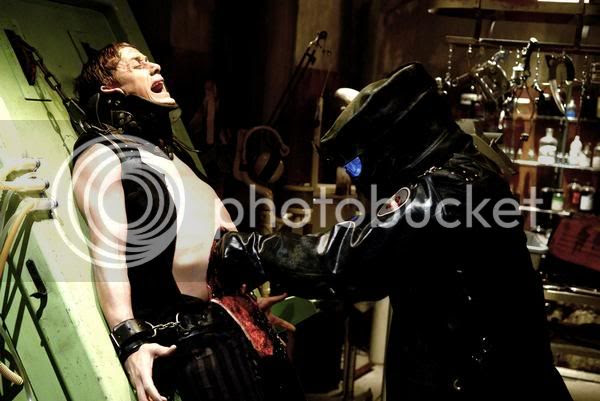 Repo! The Genetic Opera, or: Quite possibly the worst movie I've ever seen in my entire life,. I've no doubt that a creative enough mind and proper sleight of hand could turn this premise into something worthwhile, even great, but this adaptation of the stage play by Darren Smith and Terrance Zdunich is nothing short of retarded, a long-distance cousin of Rocky Horror seemingly convinced that inventiveness and strained self-distinction amount to outright quality and any effort to create something unique automatically qualifies as an all-out success. Seeing as how the entire film is pitched at the level of a speed-afflicted nu metal music video ghost-directed by Andrew Lloyd Webber, it's no help that its central premise never quite gels to begin with: in the future, a plague induces massive organ failure, leading a tyrannical medical company to lease replacement organs, only to slice-n-dice its customers when they fail to make their payments (from a financial standpoint, this doesn't bode well for repeat business, but logic has never applied to Saw fetishists, now has it?). Given the absolutely disjointed sense of tone and construction throughout - including, but not limited to, embarrassing songwriting and even more embarrassing performances, warped imagery that makes the notebook scrawlings of Columbine-bound middle school psychos look mentally balanced by comparison, a gluttony of narrative cul-de-sacs and the almost unbelievable fact that Paris Hilton's presence represents something of a high-water mark therein - it's hard to believe that anything in this self-important avalanche of shit was able to reach the conceptual stage without someone mounting a protest. If you're looking for insight into the death and resurrection of Christ, look no further: I can think of no better means by which to experience the cumulative effect of three days in hell in under 100 minutes. [F]