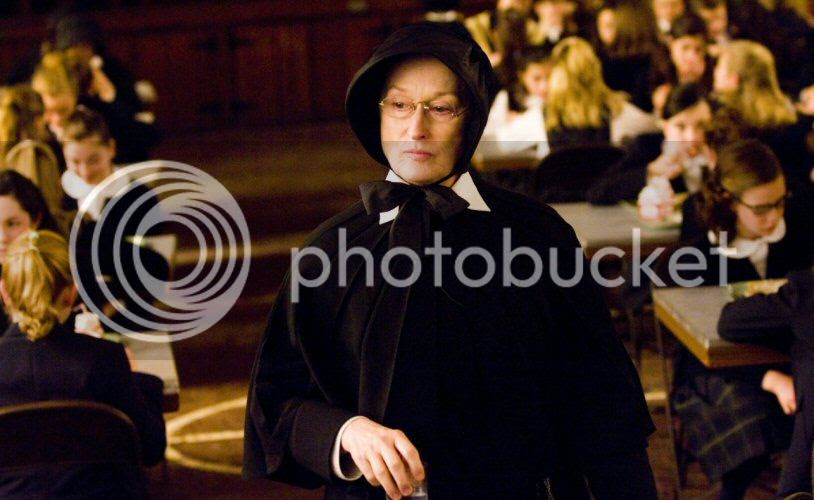 Praise be to John Patrick Shanley for adapting his own work in a manner that can actually be classified as cinematic, but methinks it is really Meryl Streep and company that guides Doubt into the realm of the worthwhile. Script-wise, things are about as unambiguous as they come, and so Streep's turn as a nun convinced of her priest's inappropriate relationship with an alter boy becomes less of a "did he/did he not do it" escapade than a morality play in which unnecessary evils are accepted in hope of a greater good. There's Oscar prestige gloss here for sure, but the cast seems to approach it as if it were pulp; their eagerly mucking about the film's thematic underbelly almost justifies the relative triteness with which the material is presented. Hoffman's persona finds one of its best outlets yet therein, Amy Adams continues to endear, and though Streep's excellence has been misused much of late, her fascinating facial concentrations are a tour-de-force unto themselves. [B-] 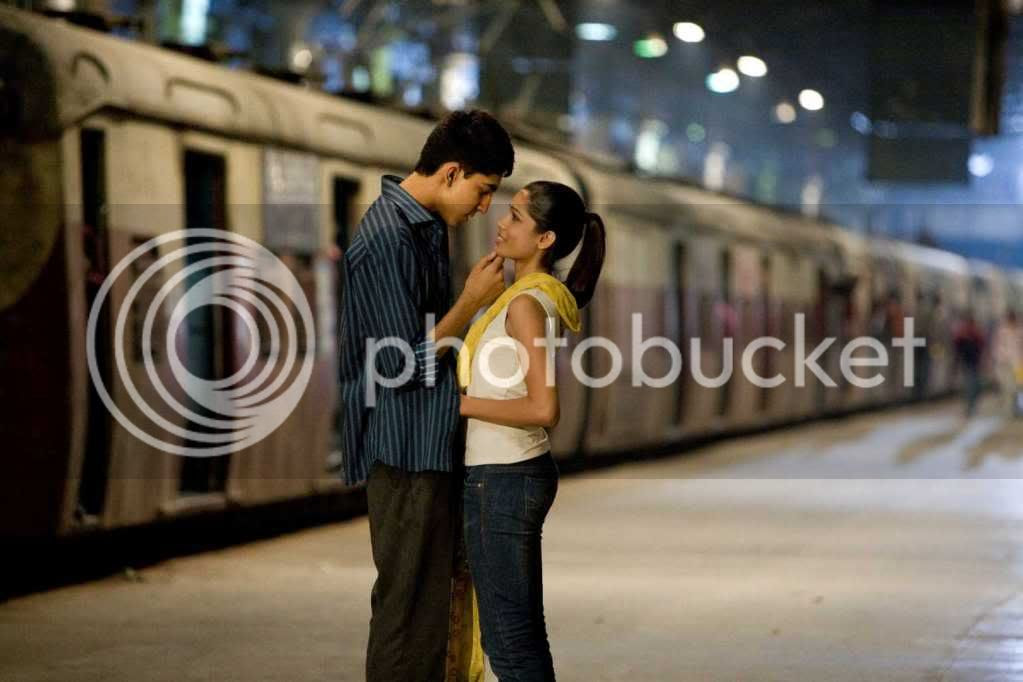 I've seen this film twice to date, and both times I've noticed distinct whiffs of The Wizard of Oz amidst the film's superbly romanticized climax; not so much in shared filmic qualities than in how both sidestep customary storytelling pretenses to go for the emotional jugular. As regarding the lifetime of experiences that aid the most unlikely of gameshow candidates -- a young boy (Dev Patel) whose ghetto life has provided him with a most extensive and varied array of skills and ever-so-helpful factoids -- Slumdog is comparable to Uma Thurman's adrenaline shot in Pulp Fiction, a kinetic fireball of a movie in which every vibrant image and titillating edit trigger vast networks of emotional response. Boyle's flashback device would appear to be a hindrance to the whole, but Slumdog is nothing if not more than the sum of its parts, its collection of instantly iconic pop experiences effortlessly translating across the boundaries of age and culture into a superbly humanized modern-day fairy tale. [B+] 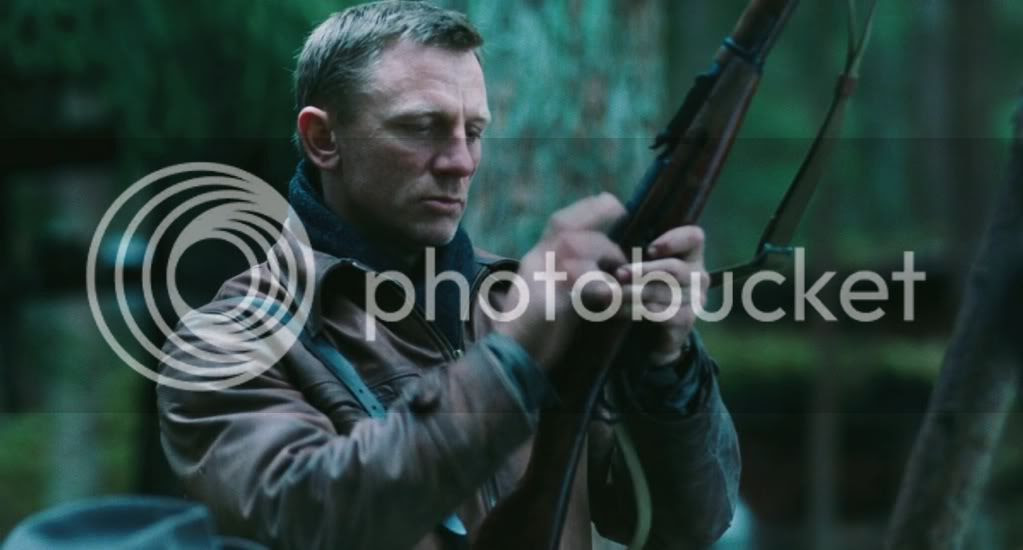 Normally, I'm all about Jews with guns, but Munich this ain't. For a while, Defiance, the latest from the reliably boring Zwick, would appear to be an act of creative growth of sorts, and though it is certainly an improvement over Blood Diamond, this tale of a Jewish community that survived for three years of WWII in the Belarussian forest remains as emotionally robotic and superficially deliberate in its storytelling as one would expect from blatant paint-by-numbers filmmaking. [C] 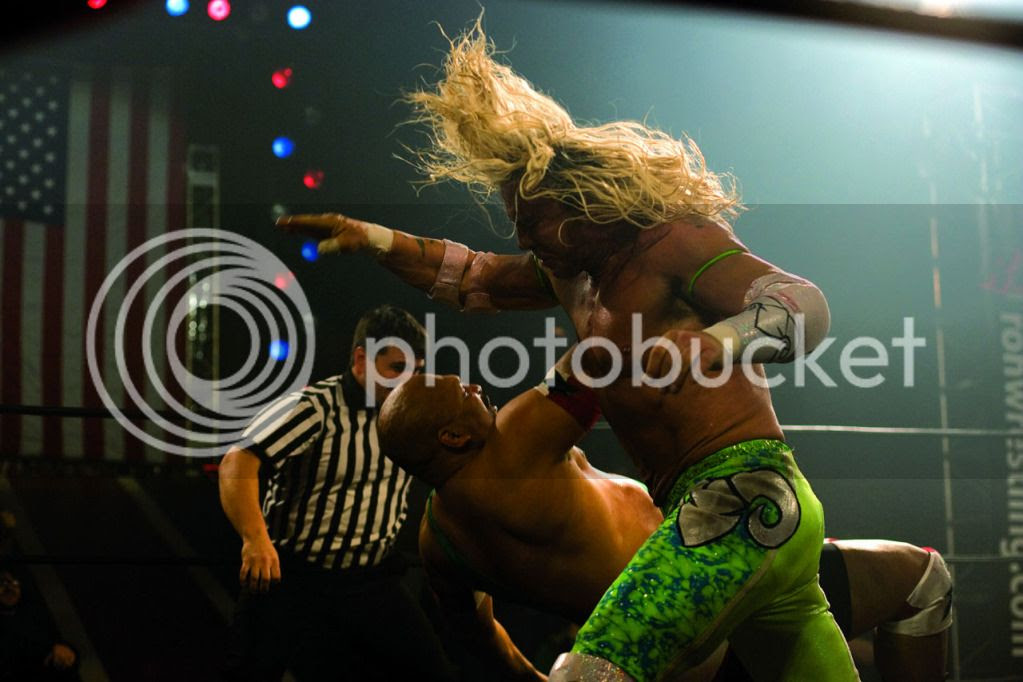 The extreme stylistic dissimilarity between this and Aronofsky's previous film (the out-there sci-fi fantasy existentialism of The Fountain) and this is just about surface deep; The Wrestler is a film as particularly embodied by its chosen style as its predecessor, and is just as eager to feel and be felt. Rourke is sensational as the washed-up former celebrity wrestler Randy "The Ram" Robinson, but for me it's Aronofsky's handheld takes that steal the show: following Randy about his routines, achingly, effortlessly evoking the time that hangs on every choice and missed opportunity, all of it rather bittersweetly framed in the film's anti-romantic view of northwestern America. If certain passages feel more or less calculated, the overwhelming majority thrives on the film's lived-in sense of class consciousness; there may be no more heartbreaking scene of 2008 than the wallop-packing closer. [B+] 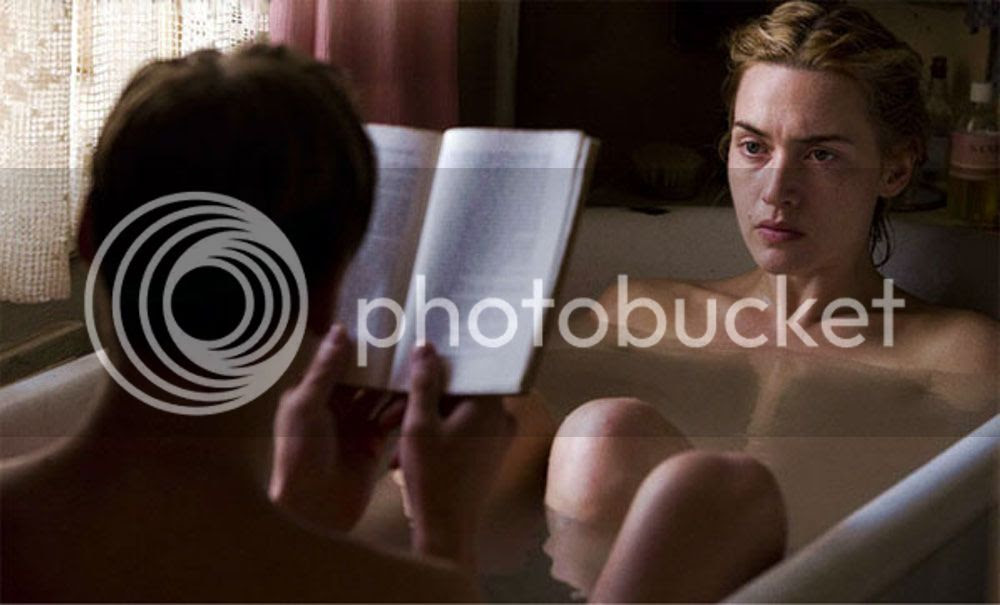 The Reader suffers chiefly from a distasteful thematic overemphasis, though not far behind is the film's rather insistent self-flattery. Kate Winslet is perfectly serviceable as a former SS agent who, while attempting to live a normal life in 1995 Berlin, has an affair with a 16-year-old literature enthusiast; after he sneaks a peek at her privates while she changes, it's only a matter of time before she's bawling her eyes out as he reads the climax of The Odyssey. Strangely dispassionate, there's little to chew on for a film so purportedly serious. The banality of evil -- the means by which normal, moral people (i.e. the overwhelming majority of the German population) find themselves accepting and aiding something as overwhelmingly horrific as the Nazi holocaust -- goes relatively unexamined amidst all the futzy melodrama and faux-sensationalist sexcapades, the entirely of which enmesh in one of the most confused/confusing thematic wrap-ups I've ever seen in a film. In all ways, it's just about illiterate. [C]