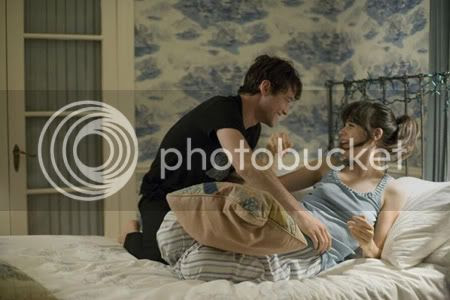 (500) DAYS OF SUMMER (Marc Web, 2009): Bearing a degree of emotional sincerity atypical to its indie-approved brand of self-identifying quirk, the gimmicky (500) Days of Summer can be said to succeed in spite of itself. Honesty is key here, as the central conceit - the roughly year-and-a-half long emotional rollercoaster the main character, Tom Hansen (the always superb Joseph Gordot-Levitt), experiences as a result of his relationship with Summer Finn (Zooey Deschanel) - is explicitly titular, explored in bits and pieces shuffled back and forth in time. Many have compared the film to Annie Hall (which also begins post-breakup looking back), but more appropriate to these eyes is Scenes from a Marriage, albeit through a far inferior, twee lens. Abound conventions (the supporting characters en masse) and the occasional nugget of overwrought wit (the final "gotcha" moment) threaten, but fail, to cripple the leads' revelatory sincerity, best marked by two scenes, both transcendent, one an upper (bluebird), the other a heartbreaker (park bench). B 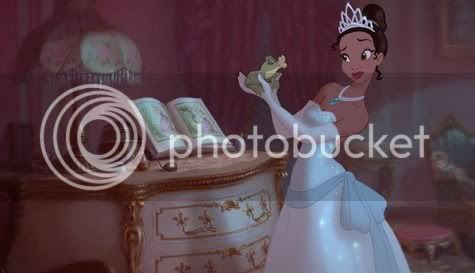 THE PRINCESS AND THE FROG (Ron Clements and John Musker, 2009): While at times suggesting a manic greatest-hits package of Disney's modern catalogue - complete with ready-for-Broadway musical numbers and supporting characters bordering on racial stereotypes - the emotionally earnest The Princess and the Frog more routinely reminds one of the Mouse House's original golden days. Much has been touted about the utilization of an African American character - the first among the Disney line of "princesses" (to say nothing of other ethnic backgrounds already represented) - but advertising campaigns be damned, the film is most progressive in its decision to not emphasize the color of its hard-working heroine's skin, but rather the cultural and economic roots that drive her desires and passions (see an interesting angle on the film's purported race card here, and then here). The New Orleans setting is surely an olive branch apology of sorts for Katrina and its portrayal of history a bit idealistic, but as far as instilling humanistic values across class boundaries (far and away more substantial than the racial kind, argues the film), The Princess and the Frog is nearly unparalleled. B+