150: Anvil! The Story of Anvil, Capitalism: A Love Story 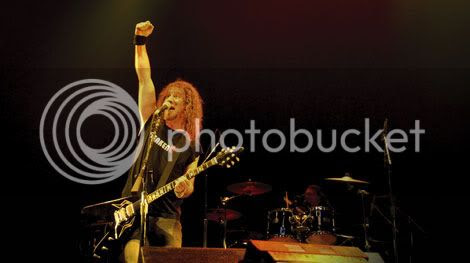 ANVIL! THE STORY OF ANVIL (Sacha Gervasi, 2009): Seemingly poised to go down as the true-doc equivalent to This is Spinal Tap, Anvil! chronicles the herculean efforts of the still-kicking, mostly forgotten titular rock band to once again make their mark on music culture. What follows transcends thrash metal culture and becomes a working class tale of doing what you love at all costs, as the band slogs through modest day jobs to pay bills and raise families, all the while having churned out a dozen albums and occasionally touring abroad since the mid-80's, now striving to raise the not-insubstantial production fees to record the aptly titled This is Thirteen. Anvil never condescends to its subjects - two best friends for life whose passion knows no bounds, even as it steeps itself in potential delusions of grandeur without a place in the "real world" (an interview in which a family member calls them out for being overgrown boys is practically heartbreaking in its insensitivity, even if it is true from a common sense perspective). If the band seems on the verge of rediscovery by the film's end, such is a development director Sacha Gervasi seems acutely aware of, framing their (spoilers ahoy) climactic appearance at a Tokyo rock festival less as an arrival at a long-awaited destination than as a triumphantly new beginning. B 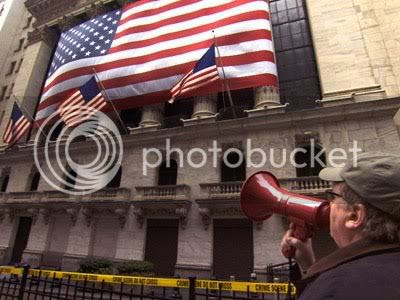 CAPITALISM: A LOVE STORY (Michael Moore, 2009): Moore's heart is in the right place, but Capitalism ultimately proves too half-assed a cine-essay to bear any substantial impact outside the choir it eagerly preaches to. From an emotional standpoint, this excavation of the decaying capitalist values further widening the gap between the American rich and poor fails to stoke the flames of moral atrocity high enough to qualify as expertly rendered propaganda, instead shifting focus too quickly from the tragic and unjust (the powerful gorging themselves on the losses of others; the "dead peasants" section is a must-see) to the tritely sentimental (a trip to his father's former place of employ in Flint, Michigan) and meekly scabrous (his usual gadfly-esque demonstrations come off as limp-dick here). Capitalism ultimately hopes to suggest a dawning sense of empowerment in the American people via a strike sequence in which factory workers barricade themselves inside their workplace. The real tragedy here, however, is that it more or less lets off the hook the greedy fuckers responsible for exploiting the lower classes, effectively tossing pebbles at its targets when it should be heaving boulders. C+