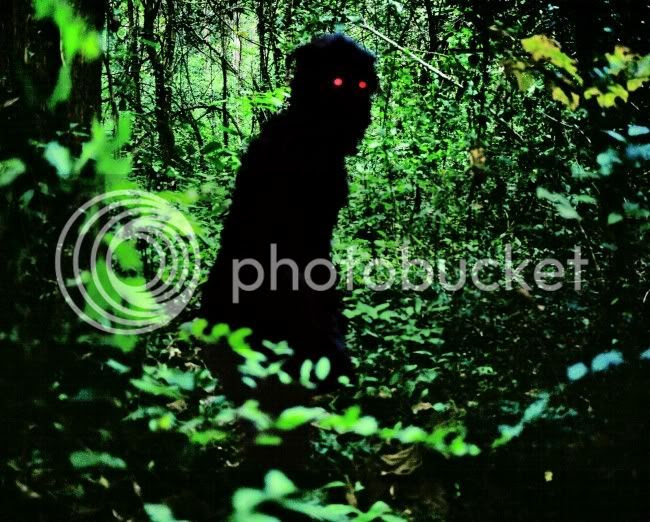 Uncle Boonmee Who Can Recall His Past Lives (Apichatpong Weerasethakul, 2010) Is it that the Thai filmmaker is getting better, or am I just becoming that much more in tune with his wavelength? That question demands a reviewing of his Tropical Malady (which I liked, but didn't quite get; Syndromes and a Century was much more my bag), but for now, I'm simply grateful to have enjoyed this latest existential doodle from this most relaxed, assured, and profound of filmmakers. Life and death are blurred in ways equally mysterious and clear-minded in this fantasy mood piece, which deliberately indebts itself to 2001: A Space Odyssey via the inclusion of a red-eyed, shaggy-haired simian character, one of two deceased family members who appear to the titular relative in his final weeks in the flesh world we know. (What's more, the film actually deserves to be so audacious.) Ethereal, meditative, and surprisingly funny amidst it all; I can't wait to watch it again (and a third, fourth, and probably fifth time, at least.) [Rating: 4.5 out of 5]

Repulsion (Roman Polanksi, 1965). At age ten, I didn't know what to make of this surreal nightmare, but then, I was a late bloomer. This landmark psycho-sexual horror film (see here, Black Swan fans) strikes me largely as a tragicomedy in disguise; you may feel the urge to laugh out of sheer need to break the tension, and Polanski knows it. Featuring the fragile, tormented, and unwaveringly endearing Catherin Deneuve in the splintered lead: An easily distraught young woman whose instability is at least aggravated - if not caused outright - by the sexual attention of the men around her, be they dishonorable or not. The lines of reality to her perception are never clearly established (a subjective mindfuck that reveals itself more in hindsight), but it's terrifying in the moment nevertheless. The ticking of a clock seems to penetrate the very fabric of space in the film's haunting apartment locale (and that's the least nerve-racking of the noises to be heard), but nothing proves more frightening than when the sound goes away completely. A dead bunny may be the supporting performer of the year, and minus a single creative choice that probably amounts to little more than a petty personal preference, the film strikes these eyes as perfect. Criterion's Blu-ray is gorgeous, but then, you knew that already. [Rating: 5 out of 5]

Biutiful (Alejandro González Iñárritu, 2010) It ain't Babel, but it sure ain't 21 Grams, either. The former (essentially Crash Redux, complete with pseudo-ponderous zoom out finale) might have gone down smoother had it not been so obviously the product of a talent going down in flames in the name of after school special topicality, and while Biutiful pedals back on the subtext-as-plot insufferability, it continues some of the same bad habits the director has recently let get the better of him. (Button-pushing controversiality? Blanket miserablism? Check, and check.) Iñárritu hasn't meaningfully played with time since the aforementioned Grams, although here it at least affords a revisitation of one of the film's most interesting scenes. Javier Bardem is Uxbal, a small time player in the criminal underworld of Barcelona; amidst efforts to protect a band of immigrant workers and his own family, he is diagnosed with terminal cancer. With at least one subplot too many (or too scantly explored), Biutiful never feels like a full blossoming of what's being planted; it builds and builds, and deflates when seems like it should explode. Though seriously flawed, it remains a thoughtful, moral film. Iñárritu wisely leaves the cast to their own devices (Bardem's so prodigious that even the Academy couldn't not toss him another nod in recognition), and if the film is ultimately a failure (not my opinion), it's at least one of grand and genuine aspirations. Go back to the editing room, Alejandro: There's a great movie rattling around somewhere in there. [Rating: 3.5 out of 5]

The Illusionist (Sylvain Chomet, 2010) I caught this at the last showing on the last day of it's local run, which was good for my wallet, but not for my creative palate; I'd have seen it two or three more times if possible. I'm ashamed to say I'm entirely unfamiliar with the work of Jacques Tati, whose unfilmed script (written to his daughter, as both apology and love letter) was used by Chomet for this, his follow-up to the wondrous Triplets of Belleville. Nearly free of dialogue (much of which is reduced to indistinct remarks; the communication is in the tone and the remarkably drawn gestures), this story of an aging magician and the young girl he takes under his wing is the stuff of life, simply put. Eliminating the dialogue helps it to achieve some kind of universality: Yes, it's about these people, but it could be about anyone. Many riches to be mined here. [Rating: 4.5 out of 5]

Step Up 3 (Jon M. Chu, 2010) My interest in this inspired act of creation doesn't quite hit zenith levels, but I am able to say "best end credits in recent memory" without a second thought. The story, as it is, is pure bubblegum; you've seen it before, yes, but never so stripped down to the essence of the material. I know not a thing about dancing and couldn't bet my life on my ability to actually perform in any way not requiring or improved via alcohol, but this (back to the movie now), is pure, uninhibited artistry being channeled both in front of an behind the camera, a celebration of family, love and possibility. The cast members are quick-footed contortionistic masters of rhythm. Genuine and genuinely infectious, and it appears that - if watched in 3D - it'd have about four times the creativity and wit as the format did in James Cameron's Avatar. The latest example of what's possible when studio execs don't give a shit what the movie is, only that it exists in the first place to cash in the popular predecessors (neither of which I've seen in this case). I think it deserves midnight movie status, and I'm sure this guy thinks so too. IFC? Preferably someone else? [Rating: 4 out of 5]

Xtro II: The Second Encounter (Harry Bromley Davenport, 1990) This movie disturbed me as a child, but all I remember seeing were the gory money shots. Now, I've seen Alien and Altered States and, uhm, Sunshine, and the sheer redundancy of this film video is easily the more distressing factor. (Actually, I'm almost impressed by the special effects, seeing that this was a straight-to-video production.) Were the film entire just a few shades more ridiculous, it'd be perfect MST3K fodder, and if 4th generation Alien ripoffs are your thing, have at it. For me, it's a bit too preoccupied with keeping a straight face to ever really be the kind of fun necessary to overcome it's inherent awfulness; despite some sporadically amusing archetype riffing amongst the supporting characters, it never gains traction. Mostly, it's an unsatisfying game of Ten Little Indians, as it never even gets the cinematic basics right, probably more for lack of funding than anything else -- establishing and detail shots are so disconnected that nothing like visceral tension can accrue. The monster (a giant creature inadvertently transported to Earth from another dimension) never seems to occupy the same space as anyone else, and it doesn't help any that the score is like too many of its early 90s cheapo horror contemporaries: Cereal box synth music from hell. Alcohol might make this better, but it might make it a whole lot worse, too. Bad movie fans, proceed with caution. [Rating: 1.5 out of 5]

Dogtooth (Yorgos Lanthimos, 2009) If ever a film demands a second viewing, it's this one: It's savage and horrifying and wicked and funny in the same vein of humor that could also find Dead Baby Jokes funny (i.e. the subject matter isn't funny, but the mere nature of it, being so sensational and offensive, is), and on top of it all, it completely denies us of context, outside the elasticity for good and bad held by the human spirit. What you see is what you get, and what you see are two parents who mentally, emotionally and physically imprison their now-adult children to sickening lengths (by the time incest is suggested, it hardly comes as a surprise). That I'm aghast must be a form of overload, and as baffled as I am by this dark underbelly of a film, I did enjoy it. Probably an evolved form of the style and judgment usual dished out by Michael Haneke (who I do like, despite both Funny Games). Stay tuned for viewing numero dos. [Rating: 4 out of 5]

The Eagle (Kevin Macdonald, 2011) It's pretty much what you'd expect from a sword-and-sandals film starring Channing Tatum and released by Focus Features, which, for me, means it kicks ass. Perhaps inevitably, it lands as something of a cross-breed between 300 and The New World, which is to say it's both viscerally intoxicating and phantasmagorical. When's the DVD? [Rating: 4 out of 5]