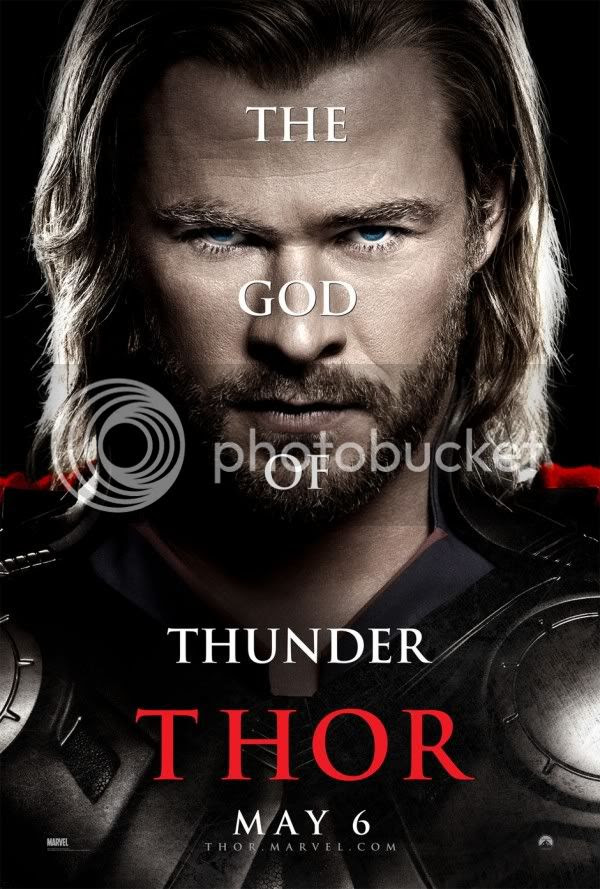 There have been far less competently assembled superhero films (think Catwoman or Wolverine), but few can compete with Thor for sheer torture of what is best described by my own semi-immediate internal response: "This? I have to sit through, and stay awake during, another hour and twenty minutes of this?" Branagh's name is in the credits, but the film only bears a wisp of his touch; I suspect this one was done in rapid assembly-line fashion, without love, for a pay day, and such as it is, I can't hold it against the auteur. And really, who could put any genuine, creative love into this dusty, mechanical screenplay? Once you're past the start-in-the-middle device, the weightlessness of the drama becomes achingly apparent; the whole thing is so brittle in conviction and purpose that you fear the screen will crack apart. I didn't stay for the end credits Sam Yell Jackson cameo (I can't wait for The Avengers, if only because I'm tired of other movies functioning as advertising for it), but I now wish I had, as it'd have likely taken the total number of minutes I enjoyed in the whole film from about eight to about ten. The initial displacement of Thor - ancient God stripped of power and banished to the mortal realm - makes great, if fleeting, use of Branagh's skill with physical comedy. And some of the stuff that comes out of Natalie Portman's mouth is genuinely funny, for reasons both good and bad for her stardom. Alas, the pleasures are few: even the purportedly epic sights and money shots smack of green screen laziness, suggesting nothing more than an animated storyboard (minus real involvement, we're reduced to merely looking at stuff), and don't get me started on the splintered look of the action "scenes." Branagh's chosen style (and that's a generous term to use here) consists primarily of tilting the camera about forty degrees every fifth or sixth shot. Fans of the source material might find more worth here, but for how conceptually alluring it is, Thor is a rather pitiful utilization, for the uninitiated at least.