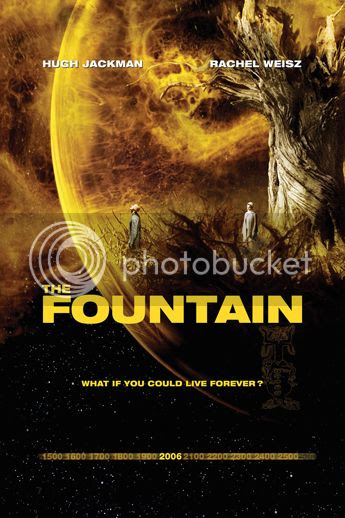 Call me a sucker, but I have a taste for ambition than knows no bounds. This is the case in all human endeavors, but particularly in the artistic realm, and given my interests, particularly in film. In some cases, these are films that I recognize as outright failures, or, at the very least, wobbly creations that barely manage to carry their own weight. I have tremendous respect for Alexander even though it spends most of its three hours crashing down in flames. Others I simply adore through and through, despite their having earned the label of “failure” from friends and peers. I’ve seen it five or six times, and I still adore Paul Thomas Anderson’s Magnolia, and consider its overblown bravura the very life blood of its canvas.

It should be obvious to just about everyone, then, that what is and is not a “failure” is an incredibly subjective designation. A necessity in any form of criticism or opinion-exchanging is the ability to recognize - and appreciate - the coexistence of conflicting opinions and taste; were more people be able to do this simple task, the world as we know it would be a much nicer place to live in. With this in mind, I've chosen The Fountain as my subject on this topic. I think that there are far better and more important films I could write about for this topic, but it was a film that left a deep impression on me that I've not yet found the time to adequately examine or write about. Six months later, having now seen it three times and come to better understand my feelings towards it, I feel far more prepared for the task. 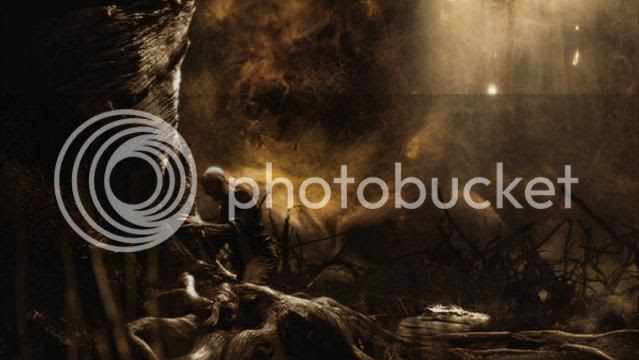 At a recent party in Brooklyn, drinks in hand, myself and some fellow Slant writers came around to Aronofsky’s film in our conversation. Ed Gonzalez hated it (though he loved Clint Mansell's score), Keith Uhlich “didn’t mind it” (though he likes it when "the tree eats Hugh Jackman"), Paul Schrodt thought it was interesting but pretentious, and the absent Nick Schager – like me – included it on his original top ten list at the end of last year, readily admitting its many flaws in the process.

I bring up these individuals not to criticize or take on their opinions, but to remark at how many of their specific (and largely negative) observations I actually agree with; despite many of the same observations, we've reached strikingly different conclusions. Yes, The Fountain is ridiculous, arguably pretentious, pining for your attention like a sixth grade emo kid. Its premise is a silly and all-too-literal manifestation of man’s grappling with his own mortality. Its multi-layered narrative web is highlighted at every intersection, and Rachel Weisz is always standing by to repeat the film's philosophies for those who didn’t hear them the first time. Despite all that, I love it to pieces. 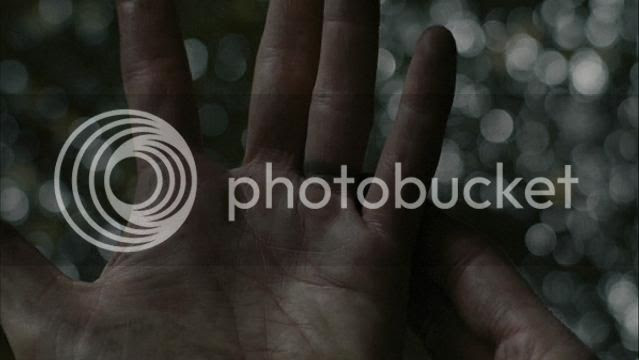 Admittedly, I recognize that at least some of these feelings come from an internal bias on my part, but what opinions aren’t biased by our own experiences, feelings, thoughts, dreams and passions? Two near-death experiences in the past three years have placed mortality at the front of my mind in almost all matters. While The Fountain’s blatant themes of death and immortality should ring true with any being aware of its own finite existence, its motivations and ambition speak to me even more so, and I believe it is this strength of intent that holds it together even as its many pieces threaten to fly off like some out-of-control amusement park ride.

To some extent, one could argue that The Fountain remains less than fully formed, although to an extent I feel that such perceived shortcomings actually add to the experience. This is a film – or at least a theme and subject – that Aronofsky should have arguably left in the drawing room for some time, until life’s experiences had given him greater insight into the passages of the soul. But at the same time, the film is what it is because of its creator's youthful vigor, the passion that stems from eagerly exploring the unknown. It is a naïve work by a soul aware of its own limitations, its honesty like a pulpy, bleeding heart longing for the experiences of the world and the wisdom of the ages.

It is unfortunate for the film that it has elicited such a distinctly divided reaction amongst both audiences and critics alike, it being thematically ambitious but aesthetically traditional enough to arouse similar vigor on both sides of the aisle (it is telling that the film's Rotten Tomatoes score is an even 50%). Many love the film for something it isn't, while many hate it for failing to be something it never tried to be in the first place. Only a fool would liken it to 2001: A Space Odyssey – hold Kubrick’s masterpiece up to Aronofsky’s work, and it will expose the film’s flaws tenfold. Similarly, it is foolish to disregard any work simply for not being something other than itself, to leave it despite any potentially independent merits of its own. The Fountain has its own beautiful, worthwhile heart, a desire to reach for greatness despite knowing full well that it is out of its league. 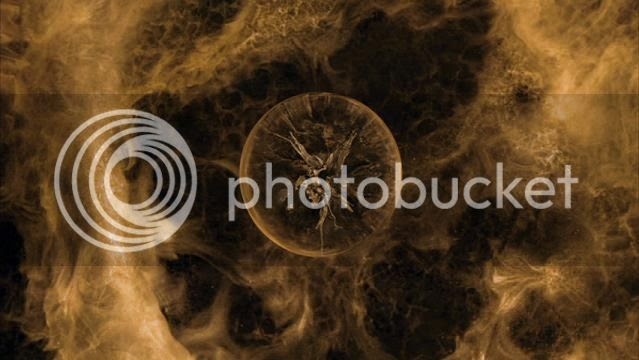 Silliness is a key word in describing Aronofsky’s film, whether in addressing its multi-pronged narrative, religious overtones, or trippy sci-fi imagery. Hugh Jackman floating in a bubble with a dying tree through the reaches of space to some dying star that an ancient civilization worshipped as their underworld? Recurring circular imagery likening the human experience to the rings of a tree's life cycle? Many people have bemoaned the film as being "incomprehensible," but if anything, it is a work far too obvious in its execution. However, this all-or-nothing, pull-out-all-the-stops approach is a befitting one I quite adore under the circumstances - what the film loses through this "flaw", it gains back triplefold by forsaking the limitations otherwise imposed on it.

Aronofsky has laid out his intentions like a heart on his sleeve, tying together his epic love story through a fairly obvious storytelling device that allows him to cover a 1,000-year canvas with relative ease. Like M. Night Shayamalan's misunderstood Lady in the Water (possibly 2007's greatest "failure"), The Fountain is a daring act of creation open for all to see without the slightest of pretenses. Internet critic Steve Rhodes calls it “preposterous,” and he is right (keep in mind that many people think the same thing about the virgin birth, too). What it comes down to is the human need to tell stories – stories that uncover deeper emotional truths, no matter what path is taken to find them. If film criticism boiled down to pure technical analysis - from basic filmmaking practices to the usual suspects of plot, acting, dialogue, etc. - then I’d be unable to even give The Fountain the time of day. But, as is the case in all art, there is an immaterial force guiding the proceedings, and even though The Fountain is routinely absurd in ways seemingly unforgivable, it works through its own messy ambitions to find its own sacred emotional truths. 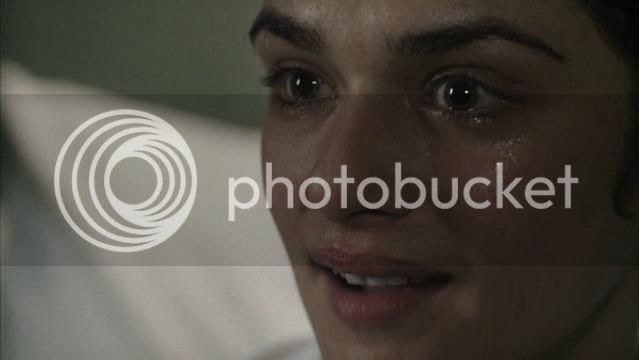 I’d never much liked Rachel Weisz in the film, but it dawned on me during my third viewing that she may very well be the key to accepting or leaving the entire work. Her performance is one of shameless attention grubbing, and though she looks heavenly through husband Aronofsky’s lens, she comes off as impatient when forced to pontificate about the script’s Big Themes. It's a dissatisfying in-the-moment impression that improves almost immediately in retrospect; while her enthusiasm is a bit too much to swallow, it is also infectious, a purifying force to be submitted to. Like the film as a whole, she bypasses all that is considered proper for the sake of art and philosophy, instead going straight to the gooey gut of the matter, and those who are turned off by such brazen romanticism will just have to be left behind. In theory, The Fountain seems to have been an impossible film to make, and in cases such as this, ignorance is possibly the greatest tool a filmmaker could have at their disposal. How else to attempt the impossible than to disregard the odds you face?

In this way, my adoration for The Fountain stems largely from the fact that it even exists in the first place. This is not to say I dislike watching it – it is a rocky experience that has elicited groans, chuckles, and eye-rolls from yours truly, and one that I can wholly understand others loathing. It can't begin to hold a candle to its many predecessors and will likely be surpassed by its own creator as his body of work builds - it might not even make my top ten of the year should I ever recompile the list. Still, with all this standing against it, it has also managed to make me wide-eyed with wonder; not in the staring-into-the-face-of-God way that 2001 manages to redefine my life every single time I watch it, but in the way that one is inspired by watching another do the same, without flinching. If this is but a folly of youth – both Aronofsky’s and mine - then so be it.

This my contribution to William Speruzzi's Ambitious Failure Blog-a-Thon, hosted at This Savage Art.