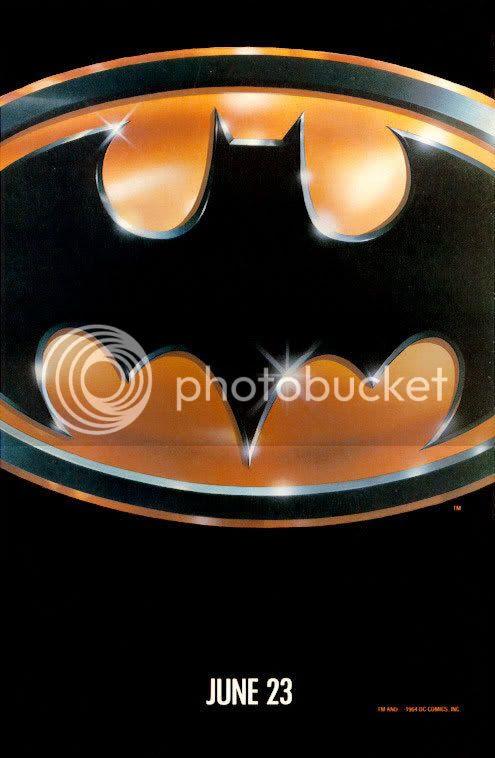 Despite representing his newfound status as a major Hollywood player, Tim Burton’s much-hyped 1989 smash Batman remains little more than a curious relic deprived of personality – a manufactured widget less influenced by poetic artistry than capitalistic greed. There’s plenty there, for sure, but for a movie so purportedly big, Batman is disconcertingly small, conceptually and visually, as if Burton’s own input was deliberately siphoned off lest the end vision be too unique to trust with such potential blockbuster revenue at stake. Whether executive pressure or the sheer intimidation of the production put the squeeze on Burton, the end result has always been one of supreme apathy to these eyes, both in its lack of stylistic fervor and in the impression left on the heart and soul; the film screams out for an expressionistic wallop of action, romance, and fright, but finds only a void of underdeveloped style and halfhearted execution to call its own, as if rushed to completion without a moment's glance at the dailies along the way. A feature-length nip and tuck, it suggests – among other things – a film edited so as to squeeze in as many showings per day as possible. The beast isn’t quite soulless, but the flashes of euphoria are so few and far between that it may as well be, if only to put an end to its own misery.

At their best, Burton’s films are not unlike miniature universes unto themselves, clearly defined spaces populated as much with people as with teeming feelings and ideas manifest within the visual sphere. This alone would make him a prime choice to breathe life into the world of the Dark Knight, but being loosely cobbled together with matte paintings, poorly shot miniatures and scrunched together sets, Batman’s Gotham City feels less like a genuine setting or character than it does a half-hearted production design. The detail work is there but there’s no connective thread running throughout the picture, no point of reference by which these characters exist within their cinematic realm. Cutting immediately from the opening wide shot of the cityscape to the ground level of urban decay, Burton fails to grasp the largeness of Gotham, both physically and spiritually; the landscape wants for a sense of placement within and between its scantly established locales (one imagines how much of the budget that went to securing star power would have been better spent producing a more encompassing vision of Batman’s world). Ultimately, it’s Blade Runner for tykes, as the film falls back on preschool conceptions of film noir to suggest the city’s sickly moral infestations. From the grizzled, crooked cop who appears ready to die via heart attack at any moment to the shrieking, faceless henchman trained in martial arts by way of Saturday morning cartoons, Batman trades in extreme caricatures played straight, a relative flaw that may have proven otherwise were the film more substantially concerned with its character’s supposedly weighty psychological foreplay.

While more recent superhero fare may have rendered Freudian 101 character studies all but moot, at least even the most simplistic of offenders (I'm looking at you, Ghost Rider) at least made an effort to explore their heroes’ tortured souls. Batman bears witness to Bruce Wayne’s (Michael Keaton) troubled past – a fateful encounter that saw both of his parents murdered before his very eyes that ultimately led to his secret life as the caped crusader – but fails to connect the character’s history to his vigilante activity in ways more than incidental, culminating in a flashback reveal so obvious that it only serves to solidify our billionaire hero as a grade A idiot. Keaton works small wonders given how underwritten the part is, using his subdued charms (as opposed to contrived tics) to emphasize Wayne’s repressed emotions, but the psychological connection to Batman is so tenuous that, whenever he dons the costume, the impact of his screen presence can be said to equal that of The Matrix’s spoon. The top-billed Jack Nicholson, then, is the one who gets the spotlight, in a performance so overboard that it may very well qualify as the most self-indulgent of his career. It doesn’t help much that his Joker makeup looks like shit (the character’s permanent grin looks less like frozen muscles than a Greek theater mask missing its tragic counterpart), but Nicholson does no favors to his character’s thwarted humanity, his constant winking to the audience coming off less like the mannerisms of a madman than the obnoxious antics of a hammered celebrity (one must imagine, though, how leaden the film would be without his chewing of the scenery, given that it already comes close to qualifying as an all-out sleep aid).

Though lack of cohesion can be said to summarize the bulk of Batman’s far-reaching flaws, that doesn’t stop the occasional moment of wonder from shining through, be it the rare instance when a performer approximates the pulpy wonder the film perpetually reaches for, or the handful of shots readily identifiable as coming from Burton’s keen and deliberate eye (it's a sad state when the high water mark of a film is the opening credits sequence, here a miniature masterpiece of music and shadows from which the rest of the film could take a lesson or three). Pity, then, that the majority of Batman feels like it was crafted by McDonald’s executives intent on selling as many Happy Meals as possible with minimal advertising investment. Even when the scenery proves visually striking, the film rarely fails to shoot it from the most mundane angle possible, editing patchwork sequences together so wildly that one can’t help but think of Ed Wood, assembling stock footage together from earlier, now dismantled productions. Batman should be a dark and brooding world; rather, it’s just a hole into which bits and pieces of inspiration have been dumped: blatant attempts at iconic imagery, stock characters lacking necessary genre heft, and a script that mistakes surface scratching for deep probing. Nevertheless, all this and more would prove a worthwhile sacrifice when Burton would go full throttle for the sequel Batman Returns, a film as atmospheric, profound, emotional and thrilling as this unfortunately misbegotten predecessor is not.