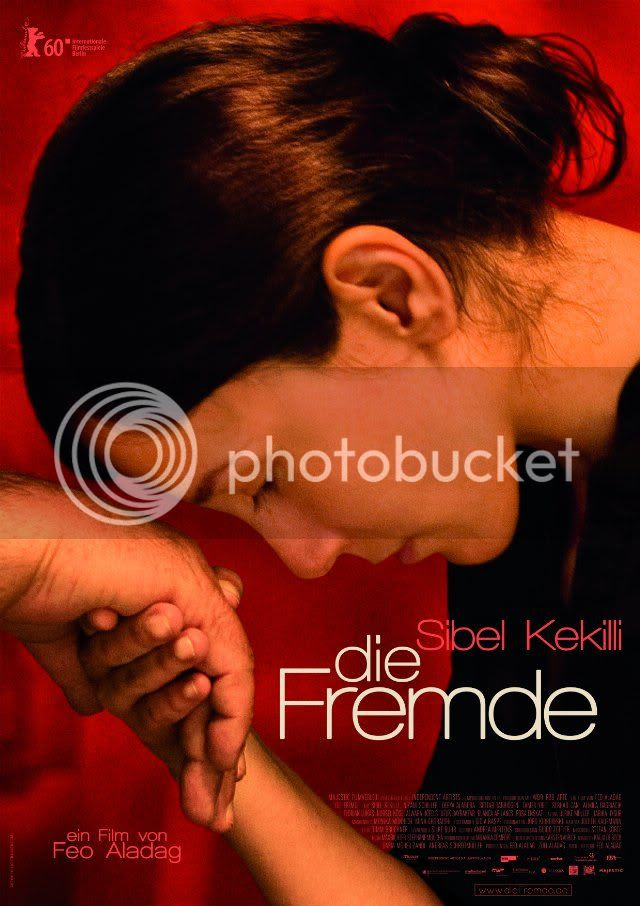 When We Leave is as shrill as any handful of the interlinking paths from Paul Haggis's Crash (spoilers ahoy), and while a climactic scene that similarly involves both a child and a gun makes the film's indebtedness unmistakable, the film differs from 2004's Oscar winner in that it actually captures something resembling legitimate human emotions. As far as pro-humanitarian arguments go, one could do far worst for subtlety, but while the film's points are on target and virtually inarguable (modernity = good, ancient barbaric misogyny = bad, etc.), the degree to which the script flatters the intended liberal audience won't do much for the non-believers. In this case of calculated injustice, a traditional Turkish family (living in Germany) rejects the wishes of their daughter Umay (Sibel Kekilli), who chooses to leave her abusive husband and take their young son with despite cultural traditions dictating the husband's absolute final say (the still accepted practice of "honor killings", in which dishonorable women are typically killed by family members, is the film's key social target). The material has great potential but the ultimate shock is softened by a common foreshadowing device that doesn't contribute anything thematically -- rather, it exists merely to pull the rug out from under you. What does move is the conflicted humanity on display via the cast, who collectively embody the social disharmony that pressures so many people into behaving into the hands of the past (lead actress Sibel Kekilli in particular is sheer radiance). Screenwriter/director Feo Aladag is a hip to human suffering as she is prone to lay it on thick; a thematically encapsulating line of dialogue -- "Leave God out of this, it has nothing to do with Him" -- suggests too knowing a summary, not unlike a bumper sticker slogan. While a step in the right direction for prestigious socio-political issue films, When We Leave nevertheless remains too little Do the Right Thing, too much Crash (which is to say, it's a borderline cheat).