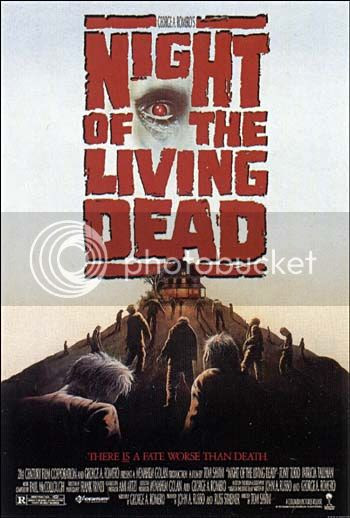 Further evincing the fact that direction is pivotal to the success of even a proven screenplay, Tom Savini’s remake of the 1968 classic Night of the Living Dead (the sequel to which - 1978’s Dawn of the Dead - he provided the iconic makeup special effects) is a worn-out-from-the-beginning affair that only furthers the argument against remakes. Its script is virtually identical to that of its predecessor, the only notable change being the character of Barbara, who in the original become introverted and catatonic, here a fierce warrior woman who strives to survive the oncoming hell on earth. This makes for some interesting elements inviting feminist readings, but ultimately the film fails to translate its source material to its new form of storytelling. Romero’s Night of the Living Dead was a zombie movie that knew nothing of the genre, its mysteriously unfolding events inviting speculation and fear purely out of the unknown. This remake cranks up the quota to eleven, removing any doubt as to what's happening from the initial stages, further destroying the subtleties of its human interactions as well as the allegory inherent in its walking dead, via a dunderhead explanatory monologue. Romero knew how to communicate his themes with wit and subversion (“this was an important place in their lives”), but for all of its loving nods to indebted source material, this Night barely musters the energy to pass for a rank special effects showcasing.