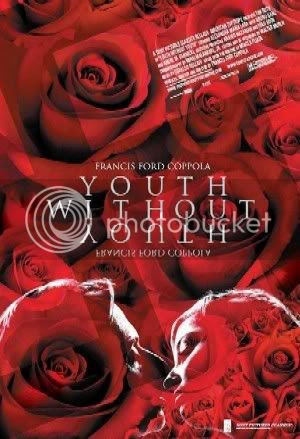 Though I lack much in experience, it seems wholly true to me that anyone truly, madly, deeply in love with film must know that it is not a medium one goes to for articulation of thought, but for expression of feelings - often indefinable (though we may try), and thus encapsulating the maddening difficulty of attempting to capture that which cannot be. As everything from plot-driven storytelling to the popular upsurge of documentaries would tell us, there is room enough for the relatively literate within the medium, but it remains at its core one of emotional equations, the feelings evoked as one image unfolds to the next with whatever sights and sounds they carry with them. And though I'm unavoidably biased in this specific case - a masterpiece from a master director, almost universally reviled by those long awaiting his return - the fact remains that reading most film criticism feels not so different from dispassionate market analysis more concerned with popularity and marketability than art and feeling. You want a story? Read the front page. I'm here for the picture show.

Francis Ford Coppola's experimental mood piece Youth Without Youth strikes these chords of intangibility in both form and content, it being literally "about" a man of brilliance attempting to finish his monumental life's work, while also reflecting the its creator's prolonged efforts to do the same. From Apocalypse Now to Bram Stoker's Dracula to now, Coppola has continually stretched the narrative form to its breaking points, churning through styles and methods with a vigor that can only be described as artistic initiative, strictly defiant of logic as it pries through the depths of our humanity. To submit to it is like flowing with some divine current, navigating the bowels of some heavenly palate (even the nightmarish hijinks of Apocalypse Now are guided by a deeply spiritual hand), and to do such is a choice we often make in that we either watch (detached, passive) or experience (navigate, explore) our movies. Tim Roth's Dominic Matei says that he continues his consumption of life during sleep. The dreamlike qualities of projected images allow us to do the same.

It would be easy to say that Youth Without Youth is many things at once, but bolder and truer to say that it is about everything and nothing, at all times. The burden of existence weighs down heavily on Coppola/Dominic, the cold montage opening the film an impressionistic collage of poor Yorick skulls, cryptic scrawling and time pieces set to the incessantly ticking mechanisms that serve to remind us of our imminent mortality. A stylistic throwback to classic 50's cinema as much as it is an operatic tragi-romance imbued with a kind of labyrinthine Lynchian madness, the film involves pseudo-science, religious overtones, split personalities, time travel devices, and Nazi-coveted superpowers, and that's just off the top of my head. Past romances, future possibilities, and the dogged desire to know where we come from all play into the experiences of Dominic, whose old-aged attempt at suicide is thwarted when he is struck by lightning, only to fully heal and become half his age in appearance.

Armond White calls the film a "brainy debacle" but I see no need for intellectualism here, and nor do I think that's what Coppola has us aiming for. Incidental to our friendship, I'm more in league with Keith Uhlich, who offers this: "Allow the constant play of words, ideas, images and sounds to wash over you in an aural/visual continuum and it becomes suddenly, brilliantly illuminating." Indeed, there is little logic to be found in the construction of Coppola's film, and nor does the architecture of the heart require stability in such ways as we tend to take for granted as being the only means available to us. Segueing from espionage thrills to a reclusive romance with super-spiritual overtones to an oblique meditation on death, Youth Without Youth requires us to abandon traditional cinematic devices in favor of base stimuli response, a language established by the frontal surrealism of the pre-credit opening sequence (how one reacts to this scene may very well determine the entire film to follow), and one rewarded endlessly in its multi-layered compositions and rhythms seemingly weathered by the sands of time. Overwhelmed by the vortex-like first viewing, I can't begin to expound on the rolling layers of profundity the film relishes in, from infinite sorrow to redemption and back again. It is the soul itself, born witness to.