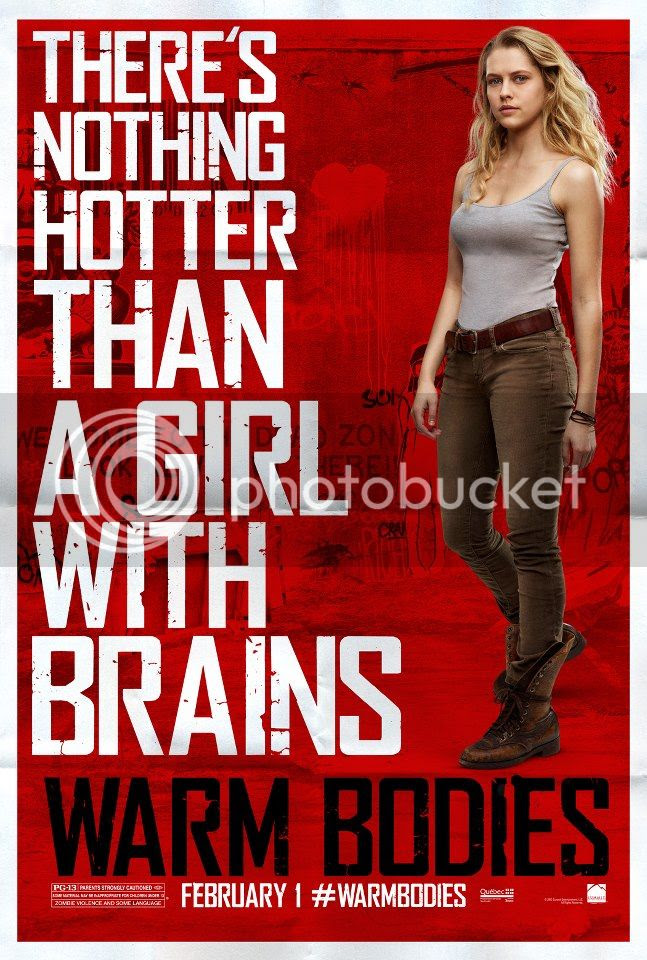 There's plenty about Warm Bodies that can be accurately described as absurd, even stupid, but such can only prove detrimental if one accepts the central premise of a zombie film with literal seriousness in the first place. The dwindling human population amidst the apocalypse is essentially an afterthought here, with a network of survivors holed up, Escape from New York-style, while the perished shamble away in a wistful recreation of their former lives. That zombies can think, use tools, and even communicate has been an established wing of the genre at least since George Romero's Day of the Dead, and Warm Bodies capitalizes on those predecessors to subversively charming effect (impersonating a reanimated corpse, a human lurches about excessively, at which point their unlikely zombie protector groans "too much"). "R" (Nicholas Hoult) is our chief protagonist of the undead (he can't remember his entire name), Julie (Teresa Palmer) the resistance fighter he falls for after eating her dead boyfriend's brains. I suppose this kind of film was inevitable in the wake of the Twilight franchise's success, but whereas those pretentious blockbusters pay trite lip service to fears of age and death, Warm Bodies is confident enough to make fun of itself even whilst sincerely examining the nature of love and self-understanding, no surprise from director Jonathan Levine (of 50/50, a film I'm most grateful for), who also adapted the script from Isaac Marion's 2010 novel. In this regard, the film is a triumph of having its cake and eating it, too, frequently inconsistent even within its own set of zombie "rules" (slow shufflers who spring to caffeinated life when under attack) and all the better for thumbing its nose at expectations with the occasional deviant touch. The low budget look occasionally suggests an unsatisfying television aesthetic, but the creative production design (particularly the creepy skeletons) and earnest script (which is tasteful enough to never explicitly articulate the film's Shakespearean trappings) go a long way in elevating so modest a work. A small pity that John Malkovich doesn't have more to do, but like most of Warm Bodies, he's a pleasure under any circumstance.