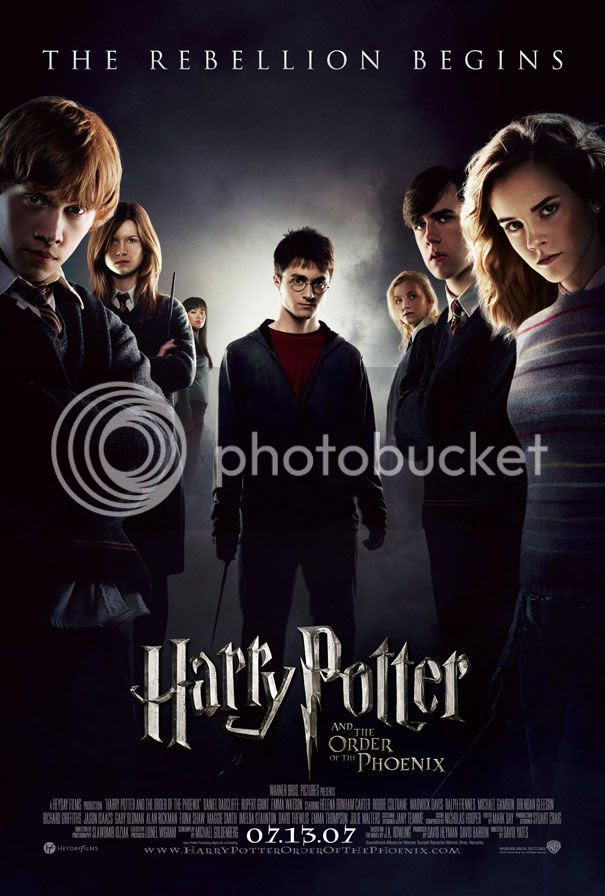 Harry Potter needs a vacation. Of course, his status as the Chosen One will forever prevent him from getting one – that is, at least until the events of book seven, the much anticipated Harry Potter and the Deathly Hallows – conclude his decade-long mythology (or so we’re told). This fifth film sees his darkest onscreen hour yet, a point that has been used as a springboard for both positive and negative criticism and almost entirely to superficial ends at that, either lamenting the “loss of magic” like a mother would her departing offspring, or simplistically equating growing menace and tragedy with heightened artistic and entertainment value. Like many who fight the good fight, it sucks to be Harry, but his is a saga that deserves far better when it comes to such cinematic retellings. Thus far all five films have been crafted with great attention to detail and respect for their source material (albeit in varying ways and with somewhat different priorities), and to say that any of them have been less than serviceable would be to foolishly denounce a great deal of craft and workmanship. Unfortunately, this encapsulates most – if not all – of the problems with these films; sans Alfonso Cuarón’s sterling Prisoner of Azkaban, every one of them has been a slave to the page from which it was derived, more focused on cramming in nuances and details than in developing a singular tone or creative, aesthetic thrust, too timid to stray from the success these stories have found on the page in putting them on the entirely different medium of the screen (it is telling that a great many purists hate the third, most loosely-adapted film with a fiery passion). Like many, the Potter fan inside of me – yes, I have my copy of book seven reserved, and will be in line when the clock strikes twelve in just over a week’s time – enjoys these films enough in the moment, but their Xeroxed joys are fleeting ones, despite their undeniable visceral thrills. Even Columbus’ blandest moments stand as more than box office draws (his style lacks distinction, but it would be unfair to say he didn’t care about these characters), but these are less films than they are carefully constructed additions to an unprecedented cultural phenomenon – strip away the hype and all that remains is an expertly made but emotionally bereft machine in need of lubrication. That The Order of the Phoenix features some of the series’ strongest components yet makes this all even more aggravating to the internal aesthete; Daniel Radcliffe has never been better is the title role, and the film is a welcome visual improvement over Goblet of Fire's stagy synthetics. Narratively, though, it remains streamlined to a fault and thuddingly literal-minded, deserving of the savory, meandering approach Rowling allows in her arguably overlong but undeniable feeling texts. Cuarón understood that cinema often requires the sacrifice of facts for feelings, a reality that leaves this barely satisfactory affair clinging to its literary predecessor for life support.