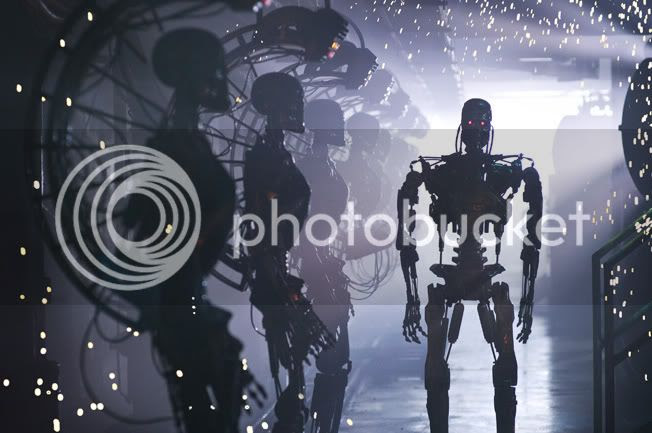 Let’s cut to the chase: is McG to blame for the semi-smoldering wreck that is Terminator Salvation? For whatever it’s worth, not in the eyes of this died-in-the-wool fan of the series—not enough, that is, to warrant making him a scapegoat for the entire mess. Surely this is, at the very least, a problematic film. I’ve half a mind to call it an outright bad one, and I’ll admit bias enough that it might simply be beyond my critical lexicon to put the words “bad” and “Terminator” next to one another in the same sentence. (You see, Cameron’s original is half the reason, if not more, that I am the way I am now, and yes, count me as a fan of Jonathan Mostow’s Rise of the Machines.) Don’t think I’m blind, though—there are parts of Salvation that "bad" would be too good a descriptor for, and some of the sins committed here are unforgivable. But like a rodeo performer up against an angry bull, I find myself tipping my hat to McG for his sheer willingness to take on this wild beast of a movie. He gives it his all, though I can’t imagine anyone’s "all" being nearly enough to repair the damaged goods that went into this production.


Click here to read the rest at The House Next Door.