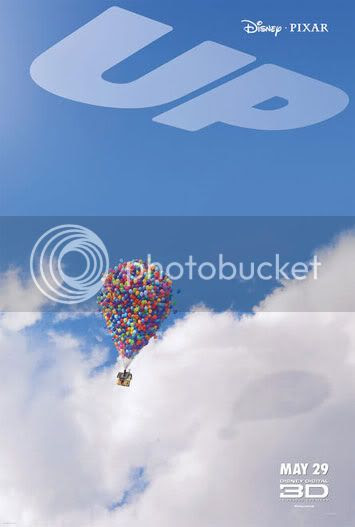 Up is quintessential Pixar, which is to say, it bears witness to both the accomplished artistry one comes to expect from a studio now enjoying its tenth (and tenth consecutive) critical and box office hit, as well as the well-worn formulas apparent in most bodies of mainstream cinema. To these eyes, Pixar hasn’t made an outright bad film to date (although Cars treads awfully close at times), and has in fact been a paragon of virtue as regards the telling of tried-and-true tales with a genuine sense of urgency. Nevertheless, while expertly rendered, the last third of Up is schematic compared to the assured and breathtaking first hour. An opening sequence, in which elderly protagonist Carl Fredricksen's (Edward Asner) life story is told (and, implicitly, that of his wife, Ellie), ranks with WALL-E’s first half as Pixar’s finest moment to date. Rather than give up his dreams in old age and enter assisted living, Carl—an accomplished balloon salesman in his time—ties some thousands of balloons (echoes of Herzog’s The White Diamond) to his home and makes way for Paradise Falls, South America, the wish-fulfilling journey he and Ellie never made in her lifetime. En route, Carl discovers an inadvertent stowaway: Russell (Jordan Nagai), an eager Wilderness Scout trying to complete a merit badge when he mistakenly boarded the soon-to-be airship. The vignettes that follow in their adventure are inflective and revealing, touching on the film’s themes of spiritual comfort via the tenuous interactions of the films eclectic characters. Alas (spoilers ahead), the late addition of an antagonistic feels disingenuously like a studio machine clicking into place where a beautiful, wild organism once roamed, and the incurred tonal disjunction proves enough to damage the film’s very foundation as well as the genuinely bittersweet ending. Far more lopsided than WALL-E, Up fails to reach the stratosphere.

Email ThisBlogThis!Share to TwitterShare to FacebookShare to Pinterest
Labels: blog reviews, reviews i now disagree with