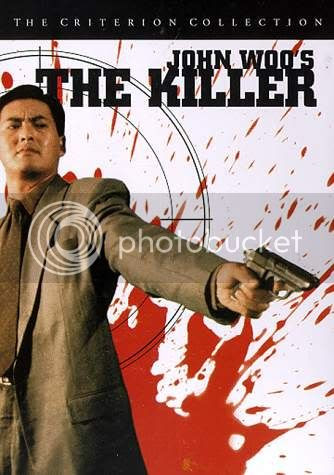 It's no misuse of hyperbole to say that violence has never appeared as operatic as it does in John Woo's The Killer -- one of the few films to hold a legitimate claim to the title of Greatest Action Movie of All Time. It's title suggests archetypal purity and existential singularity, and whether deliberately or not (the typically humble Woo thinks of his film as commercial, not art), the many pieces of this seminal work come together with such precision as to suggest something of divine inspiration. The title refers to Chow Yun-fat's Ah Jong (referred to in English dubs and subs as John or Jeff), a professional hitman with a conscience; when he accidentally blinds a female bystander whilst eliminating a club full of gangsters, he vows to secure the money needed for the necessary surgery to restore her sight. One last job should do the trick, but a snafu sees his position compromised, and before long, loyalties are tested and honor becomes the only thing left in a temporary world of masculine claims to power.

Romantic to its core, The Killer stages its many bombastic set pieces with gloriously poetic flourishes, the off-the-cuff verve stemming at least in part from Woo's infamously improvisational approach. As transfixing as it is, however, death is not something glorified here, but bemoaned as a necessary evil in an evil world; every expended bullet and flailing body of dead meat is shot as if an aching expression of a corrupted soul. Woo's impulsive editing choices (freeze frames abound for practically Wagnerian effect) compliment his rigorously framed thematic devices; men on both sides of the law become dual sides of the same coin when true justice is at stake. The blinded Jennie (Sally Yeh) is the equally melodramatic purity of essence in this world, but all does not give way to a better tomorrow. Sins must be paid for, and what separates The Killer from the commercial is Woo's ultimate refusal to give in to basic audience expectations. Like a true artist, he bites the bullet and gives us what we need instead.


I recommend these subtitles.