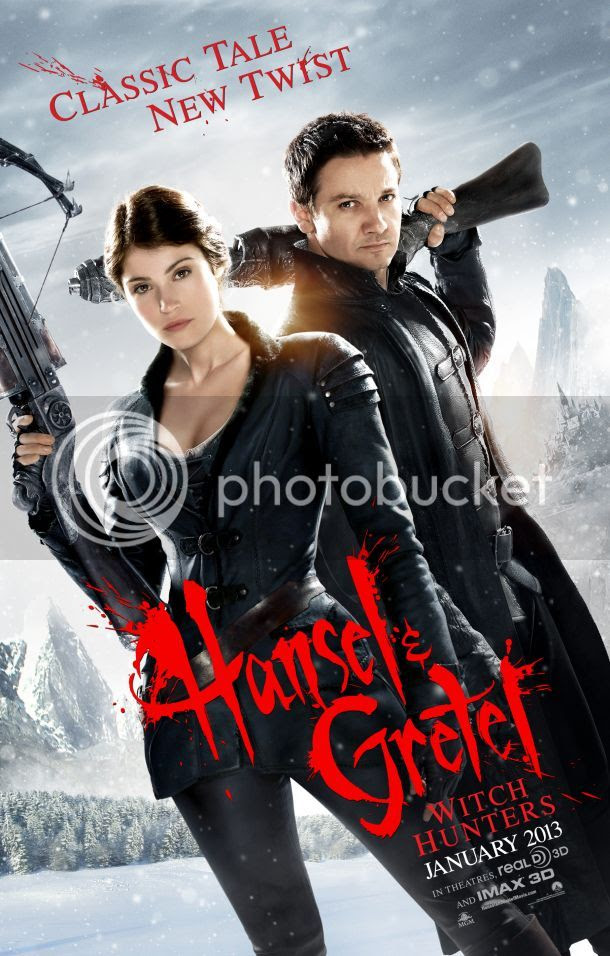 The opening credits of Hansel & Gretel: Witch Hunters feel like a miniature film unto themselves, and one all too indicative of the movie proper to follow: over-the-top straight out of the gate to the point of hilarity (the action mold satirized in the opening scenes of the Aqua Teen Hunger Force movie come to ridiculous life), only to swiftly succumb to nauseating bombast and violence-fetishizing slow motion that makes Zack Snyder's 300 look subtle by comparison. A pity that the cheeky talent writer-director Tommy Wirkola brought to his slight but enjoyable Dead Snow fizzles here, that film's wry self-deprecation lost amidst Hansel & Gretel's meaningless sound and fury, the occasional successful sight gag and sardonic touch rendered moot amidst so much weightless chaos, transparent attempts at characterization (Peter Stormare in particular seems contemptuous of the material, while a sympathetic Troll named Edward feels like a gutless swing at the Twilight franchise) and cheap anti-establishment posturing. As the titular orphan who, with his sister (Gemma Arterton, still treading water with her fond memories in RocknRolla), defeated a witch as a child, Jeremy Renner brings enough charisma to sporadically cut through the nihilism and suggest the fun that might be had if the film weren't catering to so desensitized a crowd ("But, these go to eleven," you can almost hear the studio heads saying). The many roaring snake-like witches are killed en mass in dispassionately bloody fashion, and one's heart sinks at the thought that talking heads like Michael Savage might have a legitimate point amidst their frothing at the mouth about Hollywood's corruption (although their xenophobic and emotionally paralyzed viewpoints are mostly fubar; my point being that mindless bloodlust is one thing, depictions of evil are another). That this film managed to take the box office during its opening weekend while a genuinely witty genre piece like Jee-woon Kim's The Last Stand flounders says enough about the dual power of a hefty advertising budget and bad taste in our American marketplace. It would be different if Hansel & Gretel were only stupid; that it's also boring is unforgivable.