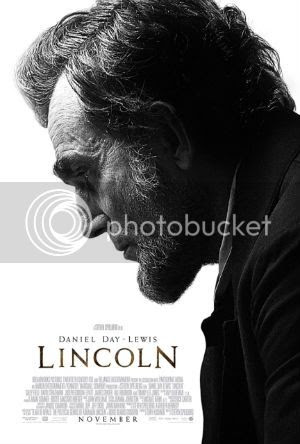 Among the many astonishing qualities of Steven Spielberg's Lincoln, perhaps the most immediate is the apparent effortlessness with which it dispenses with all manner of expectation one might approach the film with while also grounding its ideas and narrative in a democratic exercise in populist storytelling. Bringing to mind Sidney Lumet's 12 Angry Men (another one of the all-time-great socially minded dramas frequently pigeonholed as a mere civics lesson), this almost impossibly nimble, morally palpable historical exercise begins mere months before the 16th President's assassination, as the Civil War draws to a close and with it the possibility of permanently banning slavery via constitutional amendment, as the Emancipation Proclamation, passed two years prior, is likely to be overruled by the courts in the coming peacetime. Spielberg and screenwriter Tony Kushner (joining forces again after the brilliant, devastating Munich), never condescending to their modern audience, acknowledge the murky waters of historical interpretation up front with several choice, self-aware cinematic flourishes, but otherwise settling in for an exquisitely measured symphony of ideas, relationships and compromises that's less about the predetermined outcome (a trait that doesn't prevent an ounce of the film's tightly ratcheted suspense) than the rigors of political processes (and progresses) and the nature of power, perceived and exercised.

Interpreting historical records with sound logic and a clarity of motivation that doesn't purport hard data, Kushner's script implicitly examines its own necessary liberties by investigating the very act of interpretation within the law and one's public duty to uphold it, deftly balancing Lincoln's high-wire act of acquiring the necessary voting majority with his own personal tumult (as expressed by an alternative fiery and internalized, altogether flawless Daniel Day-Lewis) following the deaths of two of his sons and wife Mary Todd's (a tremendous Sally Field, at once charged and crumbling) ensuing mental instability. John Williams' comparatively minimalist score compliments Spielberg's images (Janusz Kamiński's restrained, poetic lighting schemes add even greater subtlety to this morally exploratory work) without telegraphing emotion, but it's the spoken words of the cast that add the most music to this affair: from Tommy Lee Jones and David Strathairn to James Spader and Joseph Gordon-Levitt, there isn't a weak link to be found, and through them Kushner's writing plays as both quotidian and poetic. A work of immense personal and political significance, as enamored with a great man's limitations and downfalls as his strengths and triumphs, the accomplishments of the past and the difficulties of the future, Lincoln bears witness to a master film artist in perfect form, as essential an entry in Spielberg's catalog as his most popular blockbusters and heralded epics.

A final note, and spoilers ahoy: there's been enough of a brouhaha about the film's concluding scenes - particularly the purported exploitation of children during such - that I feel compelled to comment. As one who recently lost a parent, the suggestion that portraying such a loss through the eyes of a child is unto itself in poor taste or can only amount to callous manipulation, is, to be blunt, utter horseshit, and probably comes mostly from the same delusional cynics who'd rather have seen the assassination itself than the personal fallout, culminating in a gently heartbreaking, wholly earned Christlike idolization and what strikes me as one of the great image fades the medium has ever seen; it wasn't until the third time I say the film that I noticed Abraham's son Robert (Gordon-Levitt) is also by his side in death, and the personal effect this had remains simply beyond words. Don't listen for a moment to Sam Yell Jackson's diatribes (I like the man, but the use of Twitter as a platform just begs to be mocked; apparently, he didn't detect the tragic irony in those final words, "I suppose it's time to go, although I would rather stay."), Steven: Lincoln is a masterpiece.