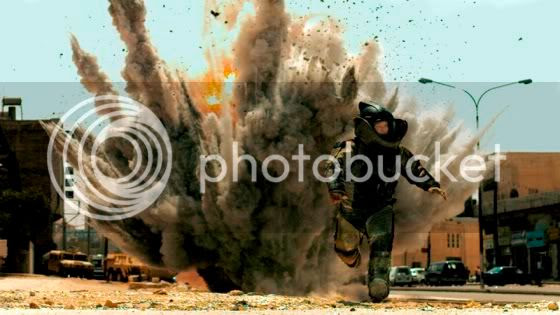 THE HURT LOCKER (Kathryn Bigelow, 2009): Arguably the first great war film for our generation (warts and all, I'd include Redacted's inclusion on such a list, but I digress), Kathryn Bigelow's The Hurt Locker is, among many things, a model example of examining the universal (political) via the singular (personal). Plot is scant, the thematic rumblings better for it: after an insurgent attack kills the leader of an Explosive Ordnance Disposal team in Iraq, Sergeant William James (Jeremy Renner) fills in his shoes, quickly turning heads as a reckless "wild man" in his devil-may-care approach to the constantly life-threatening tasks at hand. Among the best of recent shaky-cam implementations (take that, Greengrass), Bigelow's roughly-hewn approach emphasizes the rush of battle and complicates typically easy psycho-sexual metaphors (Jarhead) into something far more existentially confrontational. A singular, obvious screenwriting tactic is all that upsets this transfixing and vital vision. A- 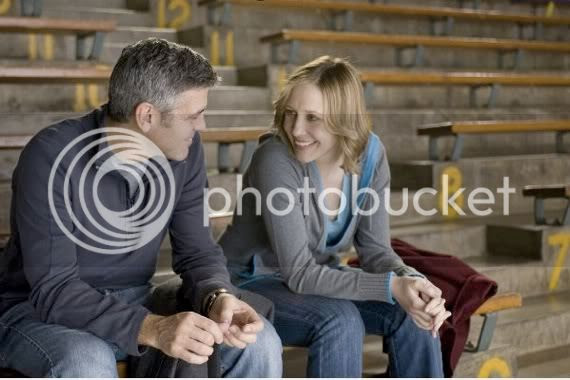 UP IN THE AIR (Jason Reitman, 2009): Like its antisocial protagonist - a "Terminations Expert" (George Clooney) hired out to companies solely for the purpose of delivering pink slips - Up in the Air's problems lie primarily in a an inability to communicate and an indecisiveness as to what it wants in the first place. The film bites off more than it knows how to chew (particularly the confused third act) and asks us to swallow it wholesale. Purportedly a reflection of our Current State of Affairs, the film trots out a healthy mixture of celebrities and non-actors for tearful employment dispatches, yet these sequences never accrue a sense of purpose beyond mere lip service to social trends (Oscar, are you listening?), one reinforced by the fairy-tale sense of remove the film takes to its chief subject. Responsibility to the fellow man takes a backseat to Screenplay 101 hysteria, made largely palatable by an able cast of celebrities (finally, a film that recognizes Vera Farmiga's luminous screen presence) whose knowing smarm almost relegates this bout of well-polished bullshit to the realm of auto-critique where it belongs. Without having achieved that status, Up in the Air is merely oblivious. C