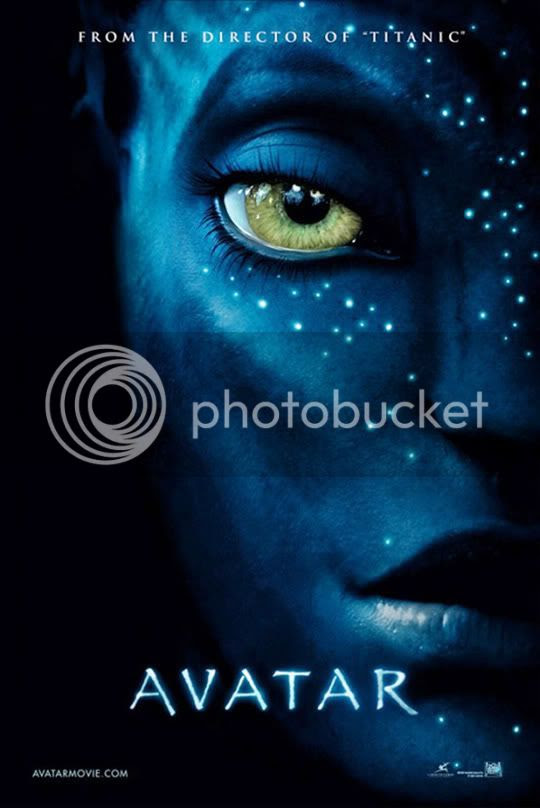 Oh, how far the mighty have fallen. More than a decade in the making, the much-hyped, ravenously-followed-even-before-its-production Avatar is nothing less than the third time (assuming the unofficially reported tallies of $350 million) director James Cameron has delivered the most expensive movie ever made, after the then-record-setting budgets of 1991's Terminator 2: Judgment Day and 1997's Titanic. But whereas his previous works are typically remembered for both their savory implementation of groundbreaking special effects (always in the name of dramatic storytelling) as well as their sterling entertainment-oriented blockbuster artistry, the top-heavy Avatar stretches the worth of its visuals like silly putty frosting atop a narrative rendered with muted fervor and transparent emotions. Always a technocrat, the thrum of Cameron's modern classics stems primarily from a constant surge of suggested spontaneity; to its incalculable detriment, nary a moment goes by in Avatar that doesn't feel as though it's been overly thought out at the conceptual stage only to be all but processed to death on screen. In hindsight, the title seemingly refers less to a central plot element than it does the thought that the film itself is just an empty suit awaiting occupancy and a pulse.

This sci-fi epic would be a masterpiece if judged solely on its technical merits; on their strength alone, one can imagine a tweaked silent-film version being infinitely superior to the one now playing in theaters with no less than Roger Ebert warning the masses, "Good luck getting a ticket before February." Surely, Avatar will go down as yet another Cameronian landmark in the evolution of cinematic wizardry, yet no amount of razzle-dazzle can begin to compensate for a dusty storyline plagued by both a cumbersome screenplay that could well have been written in less time than it takes to watch the film itself (imagine Pocahontas, or rather, The New World, filtered through a sci-fi lens and simplified to its good guy/bad guy essentials) as well as an overly polished form of acting that never expresses emotion and feeling even half as much as it merely dictates plot details and spelled-out character motivations via streamlined sound bytes. That Cameron has worked successfully in such broad strokes before is not to his advantage here. Unlike the larger-than-life vividness of his Terminator films or the earnest, knowingly cheesy cliches of Titanic, what the genuinely humorless (Cameron's one-liners and sight gags have never felt so strained) Avatar most sorely lacks is a personal touch.

The world created for Avatar – the exotic alien planet of Pandora, where, a century and a half into the future, humans from a resource-deprived Earth hope to extract valuable minerals for profit at the expense of the computer generated locals (enter broad allegories to everything from Native American genocide to the current Iraq War) – is a CG wonder to behold, and as such is the film's bread and butter. Even The Lord of the Rings' Gollum can't touch the level of physical detail instilled into the digitally-rendered Na'vi (the indigenous Pandora inhabitants), who transcend previously expected special effect barriers, convincing even these most scrutinous eyes that what is on display is true flesh and blood. With the sincere hope of better enjoying this project in the potentially more story-friendly context of a 2D, non-IMAX exhibition, I plan on seeing it again, if only to better absorb the detail work that sparkles in every frame. Such minor touches – the way the ground-level vegetation lights up as it is walked on, like the sidewalks in Michael Jackson's Billie Jean video, or the rush of the wind as the Na'vi ride dragon-like creatures down the side of a cliff face - are among the fleeting, genuinely feeling joys to be found herein. Alas, barring such a second-viewing turnaround, Avatar represents the maiden wreck in the eyes of this otherwise unabashed Cameron devotee. The ideal viewing experience may very well 3D, but where it matters most, the overwrought Avatar proves regrettably flat.