Avatar: Notes on a Second Viewing 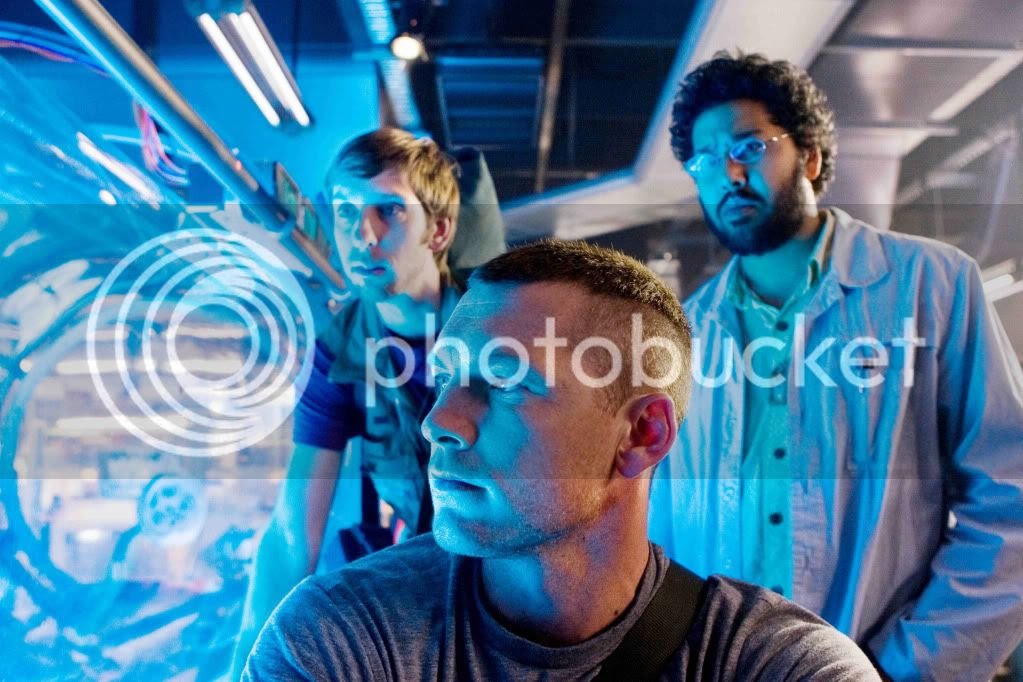 As suspected, the 3D version of Avatar I experienced in IMAX on opening day was anything but the complete "immersion" that many have proclaimed in their hallelujahs of the film. (Granted, this might boil down to nothing more than a simple matter of personal preference, and my understanding is that anyone with either glasses or contacts is more likely to experience visual unpleasantries with the 3D Avatar.) Basking in the inviting - rather than imposing - environment of 2D, the ravishing landscape vistas and imaginative character/creature designs of Cameron's long-gestating baby were far more engaging to these eyes - viscerally, poetically, emotionally. That being said, I'm still not a fan of the work, and have to wonder if this is how the majority of Star Wars fans felt in the days and weeks after Episode I. On paper, there's certainly more to love than hate, but the experiential whole is still much, much less than the sum of the parts. Despite much in the way of considerable artistry, at the end of the day, I'd much rather play a truly immersive, Fallout 3-style videogame set on Pandora than slog through 160 minutes of the hands-off demo only to be left with blue balls.

Some films exhaust you out of sheer sensory overload or emotional experience, while others do so because they outstay their welcome. Avatar falls a little bit into both categories. Though certainly better off without the technology being so superficially flaunted (thankfully, the film avoids gimmicky 3D shots, but still), the fact remains that, once the novelty of the new toys wears off, there isn't much left in the way of either conceptual development or kinetic vigor to keep things afloat. As motion capture creations, the Na'vi are astonishingly real; once the initial amazement wears off, the blandness of the storytelling more readily rises to the surface. To these eyes, Cameron has always successfully juggled the dual sides of entertainment and substance until now, and while I was never one to go for the pre-release (hell, pre-production) Avatar Kool-Aid, the film still manages to set itself up for disappointment on virtually all fronts. 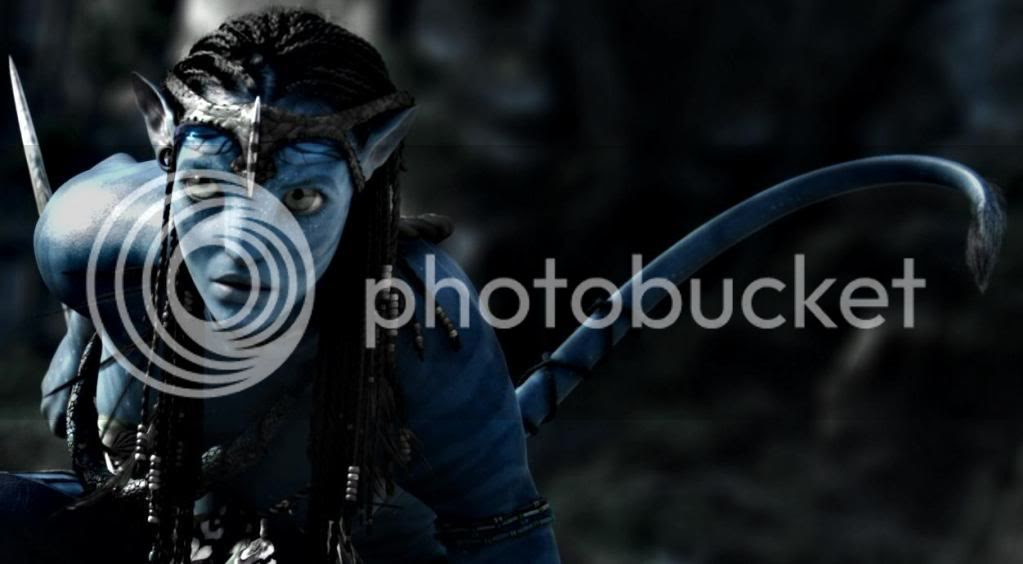 Much of Avatar suggests a work of nearly limitless potential having been watered down so as to appeal to a larger audience; that Titanic got away with a PG-13 rating was perhaps the greatest stunt ever pulled on the MPAA, whereas the relatively bloodless (figuratively and literally) Avatar instead plays into puritanical, family-friendly expectations. (I wouldn't go within four clicks of a fast food joint, but if the gluttony of tie-ins abound are any indication, you can probably get a Na'vi toy in your Happy Meal these days, natch.) This is particularly aggravating in that the film's anti-capitalist overtones are kept at a safe, whitewashed distance. In mounting so much around the historical trend of the developed exploiting the technologically inferior, the film trades almost exclusively in lip service, suggesting that Cameron was too timid to theoretically bite the hand that feeds him (this assumes he believes what he's selling us in the first place; Star Wars: Episode III - Revenge of the Sith, WALL-E and Speed Racer all scrutinized similar notions of greed and justice to far more edifying ends, and each was loads more fun at that). Only the bravura sequence (spoilers ahead) in which the Na'vi's Hometree is destroyed (along with War of the Worlds, the most moving blockbuster evocation of 9/11 to date) does the film evoke a genuine sense of loss, fleeting though it may be.

Of all my second viewing fluctuations, I'm most pleased to say that the cast entire fares much better when not jumping off the screen like flimsy cardboard cutouts, which is to say that I no longer feel so ungodly embarrassed for the lot of them. On the page, Sam Worthington has less to work with here than in Terminator Salvation, but he proves an able everyman and gives the film most of what little dramatic resonance it has (here's to hoping this film boosts his career into the stratosphere). Cameron can't quite nail the one-liners like he used to, so moments of awkwardness abound even as the actors give it their all; only the delectable Stephen Lang, as the villainously single-minded Colonel, succeeds in creating a true characterization. In comparison, I'll take Lucas' prequels any day of the week, as those films' performances more acutely captured the archetypal B-movie essence at their respective cores - perhaps imperfect, but always feeling.

More so than a technical accomplishment, Avatar is a golden example of a director doing less with more, a trait exacerbated by the numerous instances in which it recalls his own Aliens - a film superior on every front, save possibly for makeup (personal preferences dictate that that film's model work and alien body suits outpace even the superb digital creations of Pandora and the Na'vi). Such overlapping elements - Sigourney Weaver, humanoid fighting machines, cartoonish military personalities - are largely superficial, but also point to more cardinal failures. A drag at 160 minutes, large stretches of Avatar actually demand a more leisurely pace so as to better absorb the sumptuous nuances of the world conceived for it. Even the most memorable of images often end up feeling like just another domino in the line of a plot too dusty to stand on its own two feet.

For a film so indebted to the dreamwalker experience, only two scenes - one involving a cluster of airborne, jellyfish-like creatures, the other witness to several Na'vi climbing Pandora's levitating mountain range - successfully create a mindspace of seemingly boundless wonder and awe. Surely, Cameron is flexing his creative muscles, but the film never overcomes the nagging feeling that he's also simply going through the motions, forgoing the expert potboiling of his earlier work. Was the King of the World afraid of boring an audience, of being labeled that worst of all monikers, artsy? If so, for shame, for what could have been the trippiest sci-fi smorgasbord since Kubrick took up the reigns of the genre has instead been reduced to a widget.