The Imaginarium of Dr. Parnassus 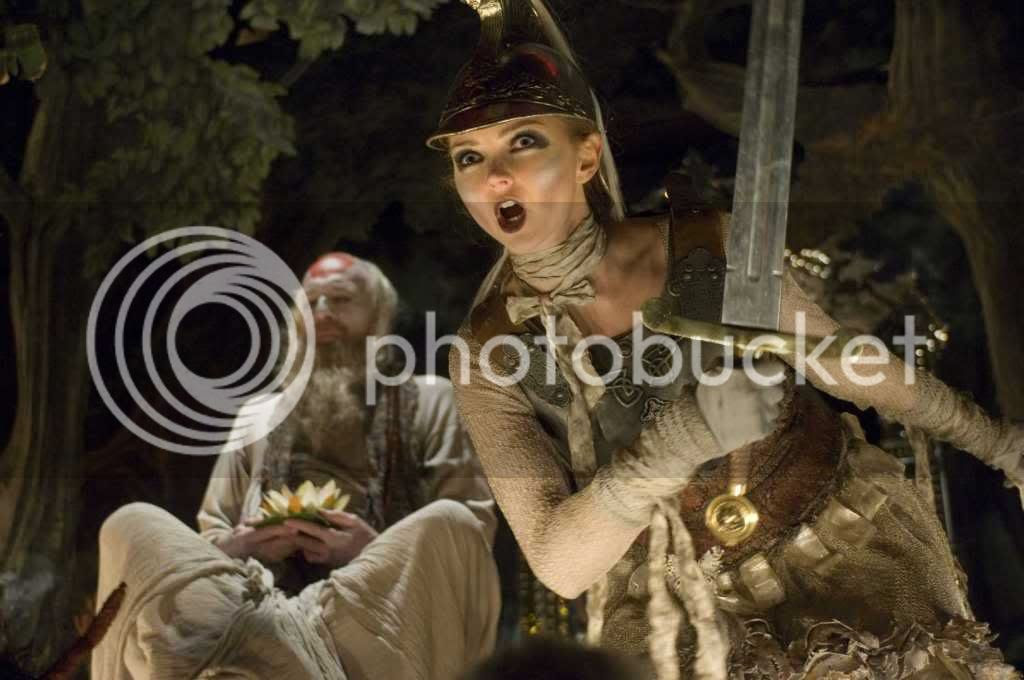 Far from being as off-the-cuff mad as most early reviewers insinuated, The Imaginarium of Dr. Parnassus, while certainly the antonym of all things normal in its many imaginative flourishes, represents something far more conventional from a storytelling level. Beat to beat, the rhythms of the film are prone to tangents and distractions, and could easily provide the basis for a semester or two of classes in editing theory, but as a plot with a basic few components, there's really not that much to puzzle over. Of course, this is coming from the guy for whom Brazil and Aqua Teen Hunger Force Colon Movie Film for Theaters represent the best from their respective years. How one appreciates (or doesn't) a film like this often highlights core interests in the medium, and messy personal confessions are frequently my sort of thing (versus, say, stuffy, technically exact cinema with a message of the week). Here, Gilliam is being as obviously personal as Bob Fosse in All That Jazz (double feature!), touching on concerns of mortality, fatherhood and truth in expression with a sometimes maniacal, always light-hearted cinematic freestyle.

Heath Ledger is the elephant in the room, his death mid-shoot creating a daunting creative obstacle wittily surmounted via a semi-genius plot device so consistent with the surrounding fabric (if you're lucky enough to not know it, yet, I won't spoil it here) that it could easily have been the planned course of action from day one. His doppelgängers – Johnny Depp, Jude Law and Colin Farrell – seem creatively placed throughout according to their varying personas, a small way of countering the inherent unevenness in placing four into a single role (I recall an adaptation of Hamlet in which each act featured a new lead). Seriously weird – which is to say the film is free of ironic detachment – Parnassus walks a thin line between the convenient and the absurd (the latter mostly confined to the numerous scenes inside the imaginarium, cobbled together with inspired threadbare digitry), sort-of parallel to the depicted conflict of its aging title character (Plummer), who made a deal with the devil and is rapidly approaching his requisite date of payment. On the occasions where Parnassus fails to reach all-out levels of delirium (in its drop-you-in-the-moment intensity, the opening mirror sequence might be the high point, although Law's segment is at least a close second), the touching and immersive commitment to the creative spirit more than carries the weight.