Being at ground zero of all those lines of cold, this already-brilliant fuck you to "peek-a-boo-ologists" became perfectly sublime.


The clip also speaks to me because it confirms a pet peeve I had and previously chalked up to my being naturally too harsh-- here, my want to complain about people who know virtually nothing about, say, global warming, being allowed to speak as if (the same goes for any topic). Charles Schulz penned for his Peanuts creation, "I love humanity, it's the people I can't stand". I think that says it, even if it's skimpy on the anger. Once a science major and long a science enthusiast, I know my fair share of things about how our world works, and though meteorology always struck me as the most technically boring of the sciences, global warming was a thing unto itself to know about (like the hole in the ozone layer). Such broad scientific knowledge has served me well in the movies, like Magnolia. But to know what's out there, from the diversity of life to the corners of known creation to a basic understanding of the laws of physics, is to be prepared as an active human in any walk of legitimate life. 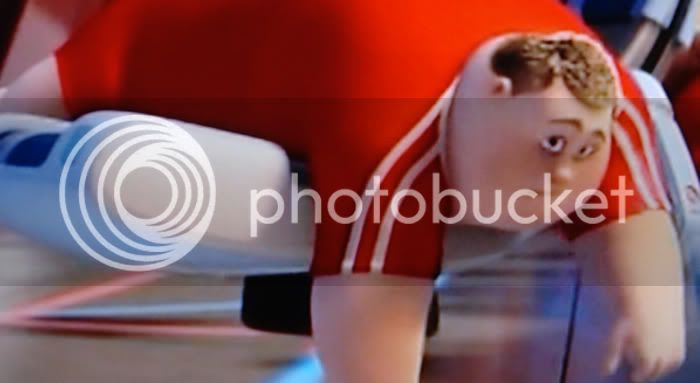 You stupid fucking cow-eyed sloths. Why would you gamble the well-being of your bed of existence - i.e. Earth - on short-term financial reward? Why with even the slightest chance (add greedy to that tirade). Greedy indeed, with no thought for their children's children (which, I'll be getting to, there need to be less of). Global warming disrupts the entire planetary system, and, in our projected unfolding reality, ultimately locks North America in another ice age, amongst other unpleasantries (even the shitty Day After Tomorrow at least got that much right). Then there's pollution in general, the exploding population (tests for parents, NOW, you do good, you get to have a second; make these law), the ceaseless growth of a global society reliant on finite resources. No kids for me, thanks, though I will be responsible enough to send my superior DNA into the future via time capsule so that my spawn can emerge from the population-thinning chaos surely about to ensue, unharmed.

Thank you to the woman on Aramingo Avenue last Saturday, who withdrew her pedestrian crosswalk right-of-way and allowed the car to make a right turn, further allowing three more cars (mine being the last) to make the green. You were the best thing about that day.