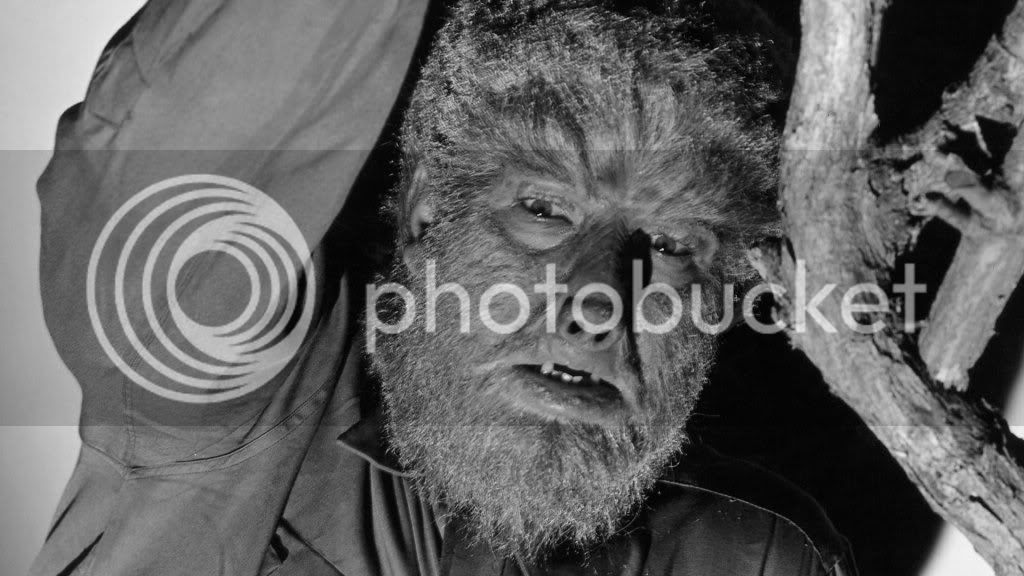 James Whale’s subversions aside, the Universal monster films weren’t open to a great range of subtext. This makes it all the more refreshing to see a gem like The Wolf Man, which creates a far more nuanced and affecting conflict than many works equipped with a larger canvas. Like The Invisible Man, there is no true villain here, only a protagonist whose better intentions have been derailed by an unforeseeable conflict in which they were ill-prepared. The plot is miniscule: the well-meaning Larry Talbot (Lon Chaney Jr., surely making his father proud) returns to his family home after a prolonged absence. A night of harmless company with two local girls takes a turn for the worse when one is attacked and killed by a prowling wolf; only Larry sees the creature, killing it with his silver-capped cane but not without first suffering a curse-transmitting bite. Chaney’s immense performance (surely making his father proud) translates through the thick and awkward-looking makeup during his few scenes of transformation. His mammalian gestures are awkward at first, but come to convey the twisted humanity at the core of the man who awakens only to learn of the evil done by his hands unaware (the script teases, briefly, that the happenings may be a sickness of his mind). Outside Jacques Tourneur, The Wolf Man features some of the most ravishing set design/art direction during this era of the genre-- the swirling fog often parallels Larry’s own quagmire-bound morality and conflicting imperatives. Most horrifying, it suggests, is the potential inability to sway our own innately darker tendencies.

Originally published on 10-26-06, reprinted here with some editing.