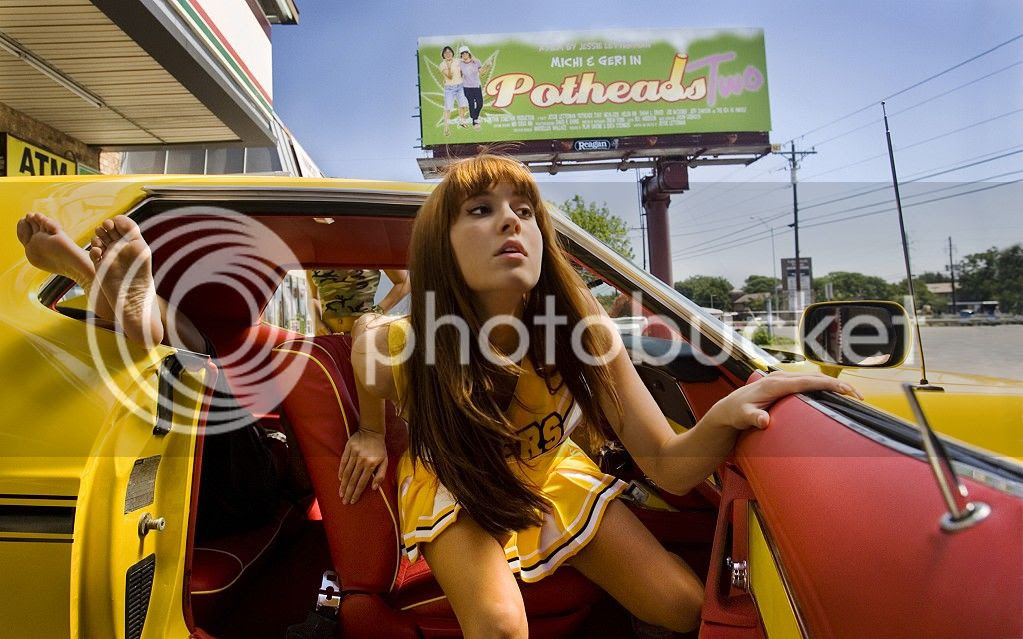 A word of warning: do not drive immediately after watching this film. Especially if you're like me, in that you can't miss the transition of a street light from yellow to red by half a second without getting nabbed by the boys in blue. The vehicular thrumming of Death Proof is far too seductive a call to refuse once you're out in the parking lot, and if you're not careful, the pedal's to the metal before you've even realized it. I've done it twice so far.

The same heed goes for this newly released on DVD version of Tarantino's film, here in its original form, uncut and unedited. Make no mistake, this is no "Unrated" DVD in the sense that an extra F bomb and pair of nipples were spliced back into the mix so as to better popular the racks at Best Buy; the 113 minute version of the film is Quentin's original cut, as it existed before the necessary editing that was undertaken to compact the feature for his collaboration with Robert Rodriguez in Grindhouse. I, a fan of alternate versions of films (even when I don't prefer them to the original cut), am grateful it is here for us to see, as the two versions, side by side, offer us more of a window into the creative process and the mind of the artist behind the camera. The only downfall is that we have to wait for the full Grindhouse experience, the release of which is surely part of yet another DVD milking plan. 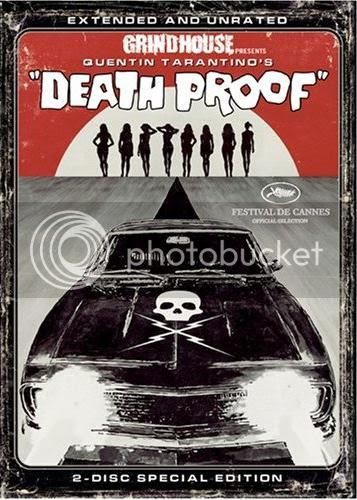 So, let's cut to the chase: do I prefer Death Proof a la Grindhouse, or stand alone? Having just finished watching the new cut not 90 minutes ago, my initial impressions are telling me the former, although, seeing as it took me two viewings to come around to the shorter version so as it is, such is a view that could very well change. But my sense is that leaner is better in this case. QT is, among many things, an incredible structuralist filmmaker; from Reservoir Dogs to both Kill Bills, I believe he knows how to provide a film with exactly what it needs, beginning to end, at any given moment, from his tiny, surprising character reveals to whatever hook or melody is required to compliment the mood at hand. So many of these choices defy the usual expectations that it suggests a higher force being channeled, one that even Quentin is unaware of (the same is true of all great artists, to some extent). That his work exists, at least superficially, in the realm of "entertainment" has been a hindrance to their appreciation, methinks; the language is different from what we expect of greatness, but the words remain the same. Though they're blatant regarding their many direct influences and inspirations, Tarantino's films aren't just remixes of films past - they're conversations within the culture, between past and present, breaking down the barriers between the screen, the audience, and the maker.

I'll certainly be revisiting Death Proof 2.0 again in the future, but moments of it felt less than constructive at this first meeting, a rarity for its director. When Stuntman Mike (Kurt Russell) stalks Abernathy (Rosario Dawson) and her sleepy feet in a restored scene now opening the second act, it seems but a pandering set-up for her destruction of his face with her bitchy boots at the film's end. This sequence is interesting, though, in its functioning as another one of Tarantino's stylistic reflections on his own work; the scene begins as a black-and-white reel that later and quite abruptly shifts to color, as if restoring itself mid-process (whereas Kill Bill: Volume 1 was forced to censor itself via the color shift during the Crazy 88 fight scene). Though my thoughts are that additional qualities of the film will ferret themselves out over time, it is an altogether different animal, both in its length and in its being removed from the schlocky (though immensely fun) Planet Terror as the opening act. It is my hope that fans will treat it as such, rather than as a "real" version meant to replace the shorter cut altogether. Both are valuable unto themselves, but even more so with the other in hand.

At a base level, nothing that was removed from the 2-hour cut was necessary, per se, either plotwise or thematically, although much of it is a great deal of fun. The best of the new footage is, without a doubt, Butterfly's lapdance as requested by Stuntman Mike; a sexy, restrained number that better humanizes both our instinctive killer and doomed prey before the terrifying moment of truth. Here, I think, it is obvious just how much Quentin loves and respects women, even if he only knows how to express it through politically incorrect expressions of pop culture. Its absence helped Grindhouse pacing wise but its presence here aids in the dimensionality of these characters, a quality to Tarantino's work that I believe he rarely gets due credit for. Films are his life and actors are part of his most intimate family, and his camera is not unlike a loved one nurturing them, savoring their growth and achievements.

What else is new? I detected some fresh dialogue amidst the Jungle Julia and company's nuttering in the opening scenes (it should be stated here that all my comments are based on memory - no notes were taken during my viewing of the film), while a daytime scene after their arrival to the first club depicts Mike watching from a distance, planning his attack in the shadows. Scenes such as this are cool but, I believe, unnecessary in that they externalize what was previously implied through exchanges and pacing. Arlene (Vanessa Ferlito) and her whiny would-be boyfriend discuss their make out plans outside Warren's bar, whereas the previously existing scene of their coming back inside already told us everything we need to know. It's a testament to Quentin's knack for characterization that I find myself enjoying even frivolous time with these individuals, but sometimes a little mystery in the margins is preferable to the overall experience. 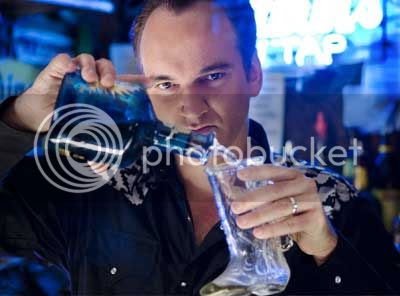 Shorter or longer, though, I still believe that Death Proof is indicative of a new phase in Quentin's artistic career, though I suspect it is one we won't be able to truly appreciate except in retrospect. His past cinematic and cultural navigations have contained their own form of profundity as achieved through a reflexive self-analysis (a point on which I disagree with many of my fellows), as well as a distinct, although implicit, sense of morality that has carried over into Death Proof's scathing genre deconstruction. These all remain in the same voice and form but something within seems even more explosive than in those films prior. Is this some new level of auterism only to be revealed with time and additional entries on his resume? Or is this simply the same old Quentin, but with additional years behind him? Either way, Death Proof doesn't simply comment on its genre inspirations - it adds to their very legacy.