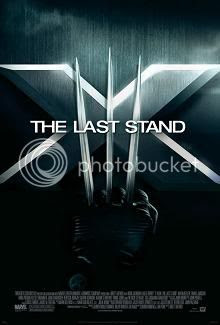 For as satisfying a cornball summer movie as X2 was, its emphasis on characters was occasionally a bit overwhelming (what with so many mutants on hand), indicating that some trimming of narrative fat would have helped to tighten things up viscerally without losing the emotional emphasis. On the other hand, X-Men: The Last Stand is all flash and no genuine substance, the multitude of characters and recurring parallels to minority rights social issues all purely incidental to it’s completely superfluous plot (which proudly features dialogue worthy of a PS2 exposition cut scene and action sequences that seem crafted solely with the theatrical trailer ‘wow’ factor in mind). For as much mayhem that takes place, there’s very little tension going on beneath the surface for any of it to register as anything more than expensive CGI effects; the characters carefully nurtured in the previous two films serve as little more than justification for destruction-focused action scenes. In this installment, Magneto (Ian McKellen) again rallies his (considerably larger) anti-human army of mutants together to take action against a mutant “cure” that has been developed, with only the surviving X-Men to stand in their way from destroying mankind in their revolt. Enter Phoenix (Famke Janssen), a resurrected Jean so powerful that her capabilities quickly grow beyond her ability to control them. The social implications present are ripe with ideas, but The Last Stand is more concerned with showing off its cool factor before looking at the food for thought inherent in it’s subject matter. Yet for all the touted machismo on hand, the action is terribly under whelming, lacking in both emotional investment to be put on the line, as well as pure visual craft (and there’s something terribly callous about a film that treats the deaths of the innocent masses as nothing more than another eye-popping special effect). Fanboys in my midst at the screening were up in arms over deviations from the original comics’ storyline; did they notice the title of the movie when they bought their tickets? Artistic liberties (indeed, a stretch of a term to use for this movie) are among The Last Stand’s least concerns; the flimsiness of the script (packed with forced dialogue that yearns to be meaningful, obvious set-up and payoff devices, and undeveloped character conflicts so hollow they appear to be filler more than anything else) instills no reason to care about the over ballyhooed mess of it all in the first place. Ultimately, the film exists solely to give the Comic Book Guys of the world a chance to see all their favorite action figures, life size and in full form. The story seems like a mere afterthought.