When it comes to the scope of cinema, there's all sorts of distinctions to be made. In terms of quality, there's bad, good, good bad, and bad good (just for starters), and truly committed cinephiles quickly come to know the superior joys of a good kung fu film as opposed to the posturing of wannabe Oscar dreck. Resident Evil: Apocalypse is a good bad bad movie, or something like that. This is a series that thrives - or fails to - entirely on craft and the efficiency thereof, its ineptitude and contrivances often quite necessary to its indulgences into visceral goodies, while its general lack of formal quality is worn on its sleeves like a badge of honor. The same goes for the 2002 original, a film enjoyed by several of my colleagues though not by myself, its sporadic (often unintentional) amusements notwithstanding. The point of distinction here, then, is that Resident Evil: Apocalypse is utterly shameless whereas its predecessor tried to play things with a straight face; ultimately, it is not unlike cinema as concession stand junk food manifest. You can practically see the popcorn "butter" running off the screen. 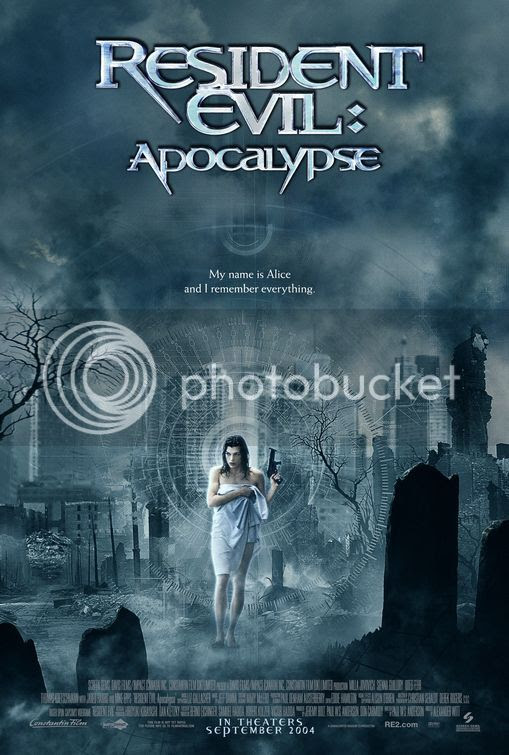 The Umbrella Corp. remains up to no good. After the underground viral breakout in the first film, the intended quarantine doesn't hold (surprise), with the infected zombies escaping to the surface where the innocent civilians of Raccoon City unknowingly await. Alice (Milla Jovovich) returns, more deadly and nimble than ever, her genetic structure having been tampered with by the Corp. after her being captured at the end of the first film. Soon, the entire city is locked down and set for quarantine, and it's up to her and a small band of survivors to locate the daughter of an already evacuated scientist, who will in return provide them all with transportation out of the city. The settings for these proceedings suggest an amped-up version of Escape from New York's titular locale, with the cityscape nearly swallowed by a sense of polished, ominous dread and the nighttime sky so black that daylight may as well never come. There's practically no art to these images (note the hilariously choppy slow-motion employed throughout), but their raw effectiveness as pure visceral gratification more than makes up for the film's general reliance on idiocy to further its plot. 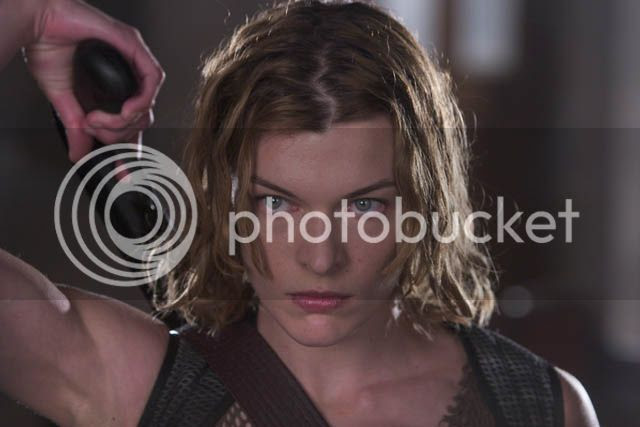 In his 2004 review, Roger Ebert (who thought the movie "an utterly meaningless waste of time", which, in a way, is correct) cautioned parents, "If you encounter teenagers who say they liked this movie, do not let them date your children." As a teenager in college, I disliked the film, but now in my early adulthood I feel more privy to its joys, which simply require that one accept them on their own mindless terms. Alice, though totally lacking in character or nuance, is the original Terminatrix (although I would prefer Khristanna Loken any day of the week), only partially human but wholly ass-kicking superwoman. Resident Evil: Apocalypse's inanities are largely of the relative kind, so which ones are forgivable will depend on the particulars of each viewer (for my money's worth, yay to protagonists stupid enough to walk through a graveyard during a zombie outbreak, nay to those too stupid to shoot an oncoming mutant in its fully-exposed head). Some of the films clichés are too straight edged - like the overtly British daughter whose personality provided the model for the deadly computer system in the first film - and thus offset the balance between braindead fun and cool extravaganza. More often than not, though, Resident Evil: Apocalypse sets a high-water mark for trashy comic book adaptations. If you can't beat 'em, join 'em.