More so than in its predecessor, the family unit lies at the core of 28 Weeks Later, not only as a group tied by blood but by the pure, instinctive necessity to survive. That instinct drives virtually every moment of the film's hair-raising 100 minutes, but blood is of far greater thematic importance to this rampaging downward spiral. Literally, it's (one of) the means by which the Rage virus infects its hosts, but symbolically, it acts as a testament to the strengths and weaknesses that we carry on from our forefathers. How appropriate, then, that the film suggests the kind of fable as might be shared from generation to generation, albeit in its own nerve-racking, nihilistic way of directing these metaphors into our psyche. Upon its initial release, many (myself included) saw the film primarily as an allegory on the War on Terror and the U.S. government's inability to maneuver the rocky terrain it created for itself. Such a reading remains both potent and rich in parts, but more timeless and penetrating are the film's ruthless morality plays; what remains to define love when even giving your life amounts to an act of futility? 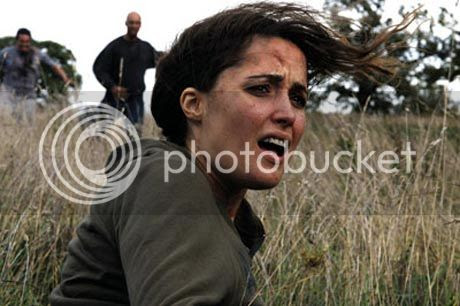 Directing his first English-language feature, Juan Carlos Fresnadillo lends the film a hyper-real quality that suggests a constant flux between imagined horrors and real nightmares, as if the whole of the proceedings were transpiring in those few seconds before Gaylen Ross startles awake at the beginning of Romero's Dawn of the Dead. Evocatively framed passages mesh with a part rock, part techno, altogether subterranean score to pronounce a sense of spiritual disorder tightly channeled between salvation and damnation, while the camera itself becomes stricken with rage whenever the demon-esque monsters appear to devour the uninfected. These jittery sequences are absolutely terrifying because the simulate the barely navigatable chaos these people are confronted with (all the while retaining a sense of who, what and where), but even during these most spastic of moments the film manifests so much raw feeling in its painterly images as to suggest a series of live action daguerreotypes.

28 weeks - or roughly half a year - after the initial viral outbreak, the zombie-like, infected victims have long since died of starvation, with the U.S. military now aiding the survivors in reestablishing and repopulating their former communities. London now suggests little more than a tightly run Boy Scout camp but it's a giant step ahead of the anarchy that wiped out most of the former population. While military officials successfully provide food, water, and other basic commodities to the incoming residents, their hubris lies in their doubtless positivity that they've (1) annihilated the virus and (2) would be able to kill it again should it resurface, no further research or preparation required. I'll admit outright that juxtaposing this atop neoconservative naivety concerning the invasion of Iraq was - although not altogether incorrect - reductive and shortsighted, cutting short all that the film was trying to say by assigning it such literal meanings and contexts. This is mankind's pomposity to consider himself higher than nature defined, its occasional correlation to our current political moment serving only to reinforce the notion that our existential flaws echo time and again throughout history. Like Godzilla, the Rage virus primarily serves to point out the folly of man, as if God saw fit to put us back in our rightful place before we got totally out of control. 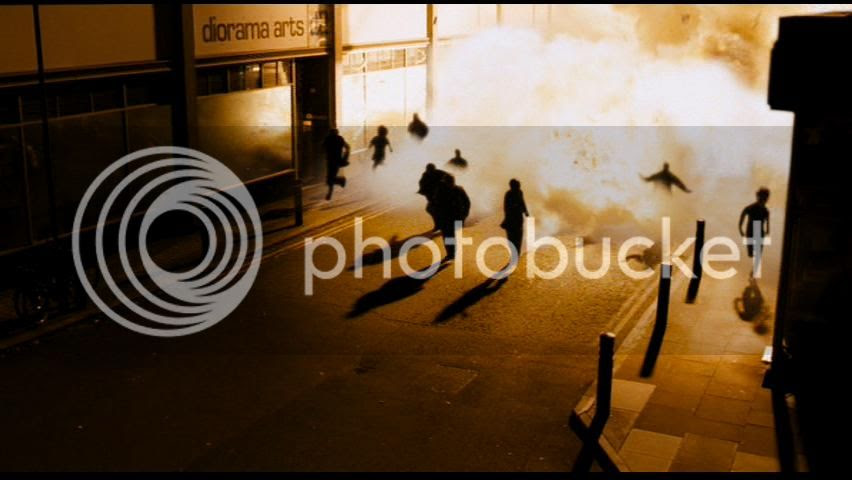 It takes some work, however, to ferret out the hopefulness in 28 Weeks Later, with it's ultimately dark and borderline hopeless conclusion acting as something of a cathartic release of our own self-destructive demons. At the beginning of the film (in what may be the penultimate zombie attack ever committed to celluloid), Donalrd (Robert Carlyle) is forced to abandon his wife to the infected lest he perish as well - in theory, leaving at least one person unnecessarily dead and his two children (safe far and away from the reaches of the virus) orphaned. These characters are confronted almost entirely with painful choices between two evils - die righteously and, quite possibly, go extinct, or live with the burden of the past for the slight hope of a better tomorrow? All of this builds to a vortex of terror, both literally and figuratively, as these characters struggle to survive amidst encroaching infections (of the mind, body, and soul). 28 Weeks Later paralyzes like a direct hit of nerve gas but it's dreamy ethos heeds us to better reflect on ourselves before it's too late. 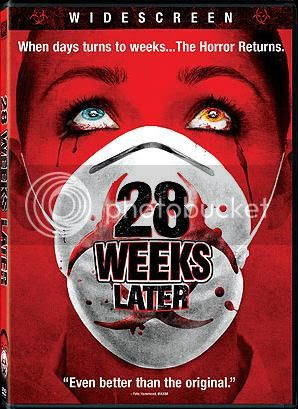 First thing's first: I'm absolutely freaking amazed that this film wasn't forced to go through a superfluous extension so as to allow for an Unrated DVD release (more gore! more skin! less rhythm!). Thanks heavens, because - like Michael Mann's theatrical cut of Miami Vice - no one should lay a hand on this baby. Lack of additional footage notwithstanding, however, the highlight of this release is the director/screenwriter commentary with Juan Carlos Fresnadillo and Enrique López Lavigne, although that may be something of a backhanded compliment. The track is wanting overall but rewarding in small stretches: the duo talk at length about the intentions behind their creative choices, alternately stating the obvious and revealing illuminating facets of their filmmaking process (one senses that the language barrier is a partial impediment). The pair also provide optional commentary on the two rightfully deleted scenes, the first of which explicates character details otherwise inferred quite plainly, while the second awkwardly reinforces Andy's relationship with his dead mother (interesting enough, it was this scene that inspired much of the completed work). A trio of standard (i.e. superficial and boring) featurettes, a bunch of previews, and two incredibly stupid animated graphic novels round out the set. Image is rich, if a bit gooey during the nighttime scenes, while the audio is prepared to rock your system out. All in all, a merely competent package for one of the finest horror films of the past few years.