It may take a bit of patience to adjust oneself to the gaudy, synthesized madness of Peter Jackson's practically unrivaled Braindead (aka Dead Alive). The film utilizes the alluring qualities of trashy horror cinema at a feverish pitch, its gratuitously comical indulgences into gore of the squishy and squirty kind likely to simultaneously blow minds and turn stomachs. Its fable-esque story of one young man's fight for freedom against his domineering mother is told with a ghastly sort of brilliance, infused with incessantly red-stained imagery, into which it dives without coming up for breath for seemingly hours at a time. On a surface level, its obtrusive, exaggerated stylistics are almost deliberately off-putting, and like the overwhelming hoards of grotesque zombies that eventually abound its spectacle, one must be willing to get down and dirty in the muck if they're to survive the incoming onslaught. 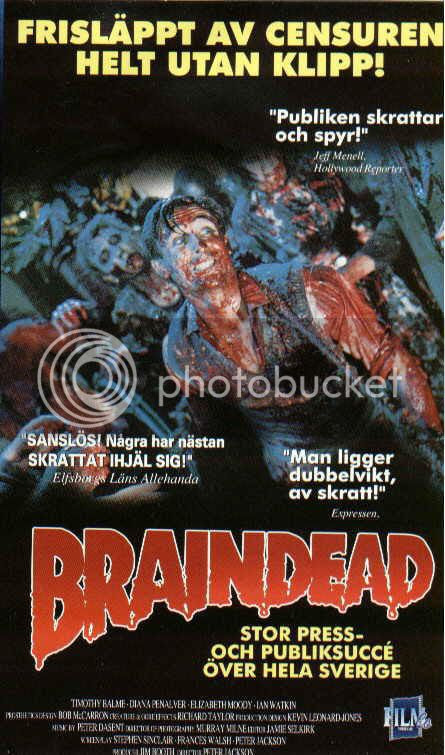 With apologies to Shaun of the Dead, Braindead remains the original rom-zom-com, its tale of Oedipal suppression and distressed romance writ large in what is easily the bloodiest coming-of-age story ever filmed (seriously, Passion of the Christ pales next to this monster). Lionel Cosgrove (Timothy Balme) has been with his mother Vera (Elizabeth Moody) as long as he can remember, he but her sole emotional vestige after the tragic death of his father, who drowned while saving Lionel himself from a fall into the ocean at age of five. Their relationship is one of destructive co-dependence; Vera is fascistic in her demands while Lionel instinctively relies on the structure imposed by her dominance, knowing no purpose outside satiating her every whim, however unreasonable. It is beyond his scope of experience, then, when a beautiful young woman, Paquita (Diana Peñalver), falls almost instantly in love with him. Vera will have nothing of it, of course, and follows the two on their first date to the local zoo. Hiding in the bushes near one of the animal cages, Vera is unforeseeable bitten by the Sumatran Rat Monkey. 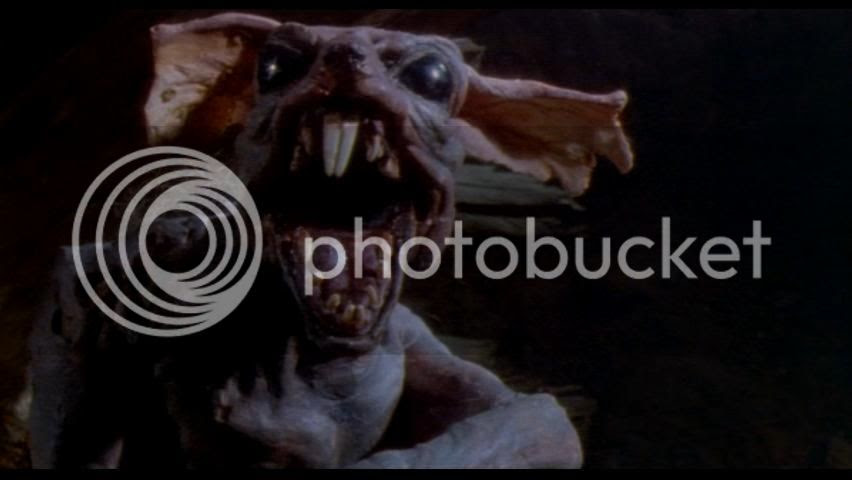 Yes, a rat monkey - and an evil one at that (just watch the movie, I swear it makes as much sense as is physically possible). With her wound seemingly a minor one, Vera is bandaged up by a local nurse and left to recover in the comfort of her own home. Come morning, however, her state has drastically worsened. Both mentally and physically, Vera is literally falling apart, her wound now a festering, goopy mess prone to squirting unidentifiable fluids in any number of directions, while her face literally tears open at the first attempt to apply makeup. Lionel, unable to recognize a world without his beloved mum, takes to preserving her by any means possible. Death proves but a minor nuisance in their case; shortly after perishing, Vera rises again as a violent zombie, with Lionel ultimately chaining her up in the basement, ever faithful even as she attempts to tear him limb from limb. By this time, her newfound hunger for flesh has created a handful of additional zombies, whom the distraught and confused Lionel - reaching for a long-departed sense of normality - takes to alternately feeding and tranquilizing in the privacy of his home (needless to say, his blossoming relationship with Paquita has suffered as a result of these developments).

Even if Braindead were something to be reviled (an opinion that I'm sure is held by many), its sheer creativity in portraying zombie mayhem would be something to marvel at. Dawn of the Dead may get the props for its brilliant helicopter half-decapitation, but what other film has had such audacity as to feature a disemboweled stomach and intestines acting as its own predatory force? The film's build-up is a brilliant enough spectacle of gag-testing sight gags and wince-inducing scenarios; Lionel feeds a nearly-headless zombie by plopping the food inside her open neck, while the undead inadvertently consume bits of their melting bodies when the pieces plop into their bowls of custard. Lionel's mother returns from the grave more violent than ever, while the zombified punks who desecrated her burial site must reckon with the kung fu mastery of the sickest priest to ever grace the silver screen ("I kick arse for the Lord!"). What is easily the films most narratively insignificant sequence is also perhaps its most stellar; Lionel, again faking normalcy, takes a zombie baby for a stroll in the park (don't ask). When the devilish little toddler escapes, he is forced to physically subdue it lest it eat the other children abound, and horrified parents look on at what is seemingly the worst case of child abuse this side of Mommie Dearest. 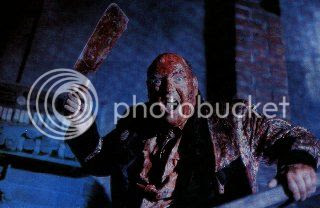 When all hell breaks loose in the confines of Lionel's high-rise mansion, the carnage that unfolds may be the most sustained yet executed in the genre; the seemingly endless creativity in how Jackson kills off both people and zombies practically requires a second viewing on general principle alone. Nevertheless, its uncontainable excess acts as a visually poetic rendering of Lionel's suddenly required spurt of maturity, with the death of his mother a significant departure he must literally fight to move on from. These blood ties take on disturbing and profound depths when, in the gargantuan climax, the monstrous, mutated Vera tears open her stomach so as to return her son to the womb. I'm yet unable to connect the creative ties between this and Jackson's equally masterful work on The Lord of the Rings (save for the visual homages that populate his trilogy, particularly in The Return of the King), but Braindead - at the very least - exhibits the resourcefulness that would allow this Kiwi to redefine the modern blockbuster some ten years later. In its own compact way, this exhausting zombie outtake is just as epic as that trilogy. Rarely has the urge to expectorate one's lunch been a feeling so sublime.