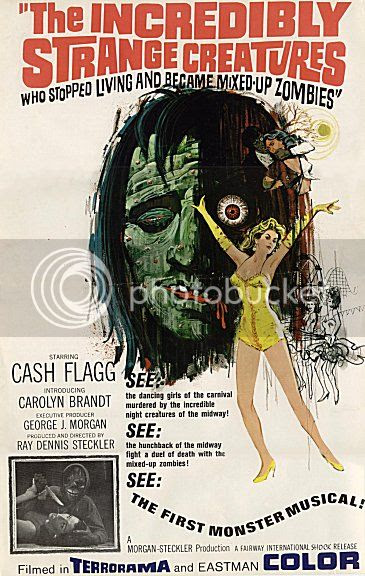 If, in the annals of long-ass movie titles, Dr. Strangelove or: How I Learned to Stop Worrying and Love the Bomb occupies a rung near or at the top of the ladder, then T.I.S.C.W.S.L.A.B.M.U.Z. almost certainly rests at (or below) ground level. Even when viewed in the context of its classic Mystery Science Theater 3000 showcasing (episode 812, which I am in effect reviewing here, having been unable - and slightly unwilling - to track down the film by its lonesome), it is a barely watchable, incoherent mess of dance numbers and rote, often incomprehensible exposition, a film simultaneously coming from nowhere and utterly without a destination. Forget the fact that the zombies indicated in the title are anything but and only show up about five minutes before the end credits; this is the kind of film that threatens to disarm any critic, as reviewing it amounts to little more than listing the basics of filmmaking and pointing out the extremity with which each one is ignored. Bless you, Mike, Tom and Servo - we couldn't get through it without you. 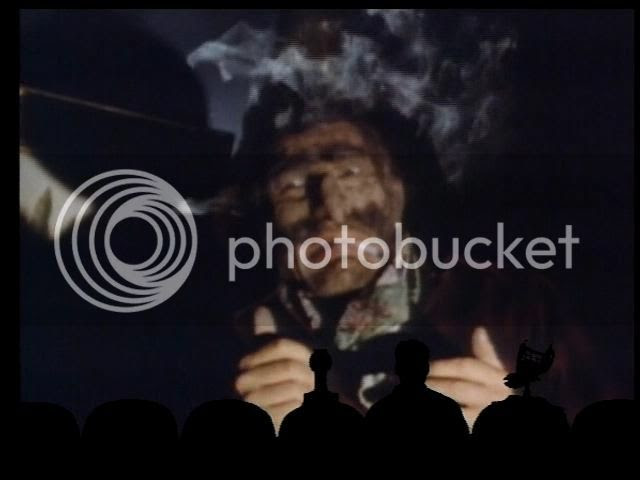 From the outset of this marathon, I knew it would be impossible to ignore this most memorably titled of films, and am delighted to have found an opportunity to mesh together my immense love of the living dead with what I consider the greatest television show of all time (another film, 1986's Zombie Nightmare, starring none other than Adam West, was covered by the series in its sixth season). The film itself, unfortunately, remains a turgidly bad affair severely wanting for atrocities of a more actively embarrassing nature; it's a testament to Mike and the 'bots' riffing skills that they remain consistently hilarious amidst such tedium before them. The opening scene sees a decidedly doughy salesman refusing the sexual advances of the fortune teller Madame Estrella (Brett O'Hara), who - with the help of her assistant Ortega (played by Don Russell as essentially poverty manifest; after this episode, the grizzled, iconic character would become something of a regular on the series) - punishes her would-be partner by pouring acid onto his face. It's a good twenty-five or thirty minutes before we return to this bit of established narrative, a time frame taken up by at least ten minutes of dancing sequences hardly worth their weight in popcorn butter. Crow pointedly remarks, "Cinematography by Zapruder!," and it's anyone's guess as to how one of the film's photographers, Vilmos Zsigmond, would manage to go on to everything from McCabe and Mrs. Miller to Close Encounters of the Third Kind. To his credit, though, he was fourth and last credited. Maybe he only interned.

Director Ray Dennis Steckler stars as Jerry, a free spirit who scoffs at the idea of weighing himself down with a job or education, two of the many means by which society aims to enslave one's mind and spirit (at least, that's what I gather from the barely decipherable sound design). When a trip to the local carnival reveals to him a strange connection with one of the customers of the aforementioned fortune teller, Jerry makes a point to find out just what's going on at the mysterious palm reading booth, only to be hypnotized and enslaved by Madame Estrella, who forces him to carry out her murderous biddings. The film features enough purportedly "suggestive" dance numbers so as to effectively ward off puberty for three to five years in any of its younger male viewers, and it's a long uphill battle before the much-touted zombies make their ultimate appearance. No matter, really; Zeus himself couldn't be expected to save this dreck, while watching the film itself provides explanation enough for the absurdity of the title, which feels cut from the same cloth as the murky anti-scenery. Whatever it was that the creative forces at hand were smoking, they had a lot of it. 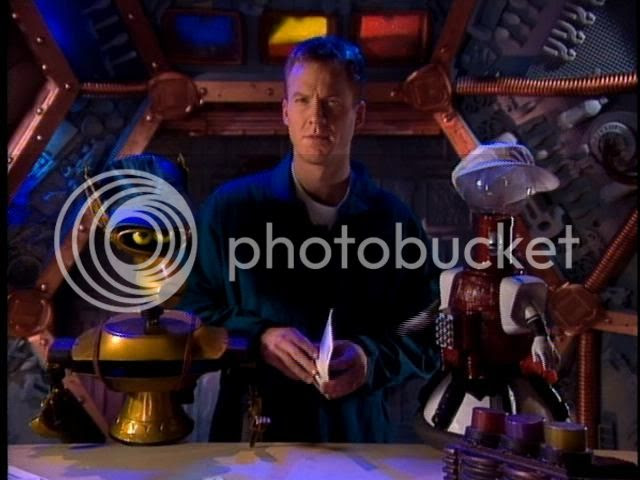 The opening host segment of the episode brilliantly riffs on the excessiveness of the film's self-justifying title; the robots are both partaking in a walk-a-thon to raise money for various causes, with the name of the Tom Servo's organization of choice - Helping Children Through Research and Development - ultimately revealing itself as the most obnoxious acronym of all time. Other gaudy aspects of the production - from the unwitting reliance on carnival-esque imagery to the high rising hair styles of the day - find similarly deserving lampoonings between commercial breaks; horrendous though the film may be, this is typical stuff for this trio of seasoned viewers. However, unable to sit in those hallowed seats on the Satellite of Love myself, I desperately searched the proceedings for meaning, style, or subtext - anything to take away the pain from the seemingly countless, completely sexless striptease sequences (say that five times fast). While the chance remains that the film was in fact meant as a commentary on social oppression - Jerry is elevated to some kind of martyrdom after a climactic, incomprehensible police chase along the beach ends in his tragic death - the reality is that it is a work entertaining only through its own astounding incompetence.