(AKA The Living Dead at Manchester Morgue, Don't Open the Window.)

Although the social relevance of Let Sleeping Corpses Lie is likely to have had greater impact (and well-earned shock value) during its initial release, its intelligence in approximating the cultural conflicts of the day has since earned it the quality of timeless relevance, even if the film itself is relatively unknown compared to many of its 70's horror brethren. Two young people en route from London to the countryside are united in their heretofore separate journeys after a chance (albeit slight) collision disables one of their vehicles; suffice to say, their subsequent attempts to find their way about put them in precisely the wrong place at the wrong time. A pit stop to ask for directions sees the initial implementation of a new piece of machinery on a nearby farm; the device, channeling ultrasonic radiation capable of covering a radius of several miles, neutralizes the insect and parasite population by irritating the critters' nervous systems to the point where they kill each other off. Unbeknown to all (and strictly according to this film's brand of science), the nervous systems of recently deceased humans share similar qualities with such lower life forms, here reanimated and immediately turned into murderous beasts with a cannibalistic hunger for their living counterparts. 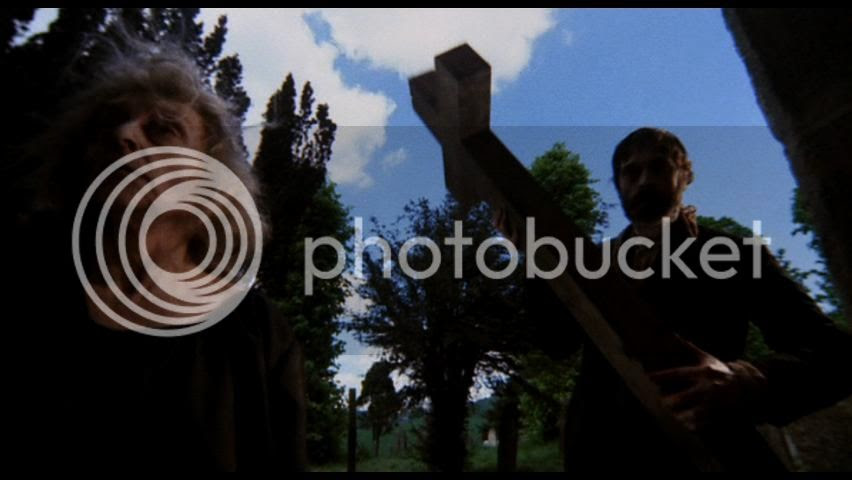 As dead bodies begin piling up about the humble countryside, the local law enforcement is quick to blame the two youngsters, who always happen to be present at each new crime scene and who - unfortunately for them (in a deeply ironic manner of speaking) - always manage to escape unharmed and without either witnesses or evidence to back up their innocence. Beneath the tangible zombie carnage unfolding on the screen, Let Sleeping Corpses Lie is a potent exercise in radical/conservative tensions; the police chief, wary of the anti-establishment youth suddenly in his midst, is quick to blame them for the Manson-esque murders soon as look at them, knocking them for their "long hair and faggoty clothes." Our passively hippie protagonists, then, wage a layered battle: themselves versus the walking dead who want to tear out their innards and eat their faces, their progressive values versus the stubborn traditions of the authorities, and their naturalism versus the destruction wrought by modern technology. No moment of this multifaceted conflict is more potent than when a zombie attempts to break down a door safeguarding our protagonists, wielding a giant cross as a battering ram. Accused of Satanism, these youth make no proclamation to religion, the film's siding with them suggesting a skepticism towards any higher power amidst such unneeded hell on earth. 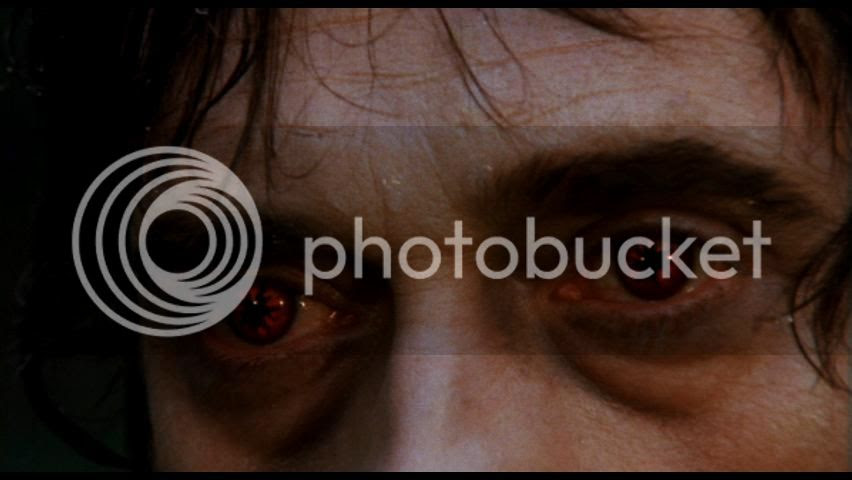 The method by which Let Sleeping Corpses Lie fuels its supernatural narrative remains a bit of a stretch but the film justifies itself by remaining unwaveringly true to its chosen brand of logic; in one particularly creepy scene, we learn that the nervous systems of infants are susceptible to the infecting radiation as well (it's a hospital nurse who learns this fact the hard way). Similarly are the characters occasionally thick-headed to the point of irritation (a not uncommon trait to a wide portion of the genre), but so too are the archetypes they deliberately embody. Even if judged on style alone, the film would be a triumph; though not much different from your typical lurching creeps, these zombies wheeze and moan like no other, a simple audio gimmick that is blatantly manipulative but absolutely creepy, not the least for its relative subtlety. Let Sleeping Corpses Lie artfully builds its atmosphere of spiritual (and social) unrest with its gliding cinematography, and the thrills pile up faster than any of its potential flaws or abandonments of logic. Though no Halloween or Carrie, this little gem is not unlike an undiscovered wine, long ripening and ready to be savored.