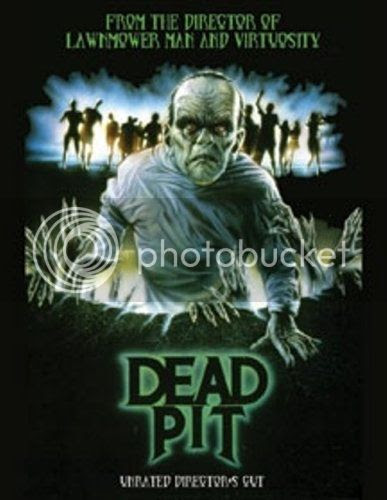 Occupying that unfortunate space between the not-quite-painful atrocity and the so-bad-its-good spectacle of disaster, The Dead Pit instead stuns with its ineptitude around every corner without ever giving in to the trashy joys potentially affording by its bottom-of-the-barrel decor. To hell with being nice: this film is junk of the barely watchable kind, and recommended only to viewers with blood alcohol concentrations well above the legal driving limit. The right mindset can make even the most rancid movie enjoyable in a backwards, jeering manner, but The Dead Pit is virtually unforgivable in its glaring menace. Michael Bay may be reprehensible but at least his films are watchable in the technical sense of the word; the makers of The Dead Pit shouldn't be blamed for the obviously minimal budget at hand, but their complete ignorance to any style outside of the film's synthetic haunted house masturbation suggests deliberate intent to harm the audience. Incidentally enough, the film takes place in a mental hospital, and after experiencing something that makes The Incredibly Strange Creatures Who Stopped Living and Became Mixed-Up Zombies look good by comparison, such a locale may be just the respite one needs. 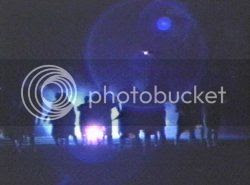 Ramshackle as it is from one moment to the next, the film actually has a somewhat discernible plot amidst its borderline nauseating imagery (seriously, try to not become disoriented by the roving hallway shots). Dr. Ramzi (Danny Gochnauer) is a brilliant surgeon whose genius has slowly given over to inhumanity and madness, and has taken to torturing and killing patients in his attempts to conquer death. To save both his life and his career, Dr. Swan (Jeremy Slate) kills Ramzi and leaves him to his hidden basement tomb ("Cask of Amontillado" style), where the reclusive doctor is quickly forgotten. Twenty years later, Swan encounters an amnesiac patient (Cheryl Lawson) spouting delusions about an evil surgeon and "the people in the basement," a prophecy that quickly comes to pass. Thanks to its cheapo videowork and synthetic score redundant of every other B horror flick of the 80's, The Dead Pit achieves a kind of hallucinatory madness in its drawn-out climax; the zombie makeup looks like shit but the grain is so artlessly heft that it's hard to tell the difference. Too bad, then, that the total sense of visual, narrative, and logical disorder prevents any of these bare-bones aesthetics from working in a way not akin to razor blades followed by lemon juice. The uniformly thankless and irony-free performances even strip the moments of gratuitous nudity of their campy would-be joys, while the cameraman seems to have perfected his ability to shoot every scene from the worst possible angle. One character, in a moment of self-sacrifice, exits not unlike James Cagney in White Heat; with about ten minutes to go before the end credits, he took the easy way out.

Note: Thanks go to my love Shannon for providing me with this hard-to-find gem of an inclusion. Anyone who has thus far enjoyed my output should personally thank her for her profound tolerance/support of my cinephilia. I adore you.